Regardless of what you think about Kendall Jenner or the Jenner-Kardashian family, you’ve got to admit she’s got fantastic taste in cars.

Recently at the centre of a spicy ‘cultural appropriation’ debate – sparked by the launch of her new tequila brand, 818 – Jenner’s made headlines again with her latest automotive purchase: a creamy cappuccino-coloured 1965 Chevrolet C-10 pickup truck she was spotted leaving a pilates class in over the weekend.

Kendall’s got form where vintage cars are concerned: unlike the rest of her family, the 25-year-old model and socialite prefers retro American style to European luxury. While she does own a few modern, stereotypical celebrity whips – like a modern Range Rover – her prize possessions are her older vehicles, such as her 1957 Corvette C1, 1969 Chevrolet Camaro SS, 1965 Ford Mustang and 1960 Cadillac Eldorado Biarritz. 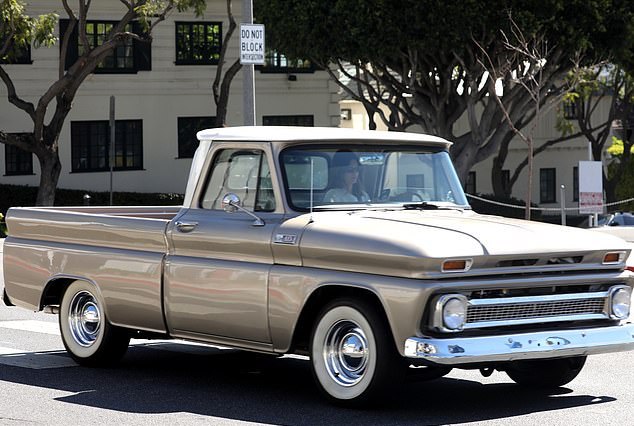 Take Euphoria actress Sydney Sweeney and her baby-blue first-generation Ford Bronco. That’s a much classier car than your average Jeep Wrangler or BMW X6. Lady Gaga’s got a first-gen Bronco too (she also owns a first-generation Ford SVT Lightning, and a Chevy El Camino), as does Kevin Hart, who’s modified his to ride so high he has to jump to get in it.

Jenner’s in worthy company, then. It also makes her pilates partner Hailey Bieber and her Tesla Model X look rather boring in comparison…

Jenner recently joined fellow A-listers Naomi Campbell, Playboi Carti, Skepta and J Balvin – as well as her sister Kylie, her partner Travis Scott and half-sister Kim – for the elaborate debut of Matthew M. William’s first campaign for Givenchy as creative director. Williams is also known as the founder of cult label 1017 ALYX 9SM and for his collaborations with brands such as Nike, Moncler and Dior.