We Australians are rightfully pretty proud of our coffee culture: while there’s still a strong degree of snobbery from ‘the Old World’ about Australian coffee (or wine, or dining, or film…), the fact remains that the Land Down Under boasts one of the most complex and discerning coffee and cafe cultures in the world.

Sometimes we let that get to our heads. We might be the recipients of snobbery but we dole it out ourselves: we love to make fun of American coffee culture, with most Aussies keen to have a swipe at their love of filter coffee and Starbucks. Sure, the average espresso in Sydney might trump the average Seattle brew (and give the Romans a run for their money), but we can’t pretend we’re that much better than them.

Case in point: this absolute trainwreck of a coffee order one poor Byron Bay barista had to deal with that was brought to our attention by yuppie anthropologist @lordsofbyronbay. It’s one of those images that the more you look at it, the more concerned you get. Our deepest sympathies, Carola. 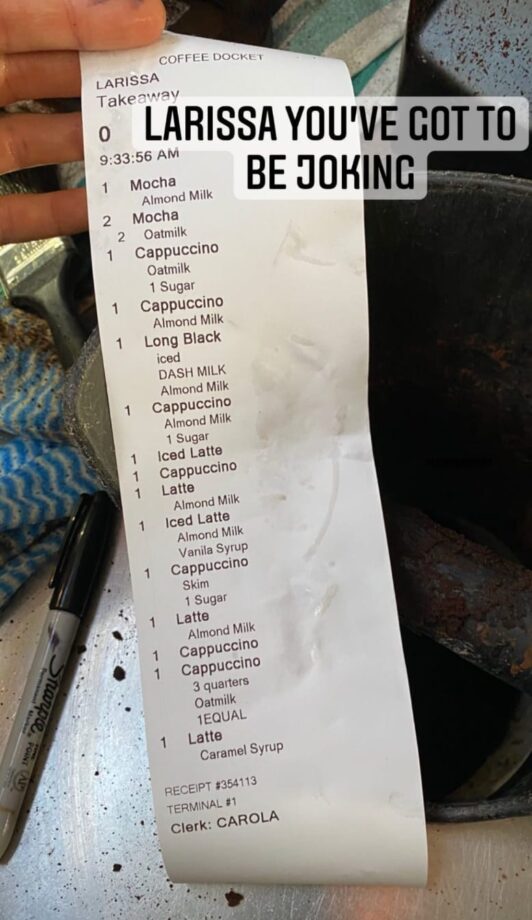 No amount of casual loading is worth a receipt this long.

There are two ways this could have played out. Option #1: the server was going around a table asking people for their orders. That meant that person #14 wasn’t paying attention. They could have made things easier for the server and just chimed in when #9 made their order – “I’ll have a standard cap too, please”. That they didn’t means that they’re either indecisive (weak!) or just entitled (rude!)

Option #2: our friend Larissa went up to the counter and did one big order all at once. That’s equally as rude and/or disorganised; she should have collated identical orders together to make things easier for the staff member taking the order, like how she did for orders #2 and #3. We have no sympathy for people who waste hospitality workers’ time. Poor form, Larissa.

Secondly, and perhaps more pertinently, take a look at this list of coffee sins. A latte with caramel syrup? Oat milk mochas? A skim cappuccino? And just too many cappuccinos, frankly. This receipt would be considered tantamount to a hate crime in most of Italy. And of course this happened in Byron, Australia’s new yuppie capital. 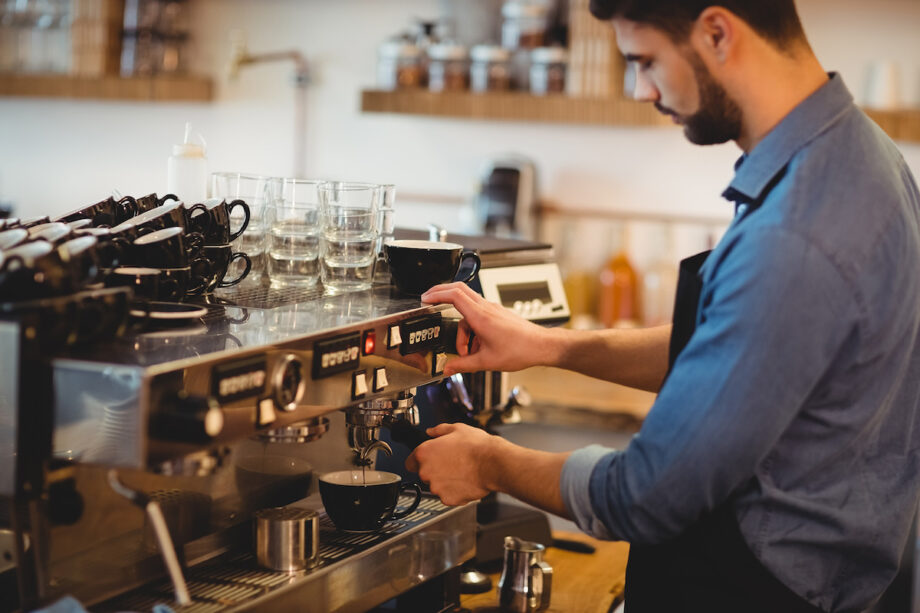 Maybe we’re working ourselves up into a lather. When we spoke to Sydney barista Max Groh earlier this year, he related that he’s not fussed by complicated coffee orders – “people can drink their coffee however they want.” What really bothers him (and most baristas) is when customers “don’t know their orders” and try to make modifications once he’s already started making their coffee.

RELATED: ‘I’ve Become Everything I Hated’: Confessions Of A Coffee Snob

We also feel some sympathy for Larissa. We wouldn’t be volunteering to dictate such a long and complicated order either – we’d surely make a few mistakes ourselves. Alternatively, she generously paid for the table and had to deal with the always-painful process of having people transfer her, pay her back, etcetera. Maybe Larissa’s really the unspoken hero in all this.

Still, we wonder if any of these coffees were ordered by a Range Rover driver…