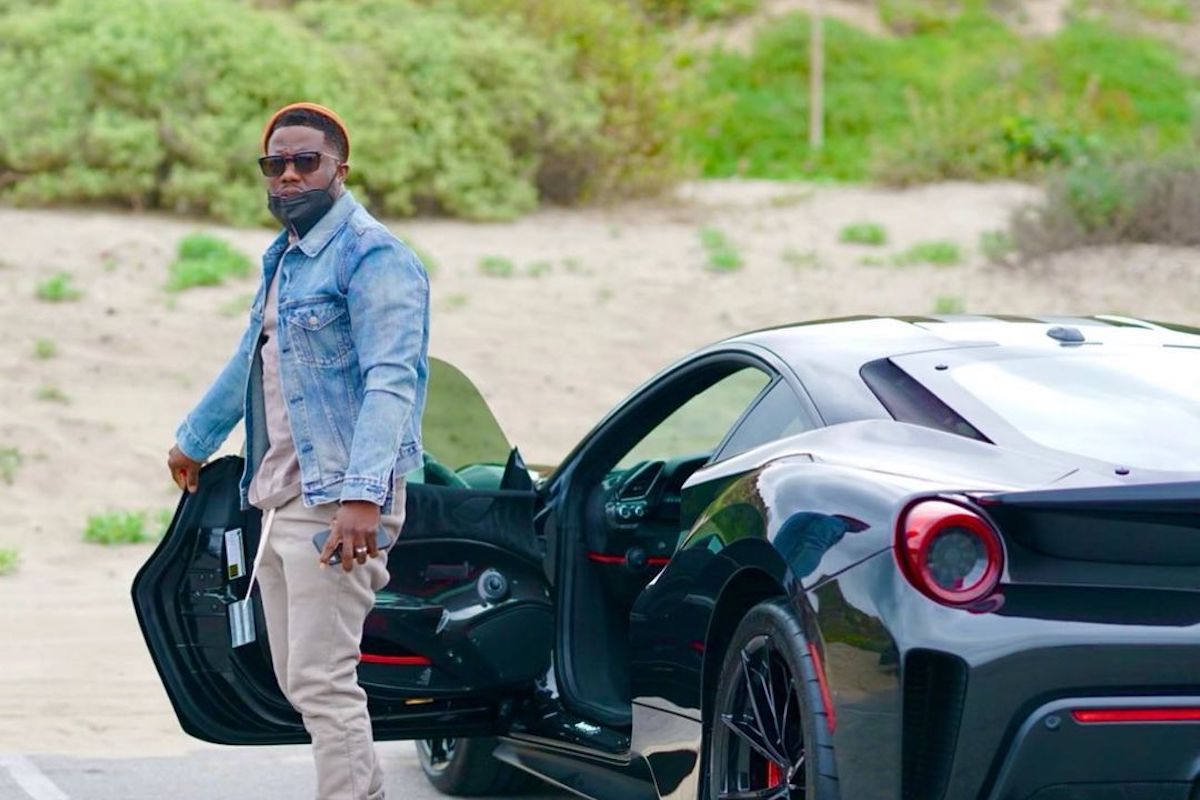 More often the case than not, money tends to go to celebrities’ heads, no matter whether they’re famous for their sporting prowess, starring in Hollywood pictures or having rich parents. Money is no substitute for good taste.

Thankfully there are some celebrities who know how to spend their millions tastefully – Kevin Hart being one of them. The 41-year-old stand-up comedian, actor, and producer is well-known for having an expansive luxury watch collection and for being one well-dressed gent, but he also boasts a rather impressive car collection.

He owns a few classic cars – like a modified Ford Bronco (that rides so high he has to jump to get in it), two first-gen Mustangs and a Pontiac GTO – as well as a bunch of modern performance vehicles, including a 2019 Aston Martin Vanquish and a Mercedes-Benz AMG SLS Black Edition.

But there’s one brand (or more specifically, one car) that he’s most enamoured with – Ferrari, and the Ferrari 488. Hart owns four Ferraris: a 458 Spyder, and two(!) 488 GTBs; one in red and one in black. Now it seems he’s added yet another 488 to his collection, showing off a new 488 Pista on Instagram over the weekend.

This 488 Pista might just be the most impressive car in his garage, too. Not only is it a sleek-as-hell track-focused variant of an already very spicy automobile, but the 488 Pista has the unique distinction of being powered by the most powerful V8 engine in Ferrari history. It’s one hell of a flex.

First introduced in 2018, the 488 Pista (track in Italian) is the most powerful production version of the 488 available to the public and features many mechanical and exterior modifications to make it more capable than Hart’s 488 GTBs. Its 3.9L twin-turbocharged V8 engine produces an earth-shattering 530 kW thanks to new camshafts, a larger intercooler, strengthened pistons, titanium connecting rods and upgraded exhaust manifolds in the engine borrowed from the 488 Challenge race car.

The Pista is easily distinguished from other 488s by its front end: its hood features a huge vent designed to create huge amounts of downforce over the car’s nose at high speeds. Other distinguishing features include even more aggressive and distinct aerodynamics as well as a weight-saving interior crafted with carbon fibre and Alcantara. Oh, and its performance figures: it does 0-100 km/h in 2.85 seconds, 0-200 km/h in 7.6 seconds and has a top speed of 340 km/h.

Performance aside, the Pista might just be one of the best-looking Ferraris ever made. That hood vent is incredibly distinctive and dramatic in the best possible way. That it’s street-legal boggles the mind… That Hart already owns two 488s and decided that they weren’t enough is also pretty mind-boggling to consider.

Ferrari also makes a 488 Pista Spider. Maybe Hart will also be looking to pick one of those up. You know. To complete the collection.

In other news, the multi-disciplinarian funnyman recently announced that he’s teaming up with director John Hamburg (of Meet the Parents fame) for a new Netflix comedy film titled Me Time. He’s also set to star in the upcoming comedy film The Man From Toronto this year, as well as in the upcoming drama Fatherhood.