The sort of damage ‘cupping’ inflicts upon one’s back is more reminiscent of what you might expect in a dodgy scene of Wolf of Wall Street than one you might find in a beachside health clinic.

I thought I’d try it anyway. Which is how I found myself lying face down on Dr Cody’s table, ready for this new-age version of – what I dismissively thought of, at the time as – ‘basically leech therapy.’

Dr Cody must have sensed my reservations. As my limited knowledge of cupping – a kind of ‘anti-massage’ which involves lifting rather than pressing your muscles – surfaced, he reassured me that this ancient alternative medicine is undergoing a renaissance, and is being sought out by everyone from business executives to professional footy players.

“First time cupper over here,” The Rock captioned the post. “Looks more gnarly than it feels, but over all I enjoyed the therapy.”

“We only get one body, so we gotta take care of it.”

“Always looking for new techniques to keep this 250million-year-old dinosaur body balanced and optimal with not only all my past injuries but my daily grinding family/work/training/repeat schedule.”

“It all takes its toll, so being proactive is critical.”

Anyway – back to my massage table…

For the uninitiated, cupping works like a deep tissue massage, causing disruption to your capillaries and increasing blood flow to the area. While some call it a giant scam yet to be supported by science, others (like Michael Phelps) say it really helps them.

Placebo or not, when I went into Combined Clinic’s Darlinghurst clinic my neck was tighter than the precinct’s nightlife legislation and when I came out I felt ready for a warehouse disco.

If you are interested in the scientific debate as to how beneficial it really is, long term, head on over to WebMD or Medical News Today.

But if you want to hear what cupping feels like, and the immediate physical aftermath; this is one man’s guide to getting cupped. 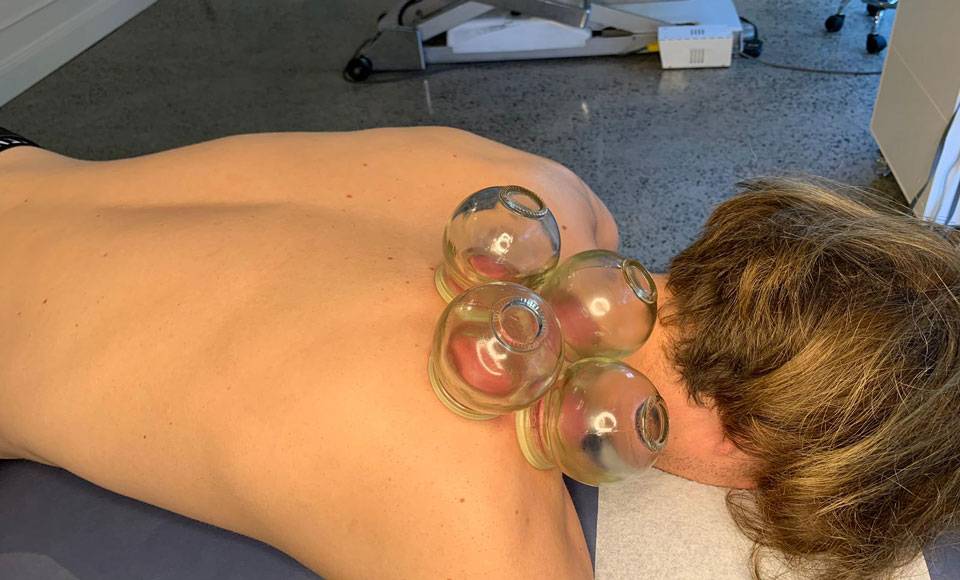 The Set-Up Is Very Professional

People (read: me before experiencing it) like to dismiss this stuff as ‘nue-age’ but Dr Cody’s eagle eye soon became apparent. He asked me to perform a few brief tests, discovering that although I have good range of motion one way, my ability to tilt my head laterally is “horrific.” This then enabled him to determine where best to place the cups.

The Suction Doesn’t Hurt As Bad As You Think

Googling images of patients covered in giant boils before arriving was offputting. However, after Dr Cody lit the cotton ball inside each cup (to fill it with carbon dioxide, thereby creating suction) and put it on my back, I realised that although the ‘grabby’ sensation was a shock, it wasn’t too painful. And in the odd case that it became too much, he simply loosened the seal for a second to reduce the pressure.

Then came the more ‘massage-y’ element of the anti-massage: moving the cups. Suffice to say Dr Cody concluded I was a wuss. This part was very uncomfortable (though I still agree with The Rock in that it looks gnarlier than it really is).

It Doesn’t Actually Take That Long

Unlike some practitioners, who leave the cups on for hours (in some cases, bursting them with a pin and filling the cup with blood, but we won’t get into that) Dr Cody waited until the ‘boils’ reached a colour where the benefit was not going to be any greater if we waited longer, and took them off. This took about 5 minutes.

As the last of the cups was removed I felt instantly more flexible – as if pinching parts of my neck and back muscles out of my skin had somehow elongated them.

You Will Bruise Quite A Lot 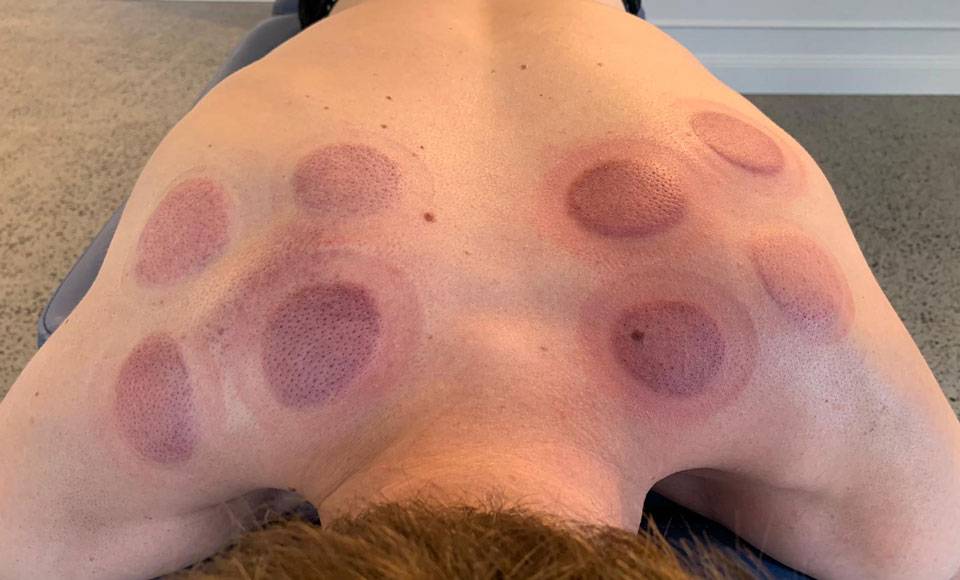 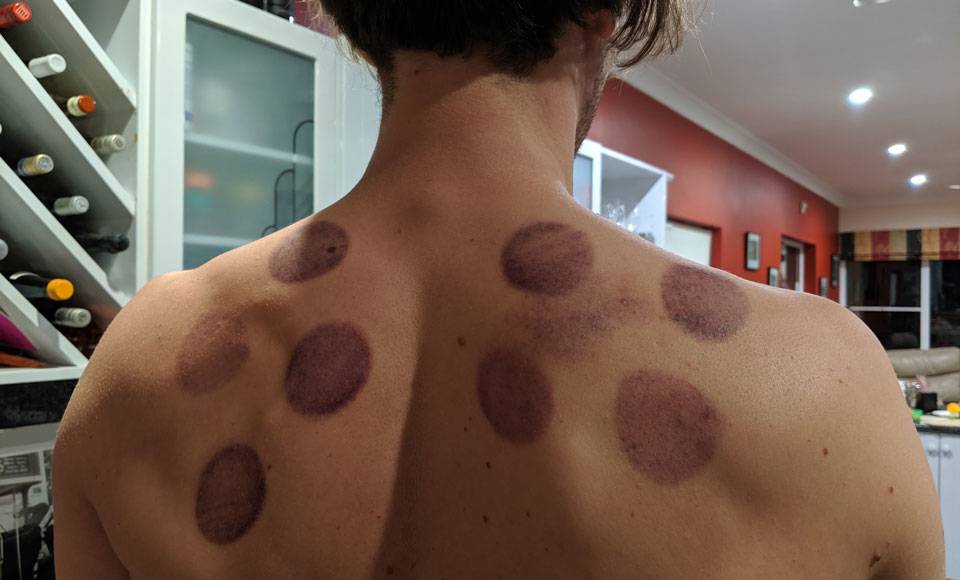 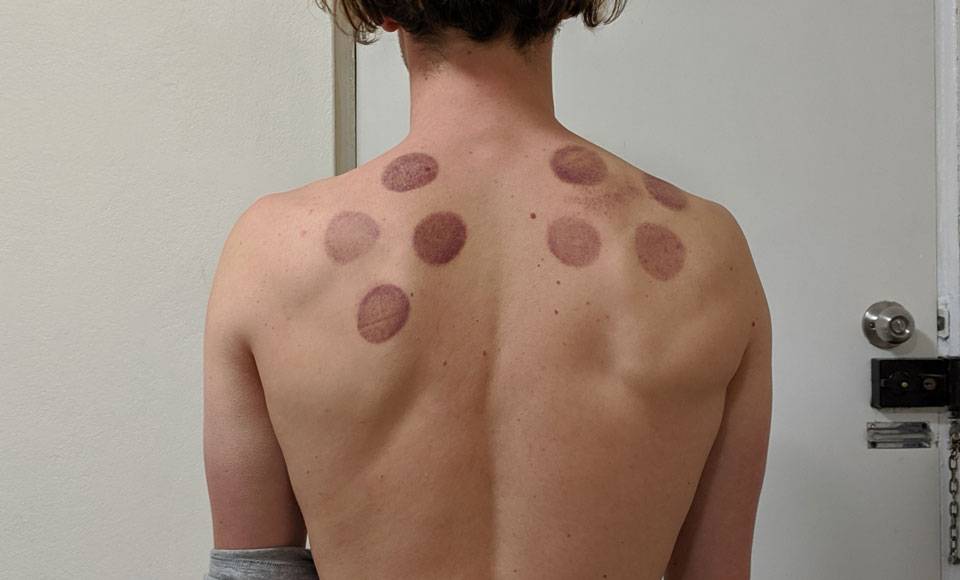 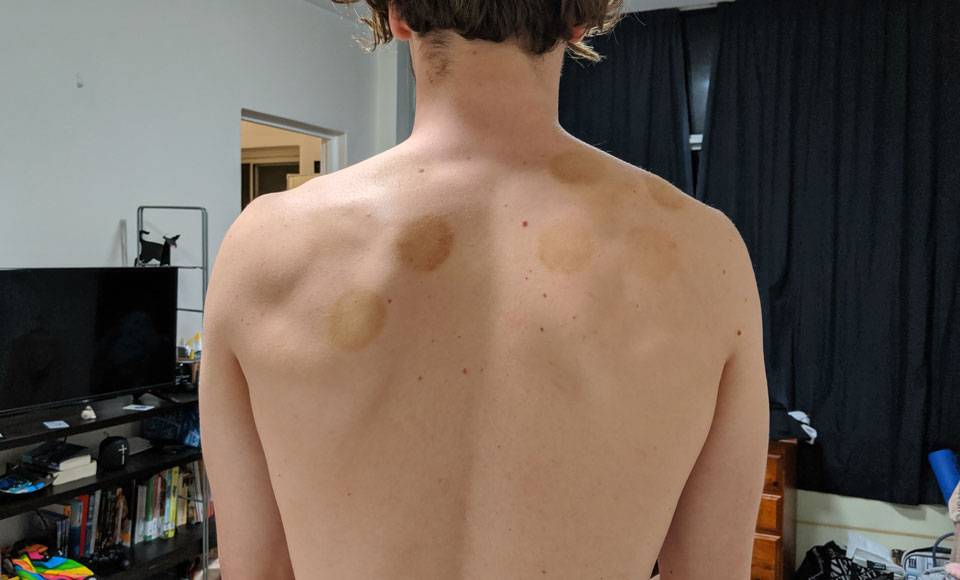 The Loose Feeling Lasts A Few Days, But Not Much Longer

For me at least the enhanced flexibility lasted about 48 hours, until a late night with a laptop put me right back where I started. But just for those two days, I would say the experience – personally – was well worth it. However, Dr Cody recommended I wait a few weeks at least before doing it again, as it is important not to overstress your blood vessels.

The conclusion? The pain on the table nearly broke me, the two days of looseness fixed me, then I went and broke myself again. Here’s to next time…