Finland is a country of serial overachievers.

Despite having a population of just over 5.5 million, the tiny Nordic country has had an outsized influence on the world. From companies like Nokia and Kone to inventions such as ice skates, Linux, SMS and of course the sauna, the Finns are an industrious bunch.

But their most impressive export isn’t indestructible mobile phones or day spas: it’s athletes. Name a sport and the Finns have had a world champion in it: athletics, track and field, ice hockey, shooting, motorsports… It’s the latter they’re best known for, with drivers like Tommi Mäkinen, JJ Lehto, Kimi Räikkönen and Keke Rosberg all hailing from Finland. It’s perhaps not surprising that motorsports is the field in which Finns really shine, as the sport requires a certain type of tenacity that the Finns are culturally disposed to having.

It’s called sisu – a term that eludes easy translation into English. Variously described as bravery, stoicism, toughness or ‘guts’ – with a heaping of craziness, or a never-may-die attitude – it’s a form of resilience that’s considered culturally unique to Finland.

Perhaps the poster child for where sisu can take you is Valtteri Bottas: nine-time Formula One Grand Prix winner and current world #2 driving for Mercedes-AMG Petronas F1, Bottas is yet another ‘Flying Finn’ dominating world sports.

Cool, tactical and tenacious, he’s an exciting driver to watch… And a really nice guy to chat with, it turns out. DMARGE had the opportunity to sit down with Bottas late last year during the Formula One World Championship and pick his brain, and indeed, Bottas suggests sisu is the secret sauce behind Finns’ success.

“The mentality of Finns, in general, is particularly good for [motorsports],” he elaborates, “because you really need to stay calm, even in the most difficult situations; keep yourself in control mentally; have determination.”

It’s this determination that’s seen him rise to the top of his sport, as well as in his personal life: when he’s not burning rubber on the world’s fastest circuits, he’s an ambassador for world-renowned luxury watch manufacturer IWC Schaffhausen, an accomplished cyclist and has even set up his own tourism company, the Valtteri Bottas Experience. 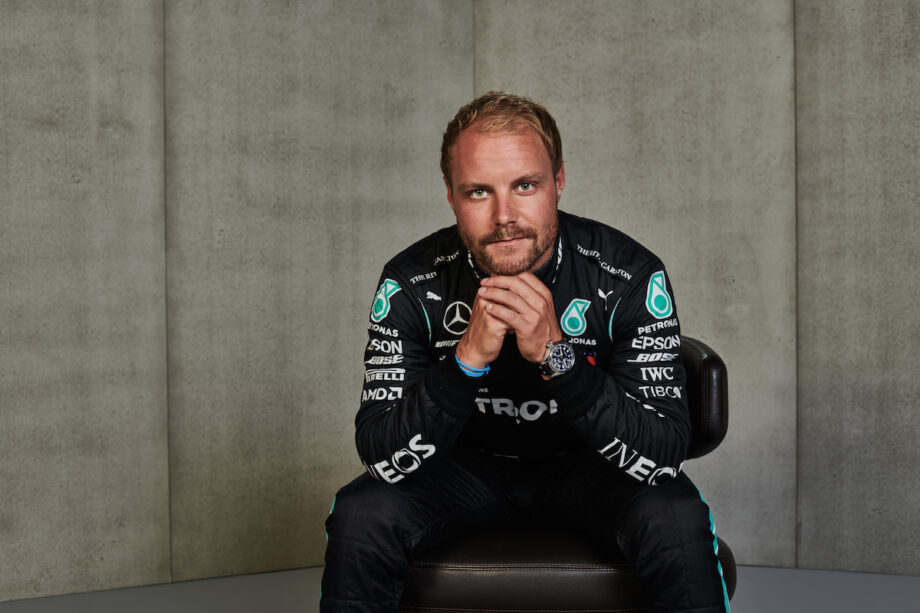 RELATED: The Best IWC Schaffhausen Watches To Buy In 2021

The other factor Bottas points is that he and other Finns have benefitted from having plenty of role models to look up to – in many ways, a self-fulfilling prophecy.

Indeed, it’s Häkkinen who first introduced the concept of sisu to the wider motorsports community, the typically understated former Formula One World Champion describing the concept to James May during a 2008 episode of Top Gear, as “the Finnish courage,” elaborating:

“Let me give you an example. Climbing a tree and jumping down from there, that doesn’t mean sisu… you need courage to be able to brake late, to go on the throttle really early, to go really close to the apex of the corners.”

Here at DMARGE, we’ve talked before about how we need to rethink our relationship with ‘resilience’ as well as how important ‘getting gritty’ can be for our mental health. Despite its quintessentially Finnish nature, it’s a character trait that more of us ought to pay attention to, as it could be the hidden secret to success in life. The importance of cultivating worthy role models – people who show determination, quiet inner fortitude and skill without looking to brag – is also something that we ought to learn from Bottas and other Finns, too.

Reflecting on his 2020 F1 season, which saw him nab 2 first places and 11 podiums, Bottas was characteristically modest. That’s that sisu again.

“How do I feel about 2020? It’s been kind of mixed. Obviously, I’ve got a couple of wins and some losses, but if I look at the points standings it is not what I aimed for, for the season. But there’s been many positives. Overall some good improvements within myself in terms of my race pace… my performance is getting better. It’s just many fine details… I also don’t feel that luck has been on my side. But overall, it’s been good. I tend to look at the positive things.”

Bottas will be rejoining teammate Lewis Hamilton at Mercedes-AMG Petronas F1 for the 2021 Formula One World Championship, which is set to kick off with the Bahrain Grand Prix on the 28th of March.