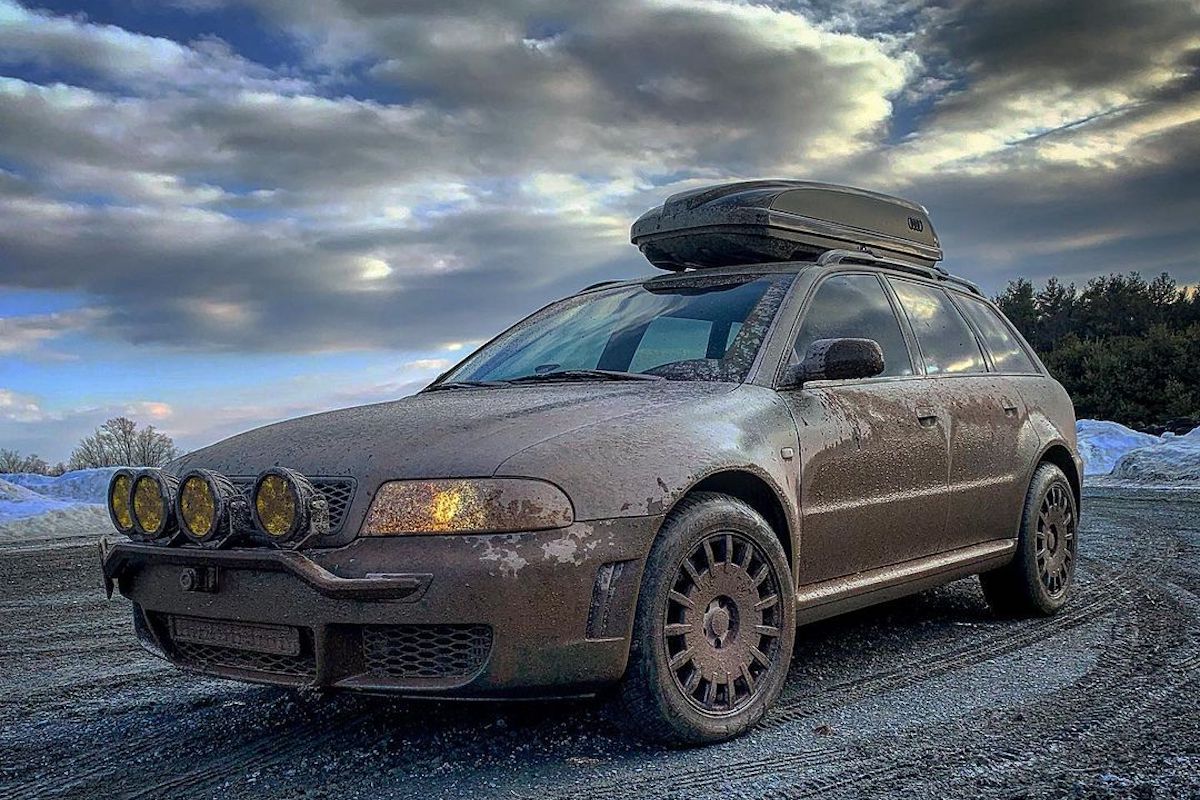 Australians love a bit of off-road action – now more than ever.

With leaving the country an impossibility thanks to The Spicy Cough, many Aussies have instead invested the money and time they’d otherwise have spent on overseas trips on buying or upgrading their cars. Performance bits, van conversions and of course, off-road modifications are being seen more and more often on Australian roads.

But some car lovers have taken this trend of COVID car off-road mods and really ran with it – leading to all sorts of insane off-road builds like the Mad Max-ready Audi RS4 Avant pictured above or this Lamborghini Aventador with tank tracks.

When it comes to safari-ing, the more incongruous the car, the better. Mud tires and a lifted suspension for a Lexus LS400? Turning a Honda Civic into a beach buggy? The sky’s the limit. Other popular candidates for modification include the Volkswagen New Beetle, Mazda MX-5s and the venerable Fiat Panda.

While ‘safari-ing’ cars isn’t purely a 2020/2021 trend, it’s really over the last twelve months that it’s really taken off. More to the point, it seems to be a rather American phenomenon, with Australian or European enthusiasts thin among the safari-ing community’s ranks.

It makes sense that there are less Europeans getting on board the trend. Car modification rules in countries such as Belgium or Germany are incredibly strict – many of the things that Americans can get away with, like raising a car’s suspension with spacers or even affixing light bars to your car, are totally illegal there.

While (legally) modifying your car in Australia is hardly a walk in the park, it’s much easier here than it is in Europe. We’re also blessed with an abundance of cool places to go off-roading and a wide variety of cars locally to turn into off-road beasts. So what gives?

Maybe Aussies are just too scared to put an angle grinder to their whips because it’ll ruin their resale value. Although, as it turns out, safari-ing your car can actually increase its value. Take this 2007 Porsche 911 Carerra, which saw its value quadruple after it was tastefully safari modded – much more than the sum of its parts.

All we’ll say is that with the prices of local 4×4 favourites like the Land Rover Defender and Suzuki Jimny absolutely skyrocketing, maybe it’s time more Aussies turn to alternative avenues for getting our high-octane fix.

Anyone wanna help me put skid plates on my Ford Probe?