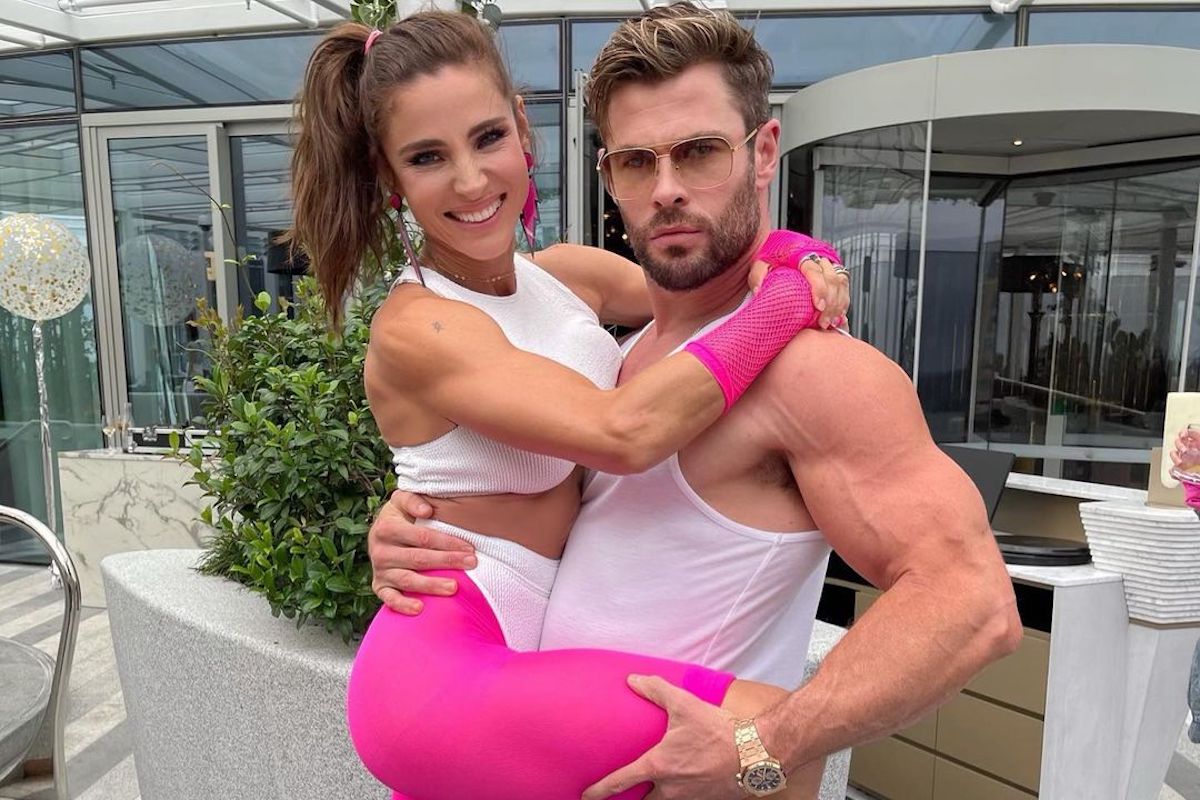 He might play a Norse deity in the movies, but that doesn’t mean Chris Hemsworth is immune from divine retribution in real life.

The 37-year-old actor, fitness icon and one of Australia’s prime exports has been back in the country for the last few months filming the next entry in the Marvel Cinematic Universe, Thor: Love and Thunder. He’s kept a reasonably low profile… Until now, that is. Earlier this week, Hemsworth held a birthday party for his assistant and childhood friend, Aaron Grist, at Sydney’s Crown precinct in Barangaroo.

The 80s-themed bash saw Hemsworth, Grist and a whole host of celebrity guests – including Idris Elba, Matt Damon and younger Hemsworth brother Liam – don some neon-heavy outfits and a whole lot of bling. In Chris’ case, that meant pairing a tank top and Adidas trackpants with gold aviators, a gold chain and a gold Audemars Piguet Royal Oak watch: a nice piece of wrist candy, but one the watch gods might not be best pleased with…

What’s the problem? Well, Hemsworth is a brand ambassador for TAG Heuer, so he really shouldn’t be wearing anything other than a TAG, especially in public. Look, we get it, the Royal Oak is an absolute classic – but it’s a bold choice, especially if you’re getting paid the big bucks to wear another brand.

First unveiled in 1972, the Audemars Piguet Royal Oak is easily the Swiss brand’s most popular model and one of the most influential watches of all time. Designed by the legendary Gérald Genta, the Royal Oak is considered to be the first luxury sports watch in the world, with other manufacturers like Patek Philippe, Piaget and Vacheron Constantin following suit with their own luxury sports watches – many of whom followed AP’s lead and also tapped Genta for their designs.

The AP is cool, but if Hemsworth was looking for a cool retro-looking piece of wrist candy, TAG has plenty of options up their proverbial sleeve, like the S/el (made famous by 80s icon Aryton Senna) or the original (and neon-coloured) Formula 1. We’re sure they would have been happy to dig through the vault for him.