Being the sexiest man alive is both a blessing and a curse.

It’s a blessing because… Well, who wouldn’t want to be the sexiest man alive? That’s one hell of a title. But it’s also a curse, or perhaps more accurately, a responsibility. Uneasy is the head that wears a crown and all that.

If you want to keep that title, you need to do everything you can to protect yourself; keep yourself worthy of that lofty claim. You’ve got to dress well, speak well, stay fit and healthy – and make sure as many people as possible can take a glimpse of perfection. It’s your obligation to share that beauty with the world.

Thankfully, Michael B. Jordan – the current holder of the title as determined by People magazine – has proven himself to be worthy of the title. In a very generous move, the 34-year-old actor has been spotted on the streets of New York wearing a transparent face shield instead of a mask, so that his legions of fans can get full view of his beautiful, beautiful face. What a gent. 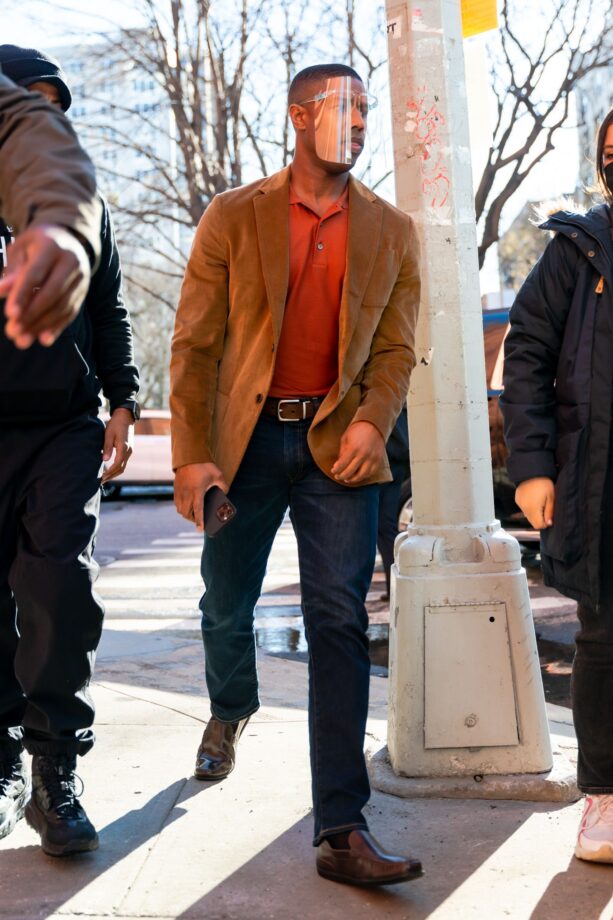 Okay, all jokes about the visor aside, his outfit is actually pretty dapper. It’s an eclectic mix of colours – brown, orange and blue – but he manages to pull it off with aplomb. Now this is how you do smart casual.

RELATED: How To Wear The ‘Smart Casual’ Dress Code For Men

But you can’t get away from how strange that face shield looks… While it’s certainly better than wearing no protection during These Trying Times, we can’t help but think that a surgical or cloth face mask would be a less intrusive, more effective form of PPE.

Indeed, a Japanese study conducted in September last year suggests that plastic face shields like the one Jordan’s wearing “are almost totally ineffective at trapping respiratory aerosols”, The Guardian reports.

So is Jordan genuinely wearing the face shield so that more people can see his handsome, handsome face? We’re not sure if that’s generous or foolish. The outfit’s crisp though so we’ll forgive him.