Some of the world’s most iconic car brands and models have a military history.

Jeep, of course, owes its existence to the groundbreaking 1/4 ton 4×4 of the same moniker that helped the US win WWII for the Allies. The ill-fated Hummer brand originally started as simply a civilian version of the HMMWV military truck, better known as the Humvee. Land Rover might not have been founded with an explicitly military focus, but many of their vehicles – most notably the Defender – have also found their way into military service.

Then you’ve got the Mercedes-Benz G-Class, better known as the G-Wagen, which can be found as both a rough-and-ready military vehicle as well as a luxury SUV. But unlike the Defender or the Humvee, which even in their civilian guises were still quite utilitarian vehicles, the difference between the civilian and military G-Wagens is vast – especially today. Modern G-Classes are some of the most luxurious SUVs money can buy, filled with acres of leather and all the mod cons. There’s even a Mercedes-Maybach Landaulet convertible version available for those with hip-hop superstar money.

Thankfully, you don’t need to be a superstar in order to afford an ex-military G-Wagen – which are the same car, just without all the bells and whistles. Take this veteran example of the famous 4×4 up for sale in Perth: with an asking price of only $17,000, it’s easily Australia’s cheapest G-Wagen. 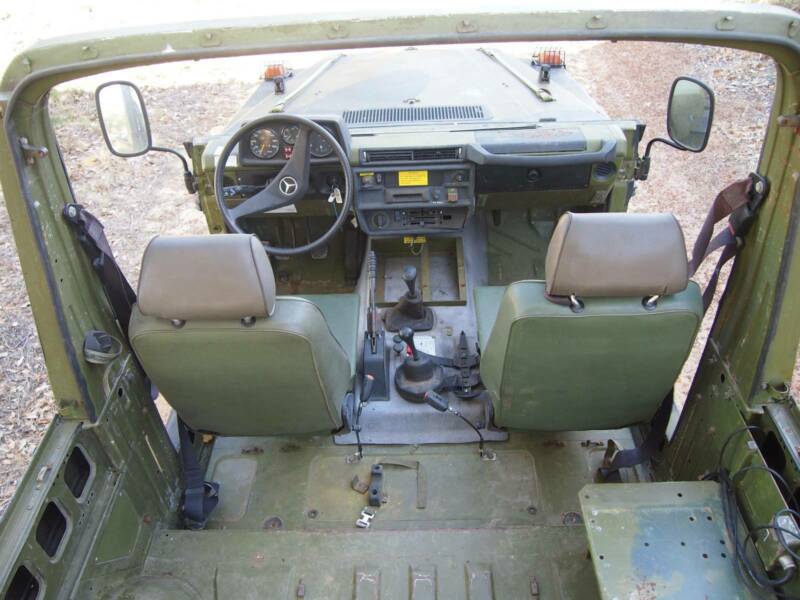 Feel the wind in your hair, the bugs in your teeth… Image: Gumtree

While the G-Wagen has seen service with the Australian Defence Force, this example is a scout variant as used by German, Danish and US special forces, the seller relates. (ADF G-Wagens are easily identifiable as they’re all right-hand drive).

“The vehicle is as it was in service, and still has the radio tuners fitted… No rust and good tyres, comes with the rare removable canvas doors, low [mileage], runs fine. Has factory diff locks front and rear… [An] unusual and collectable vehicle.”

Unusual is the operative term. This G-Wagen is incredibly spartan; little more than a metal shell with two seats bolted to it. It’s not clear if it will be sold with a soft top as well as the aforementioned canvas doors – the lister hasn’t provided many details – although that might be the least of your considerations, seeing as it’s also seemingly lacking a windshield. While it’s certainly a capable off-road vehicle, it’s hardly a practical daily driver, at least in this state.

Under the hood appears to be a 2.3L version of Mercedes’ venerable M115 inline-four engine, which dates this G-Wagen as being from the G-Wagen’s first generation, the W460, produced from 1979–1992. Capable of anywhere between 67 and 93kW back in the day, it’s hardly going to break any land-speed records – but these engines are pretty bulletproof. You could probably fix it with a few strong German curse words. 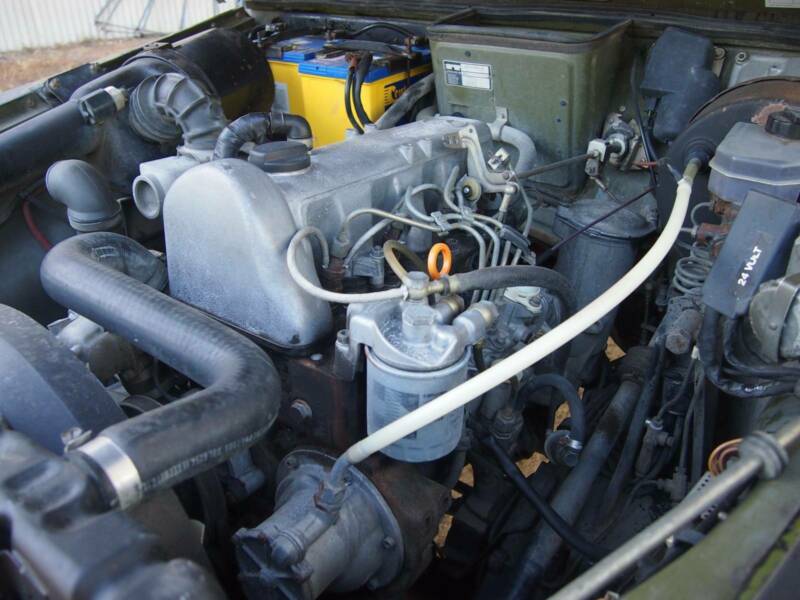 Boring engine, but there’s enough room for an LS in there… Image: Gumtree

Expert car spotter @car_rave puts it best: “you’ll find no AMG badges or side exit exhausts [here] unfortunately [but] you will find my respect… I am positive it will be on cushy beach house duty (somewhere expensive) for the remainder of its life. Unfortunate.”

He’s not wrong. No doors, no windshield and no creature comforts mean there’s probably not much else you could do with the car. So yes: that’s the catch. But still: what a car. G-Wagens are legendary, and as basic as this one is, $17,000 is still a steal. It’ll certainly show up any Byron Bay transplant in their Toorak tractor – and that, my friends, is priceless.

You can find this bad boy on Gumtree if you’re keen.