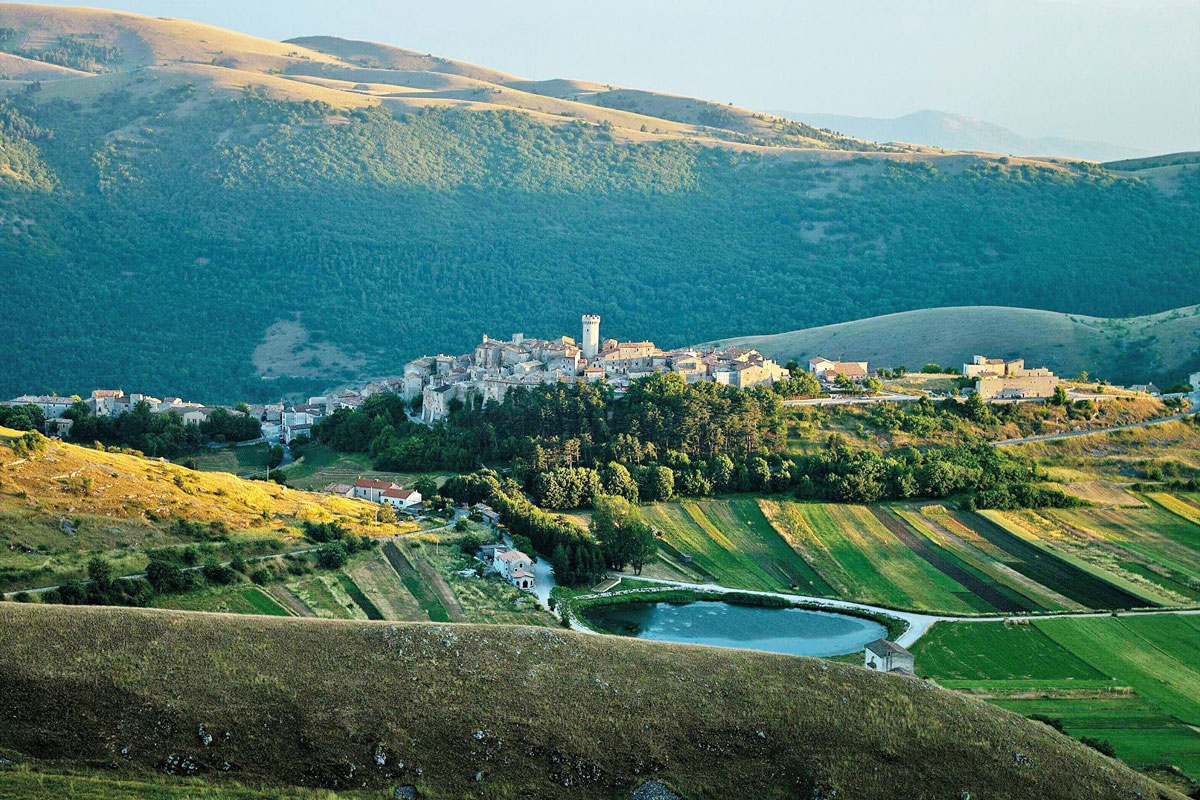 But there’s another side to the country’s south. One of rural charm, €2 houses, and hotels built inside abandoned buildings.

These hotels, constructed amid medieval architecture, ghost towns and remote countryside, make for what CNN Travel has called “the ingredients for a horror movie.”

They could also, CNN Travel reports, “actually be the recipe for the perfect Covid-era hotel.”

First, the backstory: “since the 1990s, Italy has been pioneering a tourism model known as ‘albergo diffuso’ – or scattered hotel. These involve installing a full hotel into various buildings of a largely abandoned village.”

“Most of these centuries-old villages have suffered from depopulation as residents move to bigger cities in search of work – the same problem that has inspired many Italian villages to sell off homes for next to nothing.”

In response to this exodus, some entrepreneurs have been scooping up cheap properties, doing them up, and renting them out to tourists.

This style of holiday could be increasingly popular as we come out of These Unprecedented Times.

“As travel begins to return with the prospect of a vaccine,” CNN Travel reports, “it’s likely that many tourists will still favor accommodation that offers the prospect of social distancing – which is where scattered hotels come into their own.”

Santo Stefano di Sessanio is far from alone in this ‘diffuse hotel’ project; there are now 150 scattered hotels throwing their doors open across Italy, according to CNN Travel.

It’s a concept mirrored to a degree all over the world, as Australia’s changing coastal culture and sea change movement shows.

RELATED: ‘Pretending I’m In Greece’: How Australians Are Coping Without An Overseas Jaunt This Summer

Crucially, CNN Travel has also reported that this scattered hotel concept could help save Italy’s tourism economy from languishing too long in a face mask filled hole.

“In the wake of the pandemic’s devastating impact on Italy’s tourism economy – which represents 13% of the country’s GDP – these are likely to play a vital role in helping revive the sector, with more traditional hotels still facing challenges in adapting to the Covid era.”

“We had clients that just weeks ago were staying at Sextantio and said they felt safer here than back home in the city.”

Santo Stefano di Sessanio is a fortified medieval village, located in the mountains of Abruzzo at 1250 meters above sea level, inside the Gran Sasso and Monti della Laga national park.

Its website calls it “a classic example of an Italian medieval hill town, with perimeter walls encircling houses and squares.”

“During the last century the ‘modernisation’ of rural Italy compromised the architectural heritage of many of its countryside villages and towns.”

“But Santo Stefano, like many more remote Mediterranean mountain villages, was deserted when its impoverished inhabitants left in search of work. Paradoxically, the abandonment saved the town from architectural abuse.”

Read more about the town here.