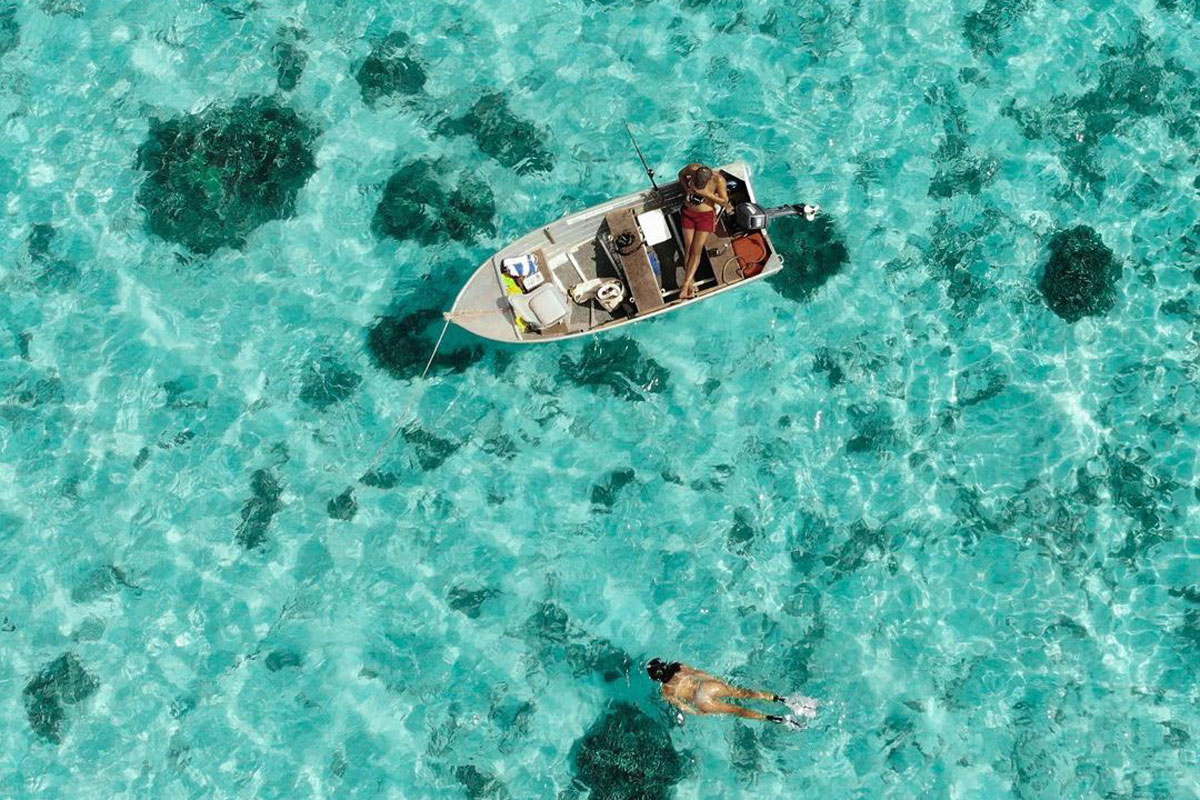 Free-spirited. Akubra-wearing. Adventurous. There are a lot of stereotypes about Australian travellers.

But while we’re not all high functioning alcoholics who take pride in wearing thongs in the depths of European winter, many of us do love a jaunt overseas.

It’s also true that we like to take trips regularly. Listen to any Christmas party in the years before COVID-19, and you would have heard about all sorts of regular haunts.

Japan in January; Mykonos in June – you could say we’re creatures of habit.

So how are Australians coping now the world is no longer their oyster? DMARGE spoke to a bunch of Australian (and Australia-based) travellers, travel bloggers and travel writers to get the word on how they’re coping.

Inspired by various Instagram posts seen over the last few months, the gist of which was, “wish I was overseas right now,” DMARGE asked the travel experts for their favourite Australian alternatives to popular overseas destinations. Here’s what they came up with:

Alana McDonald, one half of travel duo @laplivin, shared with DMARGE some of her favourite Victorian and South Australian hideaways for pretending you are in the Maldives.

The water might not be quite so warm. But hey: the photos look similar.

Alana also shared with DMARGE a sneaky NSW destination that had @visitnsw saying, “You’d be forgiven if you thought this was a postcard from Greece!”.

Who needs Crete when you have Port Stephens?

Who knew? This iconic Italian town (real version pictured above) can be (somewhat) replicated near Victoria’s Port Campbell.

Freelance writer Sangeeta Tatiana, who is American but currently based in Australia, told DMARGE, “It’s not the Amalfi Coast, but I found this incredible bed and breakfast in Sydney’s The Hills District that’s an exact replica of a piazza in Tuscany.”

“It’s called Guestlands and is set next to a lake, gorgeous gardens and a beautiful pool. A stay here definitely scratched my Euro itch!”

“I also love Bondi Icebergs,” Sangeeta told DMARGE. “An afternoon there really is like being in Mykonos!”

“Every time I take the ferry over to Manly, that always feels like a little getaway too,” Sangeeta added. “Some spots there feel like you’re in the French Riviera.”

What are the challenges for travellers in 2021, and how are they improvising to make the best of things?

“While I miss my family overseas (I’m American),” Sangeeta told us, “I’m embracing the fact that I have no choice but to stay put. I’m now working a full-time, stable job and finding beauty in the mundane. Things like coastal walks, home cooking and Pilates class – stuff I missed when I was constantly on the road. I haven’t been on a flight since March 2020 and I don’t have a single upcoming trip planned!”

RELATED: I Went To NSW’s Most Instagram-Famous Waterfall. It Was A Complete Disaster

Maddison Papantoniou, who is currently travelling Australia with her partner Jake Rusanoff, in a Toyota Land Cruiser Troop Carrier, told DMARGE: “Jake and I are fortunate enough to have spent a lot of time travelling around and exploring this country. So far we’ve managed a three-quarter lap, moving clockwise from Adelaide in the south around to Brisbane in the North East.”

“We’ve experienced hot outback and vast desert, lush tropics, gnarly surf beaches and bustling cities – all without even jumping on a plane – so we’d say we are coping just fine with not being able to travel overseas right now (although we do hope we are able to in the not so distant future as we have met so many people in our travels from a great mix of cultures that we hope to visit in Europe one day).”

“We both absolutely LOVE the ocean, and it’s no secret that Australia boasts some of the best beaches, waves and marine life in the world! In Western Australia particularly, there are many coastal treasures that we think rival even the best known international destinations. We’re talking silica sand so white and soft it squeaks beneath your toes and you can shine your silver jewellery in it! And marine life so flourishing, you can encounter hundreds of species in one snorkel. It’s truly amazing!”

Australians have not been permitted to travel overseas since March the 25th, 2020, when a coronavirus-driven ban took effect from midday. This has led to Australia’s relative success in containing the virus, but has also sparked debate over the potential for us to become a “hermit kingdom.”

In any case: it seems until our international borders open once more, we’ll have to continue making do, and arguing about the pros and cons of moving to Byron Bay (along with the rest of Sydney)…