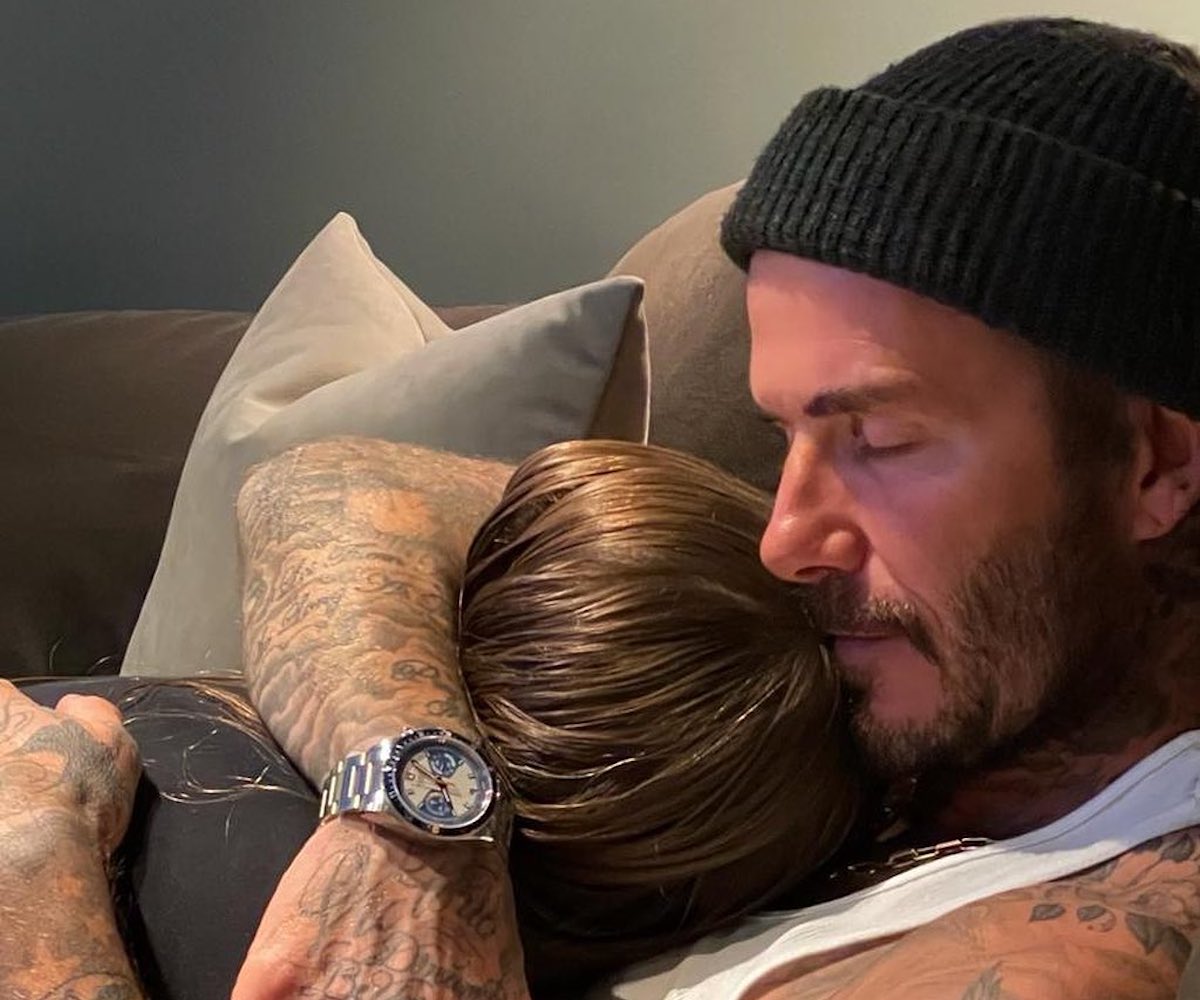 Regardless of what you think of him, it’s hard to deny that David Beckham is a good dad.

The 45-year-old football legend has four children with his wife Victoria: sons Brooklyn, Romeo and Cruz; and daughter Harper. Unlike many celebrity parents, Beckham always has time for his kids – indeed, many football insiders suggest that it’s this dedication that sowed the seeds for his departure from Manchester United in the 00s, pointing to an incident where Beckham enraged coach Alex Ferguson by skipping training to look after Brooklyn when he had gastro back in the year 2000. Niche, but emblematic of the kind of dad he is.

But we guess a father’s love only goes so far, as Beckham’s turned a heartwarming moment with his daughter into an opportunity to flex his latest watch pickup. Last week, Beckham shared a ‘family photo’ of him sharing an embrace with 9-year-old Harper. Cute… Except that his Tudor Heritage Chrono Blue (ref. M70330B-0004) is very conspicuously in the centre of the shot. Was it really ‘cuddle time’, or ‘watch appreciation time’? You be the judge.

Regardless of how staged the photo might be, we have to admit it’s a nice watch.

First released back in 2013 upon Tudor’s return to the US market, the Heritage Chrono Blue pays homage to the 1973 Tudor Chronograph ‘Monte Carlo’ (ref. 7169), a favourite among Tudor/Rolex collectors. Unlike that watch, the Heritage Chrono Blue features an automatic movement with a 42-hour power reserve; a smaller date window sans cyclops with a flatter crystal overall; plus a matte, brushed case finish and tightly knurled pushers.

It’s a very handsome watch and one of Tudor’s slightly more obscure offerings, often overshadowed by the immensely popular Black Bay and Pelagos model ranges. Of course, as a Tudor ambassador, Beckham can have his pick of the entire Tudor range, with other left-of-centre models such as the Black Bay P01 and Tudor Royal also in his expansive collection.

Really, one could argue that doing brand promo like this is putting food on his kid’s plates, so really he’s actually being a good dad by doing so. Besides, who are we to judge? If I had kids I’d be shoehorning them into every photo I upload to social media like some Byron Bay ‘murfer’ who’s had their almonds fully activated.

In other watch news, check out Romeo Beckham’s stylish new Patek Philippe. We guess it’s ‘like father, like son’ when it comes to watches on the feed…