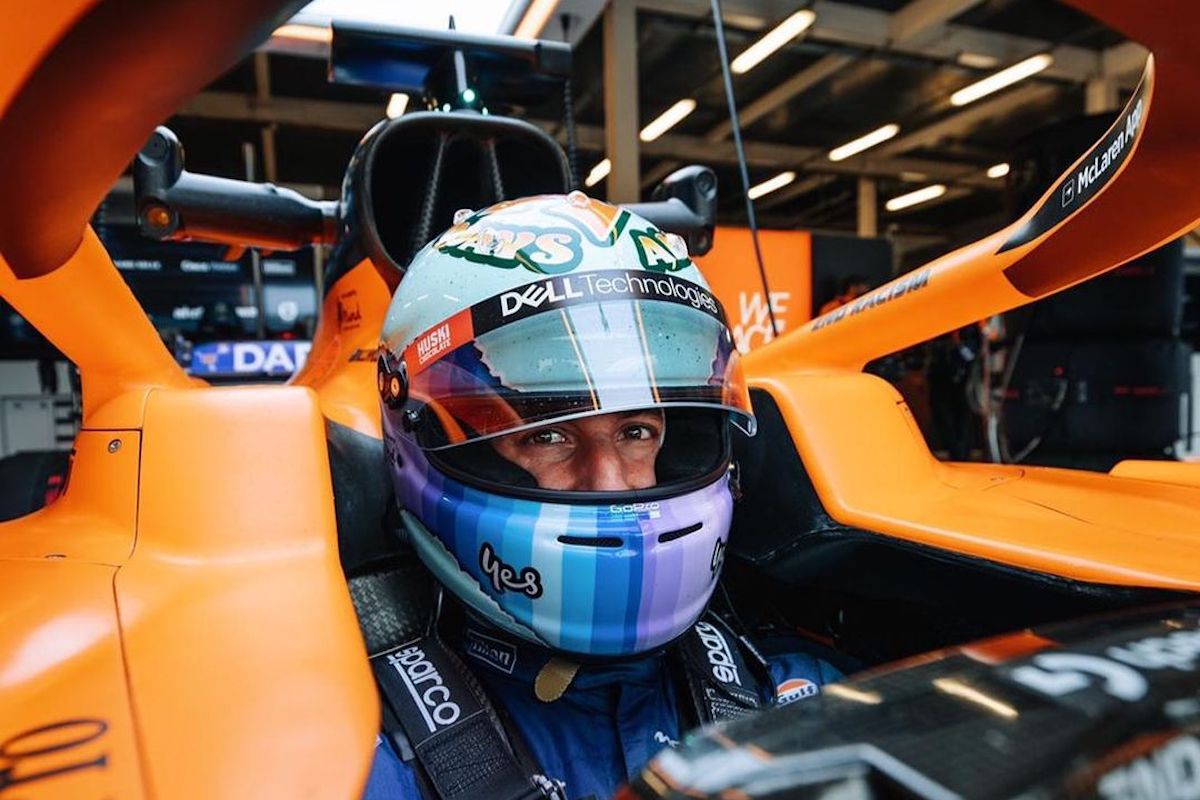 If you’ve ever been to a classic car show, you’ll notice that many cars have very small aftermarket steering wheels put in. While it’s partially an aesthetic choice, many car fans joke that it’s because the type of men who drive classic cars are normally too fat to fit under a normal steering wheel… At least, that’s the stereotype.

But it’s not just portly muscle car fans who struggle to get in and out of their cars, it seems. Even Formula One drivers struggle sometimes – as Daniel Ricciardo revealed last week.

Earlier this month, McLaren shared footage of Ricciardo getting his seat fitted at the British team’s HQ, the excited Aussie racer describing the workshop as “like NASA”. He came crashing down to earth, however, when he found that his moulded carbon fibre bucket seat couldn’t accommodate his “large hips”. We’re sure many men have used that excuse before, too…

The reality is that many sports cars aren’t actually comfortable (let alone F1 cars). Performance vehicles have seats that are aggressively bolstered and designed to prevent the driver from moving around, often to the detriment of out-and-out comfort. For bigger or older men, this can be somewhat of an inconvenience – but in Ricciardo’s case, it’s something he just has to deal with.

Ricciardo is hardly a man mountain – he’s about 1.8m tall – but he’s quite large for an F1 driver. Most F1 drivers tend to be short, skinny and gristly: in a sport where you’re fighting physics at every turn (literally), the less space you take up and the less you weigh, the better.

Ricciardo’s teammate Lando Norris, in comparison, is one of the shortest men on the grid at only 1.7m tall. More to the point, Norris isn’t quite as broad as Ricciardo, meaning he didn’t have as much problem fitting into the new MCL35M race car.

Both drivers have since been able to test the new F1 car on the track, testing the bright orange and blue beast on a very wet Silverstone Circuit. Ricciardo seemed in particularly good spirits during his test drive, waving to cameras and joking with the pit crew in his typically affable way.

The 2021 Formula One World Championship will kick off with the Bahrain Grand Prix on the 26th to the 28th of March, with the Australian Grand Prix (which normally opens up the season) being pushed back tentatively to November due to the ongoing COVID-19 crisis. Travel restrictions have also seen the Chinese Grand Prix indefinitely postponed, with Imola returning to the F1 calendar in its slot, formula1.com reports.

2021 will see a record 23 Grands Prix raced, in contrast to 2020’s shortened 17-race schedule. Controversially, a Grand Prix will be held in Saudi Arabia for the first time – something both fans and drivers aren’t particularly pleased about.