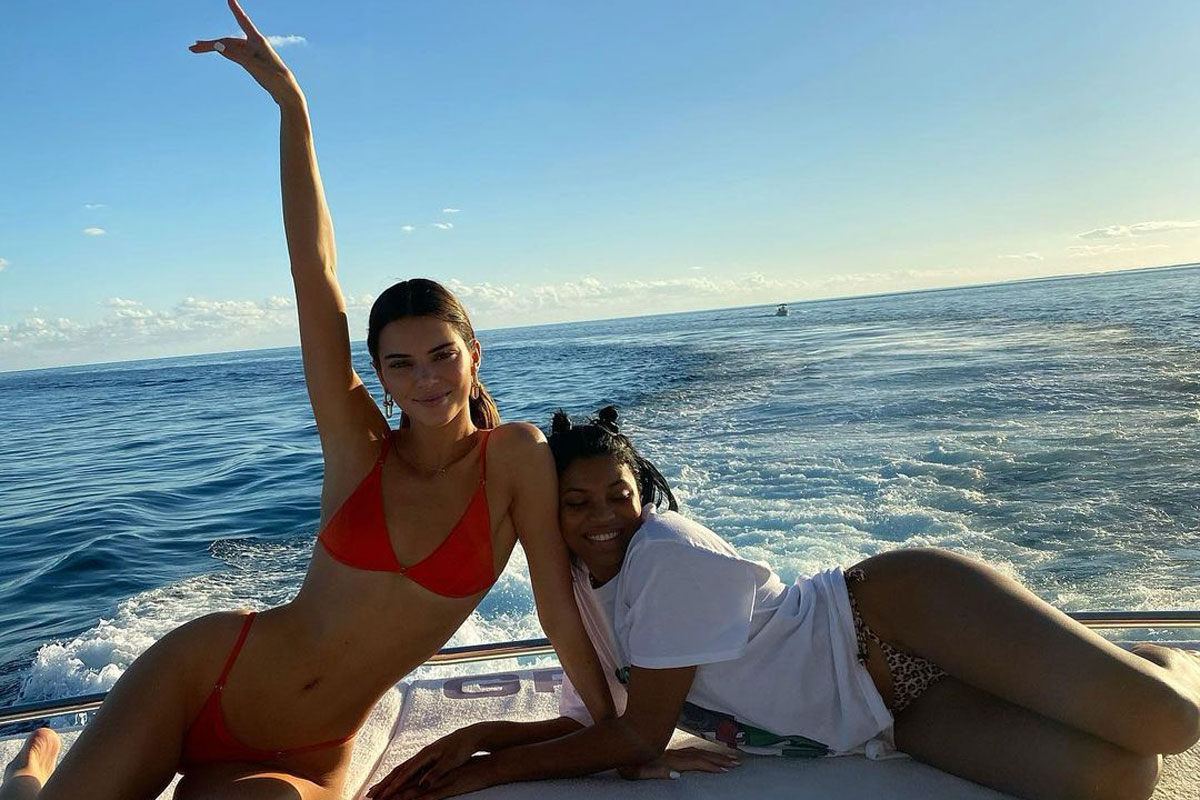 We live in a world where some people want to undo everything. To a degree they are right: there is a lot that’s messed up. But as with any large scale movement or ‘awakening,’ there will always be complexities, hypocrisies; ‘cringe’ people who give the whole thing a bad name.

Enter: Kendall Jenner’s latest business venture. A tequila brand called 818 Tequila, which the internet is furiously debating the merits of.

Jenner joined a long list of celebrities who have plastered their face on tequila (including George Clooney, Dwayne ‘The Rock’ Johnson, Nick Jonas and Rande Gerber) on Wednesday when she posted a photo announcing the brand ‘for reals’ (after it was allegedly uncovered by users on Tiktok).

“For almost 4 years i’ve been on a journey to create the best tasting tequila. after dozens of blind taste tests, trips to our distillery, entering into world tasting competitions anonymously and WINNING ..3.5 years later i think we’ve done it! this is all we’ve been drinking for the last year and i can’t wait for everyone else to get their hands on this to enjoy it as much as we do!”

Many Twitter users accused Jenner of exploiting Mexican culture (and made suggestions for other brands they believe your money is better spent on).

So here’s a thread of Mexican tequila brands you should support instead of Kendall Jenner’s, Nick Jonas or Dwayne Johnson’s. pic.twitter.com/lL4TexGTuY

“Tequila traditionally comes from the Jalisco region in Mexico (818 does come from the area),” InStyle reports, “and requires difficult work, from growing and harvesting agave plants to the actual bottling and production.”

“Twitter users called Jenner out, not only mentioning that her launch could overshadow local producers and small businesses but pointing out that the name of the liquor, 818, is an homage to Calabasas, not to Mexico. It’s the area code for Jenner’s hometown.”

One user wrote: “Too many actual people, namely Mexicans, actually made with their actual hands the tequila in which you are actually just endorsing, at best. No bueno.”

Kendall Jenner starting a tequila brand, with zero knowledge on Mexican culture and calling it “818 tequila” is GENTRIFICATION. The 818 does not claim Calabasas. What about those smaller, family owned Mexican tequila/mezcal brands? They deserve the hype & support.

Something about Kendall Jenner making tequila rubs me the wrong way..like the idea of white celebrities taking from local Mexican artisans and profiting off our traditions and agricultural business yet only visit Cabos and Puerto Vallarta for vacation spots…

Others pointed out this ‘celebrity influencer effect’ is disrupting all sorts of markets, not just tequila, with one pointing to Conor McGregor’s whisky allegedly being on track to outsell Bushmills.

It’ll be a million case brand in 5 years…. 😩…..Conor Mcgregors endorsed whiskey is on track to outsell Bushmills shortly…..it’s a tad depressing.

Others debated the differences between ‘cultural appropriation’ and ‘culture sharing.’

In the comments of a satirical counterpoint to the outrage against Jenner’s new brand (see below) posted to Instagram by a large meme account, the debate continued. Some users opined the brand would benefit Mexico, rather than take away from it, and called the outrage around it petty.

“In Mexico we have real problems. No time for ‘i’m offended’ snowflake bullshit. She made a tequila, cool, she’s bringing in more jobs to my country. Period.”

Others argued Kendall’s company is ‘no bueno’ because of the power dynamic between Mexico and the United States. One user argued ‘cultural sharing’ is ok in regards to Tito’s, the world’s best-selling vodka (which is of Russian and Finnish origin), being made in Texas, because, in their words, “Finland is one of the wealthiest countries in the world,” but that with regards to Mexico it’s different.

“It is a form of imperialism though no? Already hugely wealthy North Americans going down to Mexico and making something traditionally Mexican and extracting all the profits. They already do it with McDonald’s and Pepsi and Coke… to do it with tequila too. It’s not a completely incorrect call out…”

“A wealthy American celebrity making a tequila is not multiculturalism. Mexico is not North America, and their economies differ greatly per median household income… creating jobs isn’t really a valid excuse anymore, Kendall’s tequila would take market share from authentic Mexican brands and extract the profits to the US.”

Another commenter challenged this: “The worlds best-selling vodka (Russian and Finnish origin) is made in Texas. Oh and some of the highest rated whiskeys in the world are distilled in Japan… so why not go after Tito’s for ‘stealing’ Russian and Finnish culture?”

To which the previous user responded: “Finland is one of the wealthiest countries in the world. It’s only an issue when it’s exploitative. You won’t get it buddy.”

Then: “Right. How is voluntarily entering into a business relationship with Kendall Jenner exploitation? I’m all ears bro. I would loooove to hear this explanation.”

“For real, wait until those people know how the economy works lmao,” another commented.

Another user wrote: “Imagine accusing someone of ‘cultural appropriation,’ while using the term ‘LatinX,’ which is literally word made up by privileged white Americans and injected into someone else’s language. The mental leap one must make to justify that to themselves has to be daunting.”

Essentially, one school of thought argues it is lazy and privileged not to come to the defence of the local Mexican tequila industry, and another believes it is patronising to do so.

It’s a complex issue, with some of the best (and worst) parts of human history having come from cultures clashing (see: the debate over whether Elvis Presley was a champion or copycat).

Historians believe the most successful societies have been the ones that were open to cultural exchange, and credit cultural appropriation with salvaging (as well as rubbing salt into the wound) of cultures that have now disappeared.

“Ancient Greek poetry and mythology was appropriated by Romans,” for instance, “and from it we have the whole foundation for the entire Western European canon of literature.”

The Buddha, also, has a storied history of cultural appropriation.

The debate over whether a perfectly equal power dynamic can ever exist between any two individuals, groups, or cultures (and to what degree this ‘messiness’ should be accepted before it is considered distasteful or wrong) doesn’t look like ending any time soon.