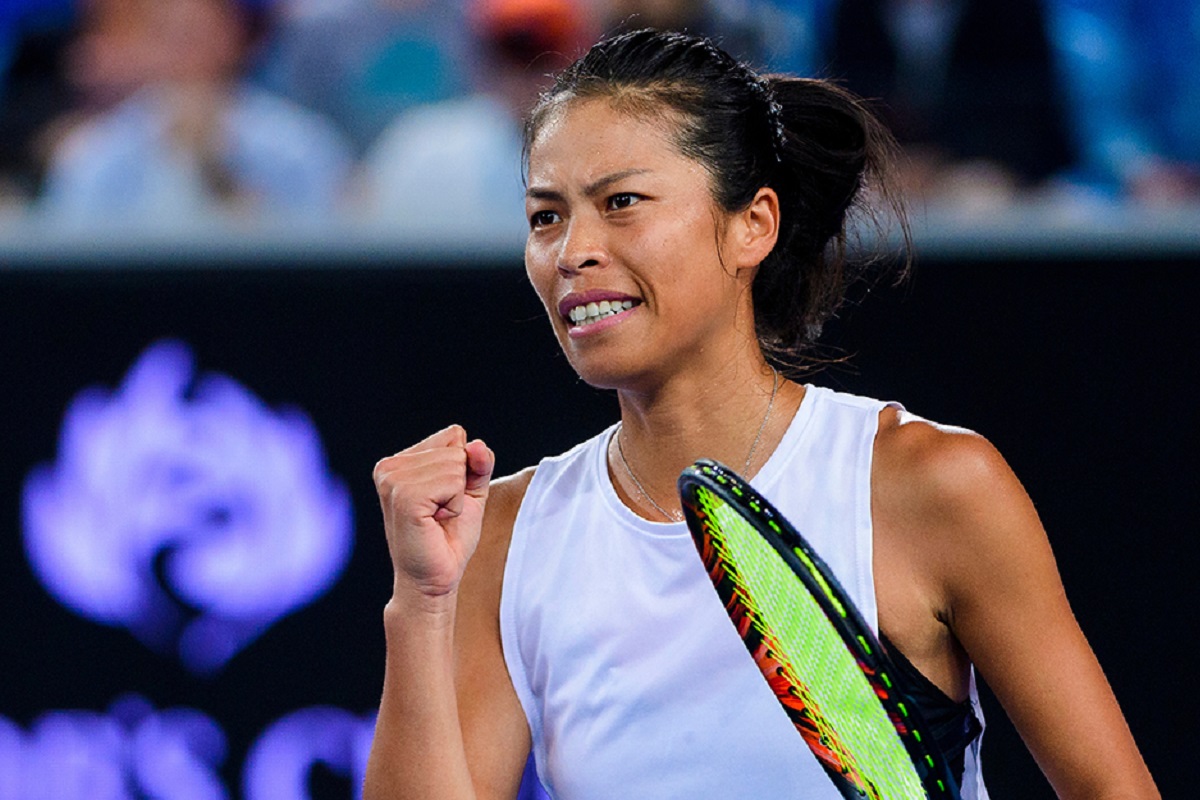 Tennis is big business, and most top-level players boast their own brand deals.

Rafael Nadal has his own signature Richard Mille watch models. Roger Federer has his own On Running sneakers. Serena Williams has her own Off-White x Nike collaborative collection. You get the picture.

That’s why it’s so surprising that world women’s doubles #1 and 2021 Australian Open singles quarter-finalist Hsieh Su-Wei doesn’t have any. The 35-year-old Taiwanese champ stands out amongst a sea of fully-branded athletes as one of the few pros not to have any clothing sponsorships, meaning she regularly plays in an unusual mix of apparel.

For many athletes, this would be a source of embarrassment – to be that far along in your career and not have sponsors. But Hsieh simply doesn’t give a shit, saying she’d rather focus on practice rather than hashing out clothing deals. It’s a reflection of her unique character: known for her highly diverse playing style and outspoken personality, she also dresses in whatever she wants, having been described by her coach as “like Times Square on the court with [all] the different logos”, 7 News details.

Take this outfit she wore during the 2019 US Open, where she combined a Ralph Lauren top with a frayed (yet still kinda chic) US Open visor in a zero f*cks given combination that had fans lauding her style and individuality.

Women’s Tennis Blog relates that there are several theories as to why the star is currently sponsorless, “mostly having to do with politics”. Hsieh has had a rocky relationship with the Chinese Taipei Tennis Association, which is largely responsible for coordinating sponsorships for athletes. Hsieh’s also famously outspoken and not afraid to voice controversial opinions, which sponsors might view as bad PR.

Most pertinently perhaps is the fact that sports clothing giants don’t want to jeopardise their relationship with China. Not only is the Chinese market incredibly lucrative for brands, but many also manufacture there as well – so supporting Hsieh could put that all at risk. Sad but true.

Whatever the reasons, we don’t care. It’s refreshing to see a tennis player that’s not a human billboard.

Another player that’s been sans sponsors this Australian Open has been local legend Thanasi Kokkinakis, who notably won his first round game against Korea’s Soonwoo Kwon in a “$6 Kmart special” outfit, Fox Sports reports.

Sadly both Hsieh and Kokkinakis have been knocked out of the tournament, with Hsieh going down against Japan’s Naomi Osaka in the quarterfinals earlier today and Kokkinakis losing out to Greece’s Stefanos Tsitsipas in a gruelling four and a half hour game last week.