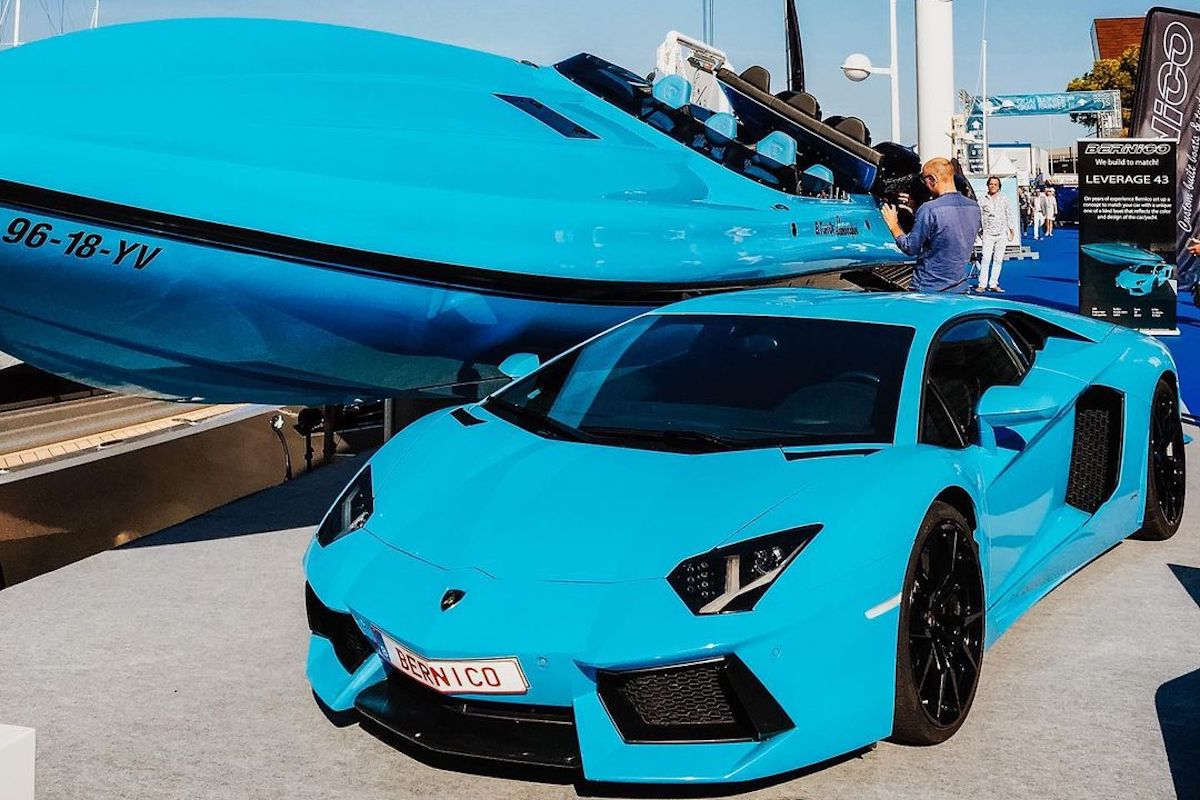 Do you go for a handshake or a hug? What’s your stance in regards to pineapple on pizza? Was that dress black and blue or white and gold? Life is full of tricky yet low-stakes judgement calls, some more pedestrian than others.

What isn’t such a common dilemma is one recently proposed by luxury yacht manager Candaş Balcı. The Turkish bon vivant recently shared a photo he took at the 2018 Monaco Yacht Show of a powerboat and a Lamborghini Aventador on display – both machines painted in an outrageously vibrant ‘Miami Blue’ – and asked his followers “which one would you choose?”

Not only is it yet more evidence of the money that’s been flowing into Turkey lately, but it’s also the ultimate #LuxuryWorldProblem.

Answers in the comments included, “Lamborghini,” “Powerboat” and – naturally – “both.” More users were keen on the Lambo though.

Normally, we feel we’d take the powerboat. Yes, a Lamborghini offers exhilarating thrills and is virtually guaranteed to turn heads when you’re cruising the streets. But being able to push forward a powerboat’s throttle lever and be launched back as you succumb to the acceleration is a feeling that all men wish to experience at some point in their life. It’s just a whole other level of luxury.

However, in the case of this specific photo, we’d go with the Lamborghini. Why? That Miami Blue colouring. In our opinion, it doesn’t work in favour of the boat. Newsflash: the ocean’s blue. If you’re going to drop millions on a high-end powerboat, you want it to stand out. A classic white would suit the boat better, in our humble opinion.

Conversely, the blue looks great on the Lamborghini, and will stand out against any road surface, whether that’s on the track or cruising the streets of Monaco. Most Aventadors get optioned in white, yellow or green, too – so the Miami Blue is even more stand-out. Plus there’s the practicality factor: you spend more of your life driving than motorboating (unless you’re Dan Bilzerian).

Yet opinion is pretty divided between Balcı’s followers, although the powerboat edges out the Lambo 4 votes to 2, while a couple of others wishing to have “both”. Seeing as they’re a matching pair, it would be a shame to break them up, anyhow.

Choosing between these two high-end vehicles is a fun little intellectual exercise for us hoi polloi but it’s a decision that’s perhaps not so absurd in Monaco. The city-state is the richest country in the world with the world’s highest number of millionaires and billionaires per capita, so these sorts of discussions must be a daily occurrence.

Pass the caviar, would you?