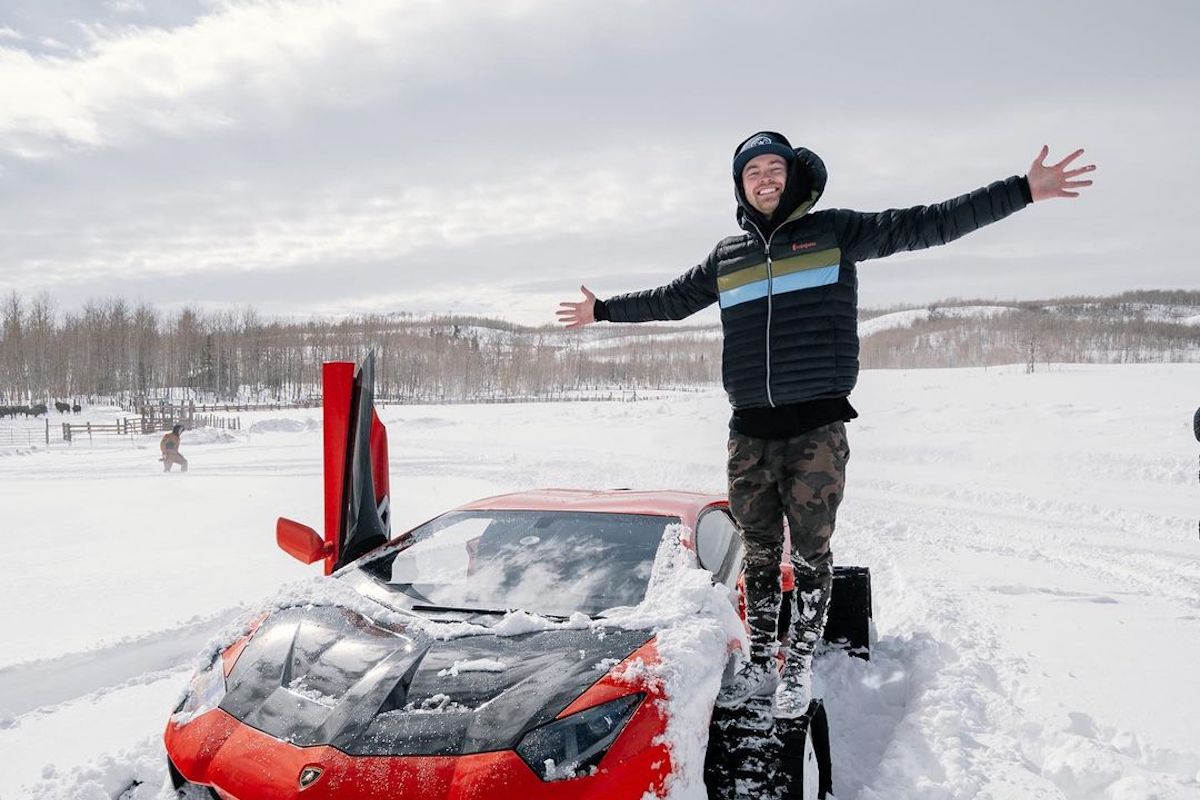 Sports cars are great at attracting eyeballs and generating smiles per gallon, but they’re not great when it comes to driving over speedbumps.

Most performance vehicles have incredibly low ride heights, which might make them better at generating downforce but it makes them terrible at navigating speedbumps and steep driveways. In short: you wouldn’t take a supercar off-road, let alone into the snow.

No-one told car vlogger and social media star James Neese, however. The 31-year-old American, who goes by ‘TheStradman’ online, has recently completed perhaps the most insane off-road car build in history: putting snow tracks on a Lamborghini Aventador and taking it off-piste into some deep Utah powder.

The feisty Italian supercar performed surprisingly well in such tough off-road conditions. The Aventador’s all-wheel drive and torquey V12 engine probably helped it a fair bit – but it’s still a bizarre sight to see such a track-focused, incredibly expensive vehicle like a Lambo turned into a tank-like off-road weapon.

TheStradman’s exploits are part of a broader trend in modern car culture of turning cars that were never designed to go off-road into trail-capable, apocalypse-ready beasts. It’s a phenomenon best encapsulated by the Facebook group Safari All The Cars, where like-minded automotive enthusiasts share how they’ve ‘safaried’ everyday vehicles.

When it comes to safari-ing, the more incongruous the car, the better. Mud tires and a lifted suspension for a Lexus LS400? Turning a Ford Crown Victoria into a beach buggy? The sky’s the limit. Other popular candidates for modification include the Volkswagen New Beetle, Porsche 911s and the venerable Fiat Panda.

Of course, TheStradman’s not the first car personality to put tracks on a car that really doesn’t need them. Richard Hammond (of The Grand Tour and Top Gear fame) once put tank tracks on a Ford Focus RS for a Madagascar special.

That same episode of The Grand Tour saw co-presenters James May and Jeremy Clarkson make similarly outrageous off-road modifications to vehicles entirely unsuited to go off-road, with Clarkson giving his staid Bentley Continental GT snorkel intakes and a front winch, and May blessing his Caterham 7 310R roadster with rally lights and a front roll bar.