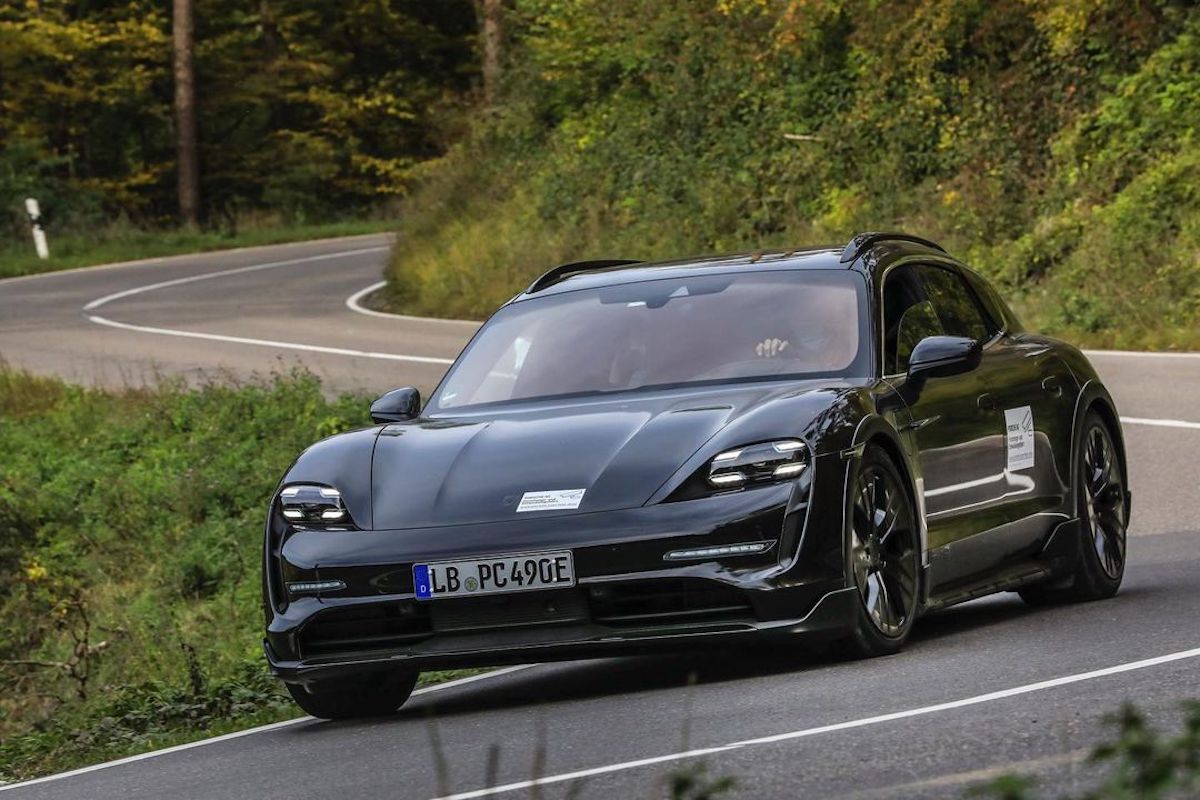 It’s hard not to love fast wagons. There’s something just so appealing about that combination of practicality, sleek looks and insane performance… Plus the fact that you’re thumbing your nose at SUVs. They’re the Swiss army knife of cars; good for everything. It’s why we were frothing at the mouth when we heard that BMW has an M3 wagon in the works and that some crazy Dutch engineer has come up with a Tesla ‘shooting brake’ modification.

Speaking of electric cars, Porsche has just revealed that they’ve got a new fast wagon in the works, too – and not just any fast wagon, but indeed the very first all-electric wagon. Enter the Taycan Cross Turismo: the most exciting version of perhaps the most exciting car in recent memory.

Australian F1 legend and brand ambassador Mark Webber has been helping the Stuttgart brand test the new auto, which Porsche is calling a ‘cross utility vehicle’ – a wagon by any other name – and he’s had some particularly glowing praise for the car.

“Phenomenal first drive for me with this beauty. Drives like a Porsche, feels like a Porsche, smells like a Porsche. It’s a proper sports car with even more space and ground clearance now. Expect the World Premiere of the all-new Taycan Cross Turismo to take place in less than eight weeks. In dealerships as early as this summer. I can’t wait. It’s the perfect car for the Australian outback and the German Autobahn.”

It’s unclear whether the Taycan Cross Turismo will come with the Taycan 4S’ all-wheel drive as standard, but it’s a likely bet. The Volkswagen Group (to which Porsche belongs) has a long history of making lifted, 4×4 wagons like the Audi A6 allroad quattro, the Škoda Octavia Scout and the Volkswagen Golf Alltrack. Doing the same with the Taycan just makes sense: now they’ve got an electric option too.

While the prospect of an all-electric wagon is pretty exciting in of itself, the fact that it’s a Taycan makes it even more thrilling. DMARGE founder Luc Wiesman had the opportunity to test drive the Taycan 4S in Kittila, Finland, and was absolutely blown away with its performance, relating that “across design, technology and performance driving this could be one of the most ‘complete’ packages I’ve driven.” Add the extra utility of a wagon and you’ve got a winning formula.

Assuming the Taycan Cross Turismo will boast similar performance figures at the 4S, the car should make around 390kW, do 0-100km/h in 4 seconds flat and have a top speed of 250km/h. If the Cross Turismo designation works as a package that you can apply to the Taycan’s higher model levels, it could be even more insane: the Taycan Turbo S makes a crazy 560kW, does 0-100km/h in 2.8 seconds. Imagine a wagon that’s faster than a McLaren Senna…

While we don’t want to work ourselves into a frenzy, the Taycan Cross Turismo sounds like the ultimate car: good for the environment, fast as hell, and practical. Eco-warrior soccer mums must be champing at the bit – and Elon Musk must be quaking in his boots.