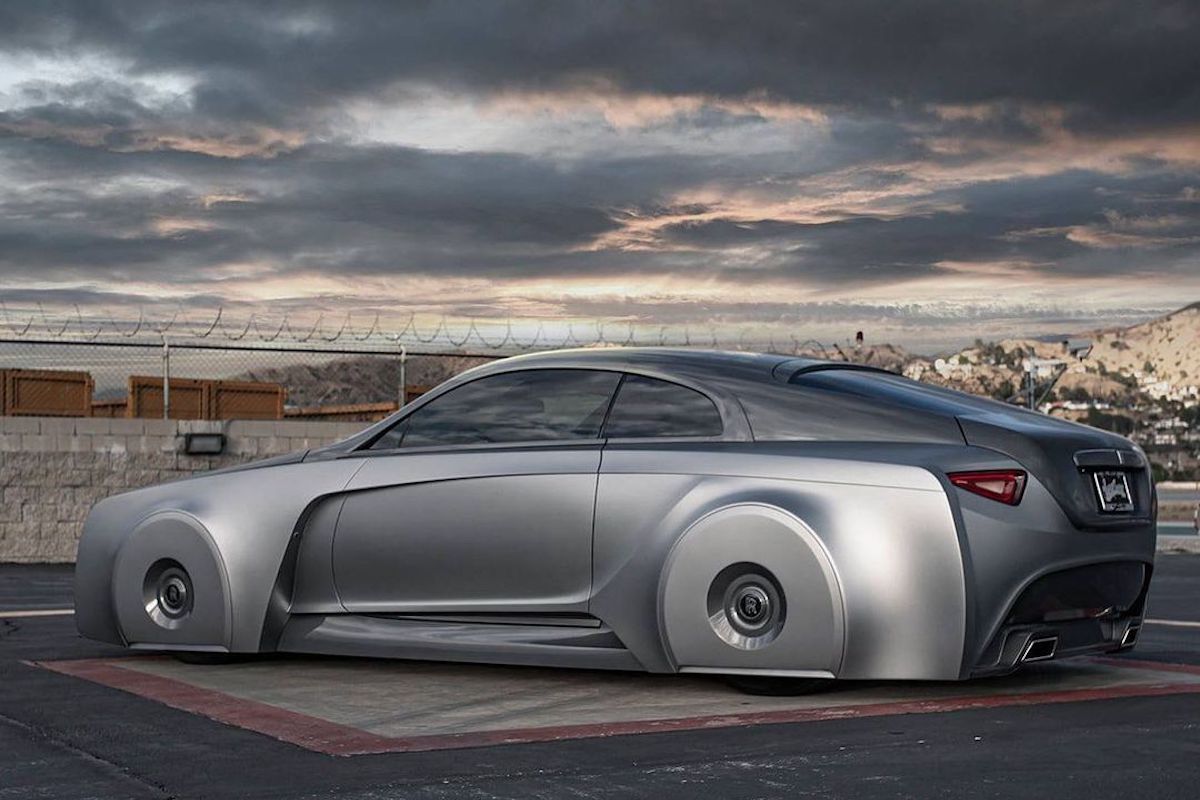 Customising high-end automobiles is a risky business. Not only is it an incredibly expensive endeavour, but it’s very easy to devalue your car and look like an absolute tool in the process. Less is more, as they say.

That’s an adage that doesn’t exist in Justin Bieber’s vocabulary, however – but for once, we’re kind of glad. The Canadian popstar has taken his 2018 Rolls-Royce Wraith and turned it into a bona fide work of futuristic art that pays homage to the storied tradition of concept cars.

For those who are not familiar, car brands have a long history of producing eye-catching concept vehicles designed to showcase new styling and/or new technology. These cars very rarely make it into production (indeed, few are actually functional) – they’re just there to push the envelope and grab headlines. Specifically, Bieber’s Rolls is inspired by Rolls-Royce’s 2016 103EX Vision 100 concept car, but unlike that motor, this one’s actually driveable.

It’s the work of Californian workshop West Coast Customs, who were made famous by the 2000s MTV show Pimp My Ride. Known for their outrageously lavish and extensive modifications, they’re a favourite of celebrities including NBA legend Shaquille O’Neal and rapper Travis Scott. Bieber’s also a repeat customer, having previously taken his Lamborghini Urus there to get wrapped.

Yesterday, West Coast Customs shared a before and after video that reveals just how radically the car was customised. We’re not sure how the Brits would feel about it, though…

The covered wheels and brushed metal exterior are particularly striking, as is the transparent ‘Spirit of Ecstacy’ hood ornament that adorns the front of the car. It’s like something out of Blade Runner or Cyberpunk 2077. It’s not clear if WCC have made any performance modifications to the car (or how the performance of the car will be affected by all that extra weight), but the Rolls-Royce Wraith is a very capable car even stock, capable of putting out 465kW from its twin-turbo V12.

RELATED: I Was Chauffeured To Work In The Latest Rolls-Royce & It’s Ruined Me For Life

Compared to the exterior of the car, the interior looks almost stock, but WCC have still tweaked a few things to suit ‘The Biebs’. The car features an extensively upgraded sound system with a gigantic speaker in the trunk as well as ‘Rolls-Royce West Coast Customs’ badges throughout. You can’t have a modded car and not have a fuck-off huge sub. That’s just the rules.

The car’s amazing but we shudder to think how much Bieber spent on it. A new Rolls-Royce Wraith starts at 645,000 AUD, so it wouldn’t be a stretch to say this is a million-dollar car. Money well spent, we say: the concept has been executed brilliantly and there’s not going to be anything else on the road quite like it.

We’d still rather a Suzuki Jimny, though.