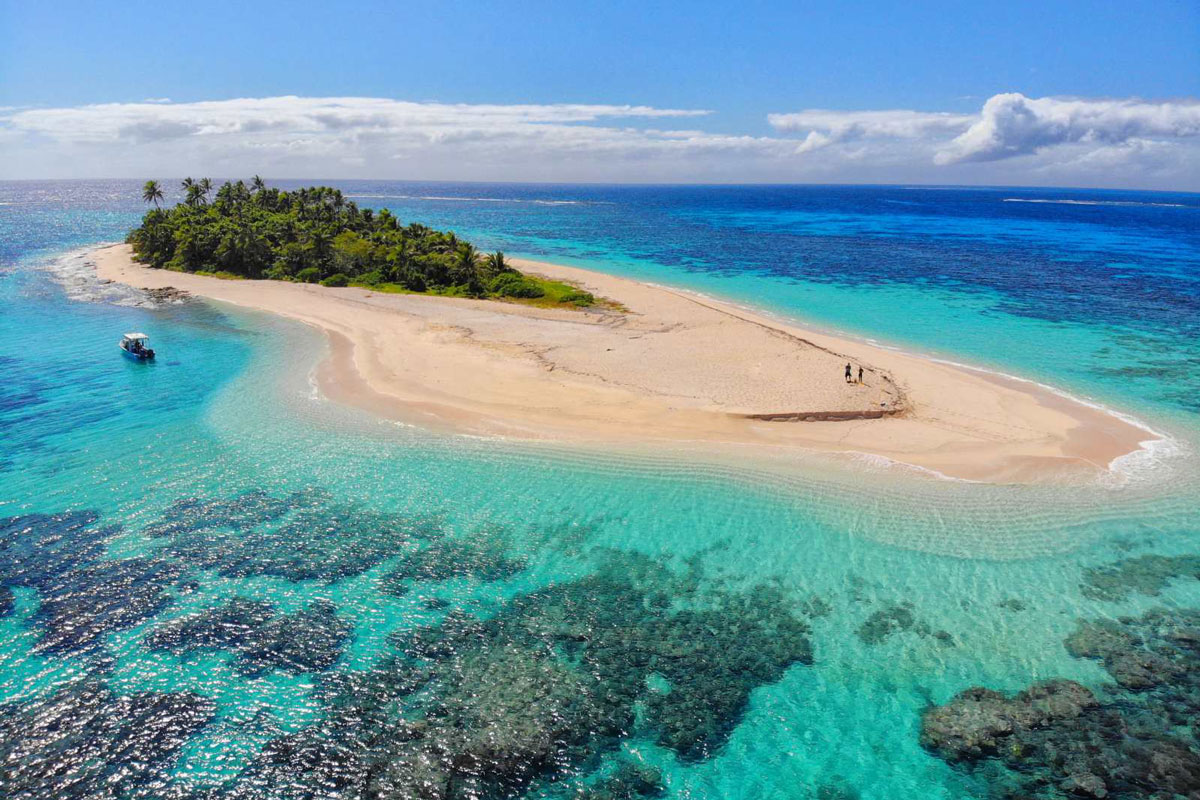 It’s been a while since Australia has had good news on the international travel front. Instead, domestic quarantine hotel storms, ‘cringe’ Byron Bay photos and waterfall chasing faux pas keep blowing in.

A recent announcement from Prime Minister Scott Morrison, however, which “hints at a new travel bubble for Aussies,” (news.com.au) could provide your imagination with a bit of relief.

Morrison has hinted his Government is working on new travel bubbles, meaning Australians could soon have a bunch of mojito-by-the-pool style destinations to choose from.

Speaking on 2SM radio on Monday, Morrison said the COVID-19 vaccine could bring more itchy feet opportunities Down Under.

That said, the keyword here is could. Morrison said: “We don’t have full confidence yet that they [countries like Vanuatu, Tonga, the Solomon Islands and Fiji] are just going to a complete what’s called a green lane. But we’re working with them to ensure we can just lift that confidence.”

“We’ll be seeking to support them with their testing over there and I hope we can make some real progress on that soon. I’d love to see a Pacific bubble.”

Such a travel bubble could allow more seasonal workers to travel to rural Australia where their help is needed, news.com.au reports.

Twitter users have been jumping online to express their support of the idea since as early as February the 3rd, with some suggesting it could be mutually beneficial.

If Fiji has had 300 days without community transmission, and is begging Australia for a travel bubble, what is the delay? Might help the travel industry … and Fiji most particularly after two devastating cyclones.

Fiji are calling for a travel bubble with Australia. Get it done asap. It’s the best thing we could do to help our Pacific neighbours.

Morrison pointed out that the risk of Australia infecting the aforementioned nations is impacted greatly by our rate of community transmission, of which there is currently “very little,” and which has significantly lessened in recent months.

“If the virus got into one of those Pacific countries, as you know, their health systems aren’t the same as ours… It would go through those countries and that would be devastating.”

“The first doses of the vaccine are set to be administered towards the end of this month, with the Government aiming to have the majority of the population vaccinated by October.”

RELATED: Photo ‘You Won’t Believe Is In Australia’ Blows Minds Down Under

If it all falls through though; never fear. As more and more Australians have realised over this last 12 months, almost every big-ticket overseas experience has an equivalent (or rival) Down Under.

Take the above cave in Tonga, for instance. You might not think such a place would be replicated on NSW’s humble South Coast, but you’d be surprised. Just take a look at the image below.