There’s gangsters, and then there’s the yakuza.

Japan’s organised criminals make the Mafia look like amateurs in comparison. Described by academics as being some of “the most sophisticated and wealthiest criminal organisations” in the world, yakuza syndicates like the Yamaguchi-gumi and the Sumiyoshi-kai are particularly fearsome, with their own unique rituals, code of honour, and intense brutality.

Needless to say, yakuza bosses (known as oyabun, or family heads) aren’t the kind of guys you want to mess around. They demand nothing but the absolute best – and that holds true for their rides, too. In Japan, there’s only one choice of automobile for the man who’s really made it in life, whether that’s a CEO, a drug dealer or the Emperor of Japan.

That car? The Toyota Century: a car so refined and so luxurious that they make a Rolls-Royce look like a Kia in comparison.

Now, the prospect of a gaijin becoming a yakuza boss is less likely than Donald Trump expressing humility. Thankfully, you can do the next best thing and buy one of their cars. Tokyo Prestige, an auto dealer based in Adelaide who specialises in rare Japanese imports, have just announced they’ve got a 2001 Toyota Century up for sale. A land yacht to beat all land yachts, this is one special whip – and tastier than a hot bowl of ramen on a cold Hokkaido night. 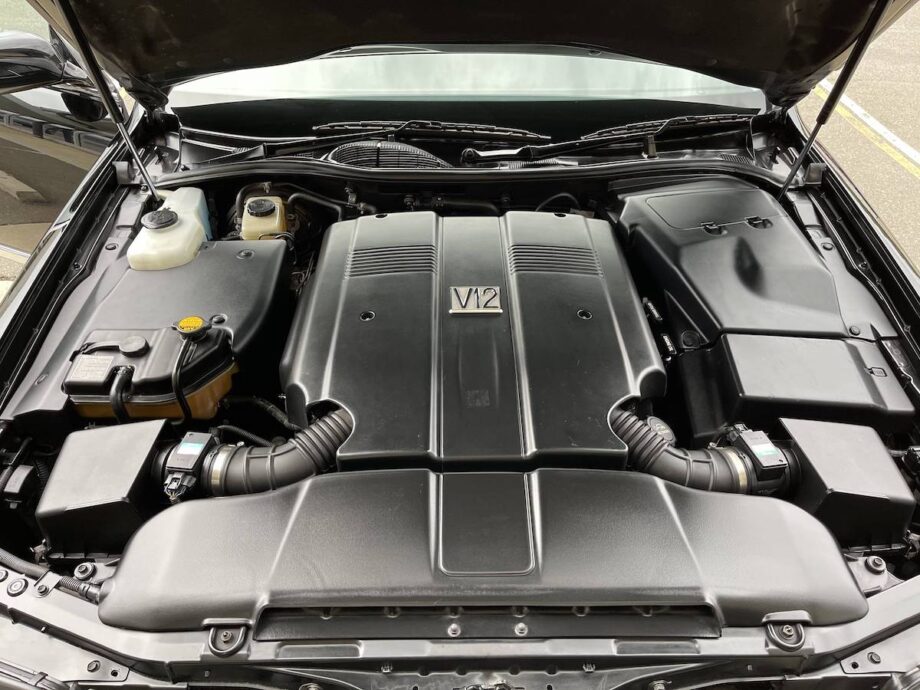 Quite a modest engine bay for a V12. Image: Tokyo Prestige

First things first: Lexus might be Toyota’s designated luxury marque but the Century sits above Lexus in the Japanese brand’s hierarchy. Despite this, they’re less expensive than you might think. The premium, full-size luxury sedan costs less than $250,000 new in 2021, or about half as much as a Bentley Flying Spur. Unlike other ultra-luxury cars however, the Century has never been sold officially outside of Japan, making this South Australian import a rarity.

The second notable thing about this second-gen Toyota Century is the engine: this rather conservative-looking sedan boasts a V12 engine, the 5.0L Toyota 1GZ-FE. To date, the Century remains the only Japanese front-engine, rear-wheel-drive production car equipped with a V12, and the 1GZ-FE is the only V12 Japan’s ever made. First-gen and third-gen (current) Centuries ‘only’ have V8s, which makes the second-gen Century rather special.

Despite the huge engine, the car only makes around 206kW – wimpy, when you consider that a third-gen Ford Focus RS, for example, makes 261kW from a 2.3L turbocharged inline-four. But the V12 isn’t designed for performance, it’s designed for comfort. Even electric cars would struggle to beat the smooth, refined power delivery of the Century with its 1GZ-FE. Hell, the engine’s spookily quiet – it’s because, like a Rolls-Royce, the Century is designed with the comfort of its passengers in mind. You don’t want to perturb a moody yazuka boss, basically.

RELATED: I Was Chauffeured To Work In The Latest Rolls-Royce & It’s Ruined Me For Life

That theme of comfort is reflected throughout the vehicle, which features numerous – very Japanese – touches that reminds you this is a car for only the most discerning customers. It’s got pillowy smooth air suspension to absorb even the biggest bumps. The exterior door handles open the doors electrically since the sound of the door being opened mechanically is perceived as being ‘too obtrusive’. You know. Unlike a team of bodyguards with full-body tattoos.

The rear seats recline and the front passenger seat has a fold-down centre section so that a passenger in the back may stretch their feet forward – of course, a yakuza driver isn’t going to complain about his boss’ stinky feet. The rear seats are equipped with a massage system, and the entire car is upholstered in wool. Why wool, and not leather? Simple: it’s cooler in the humid Japanese summer and it’s quieter. Yes, really. 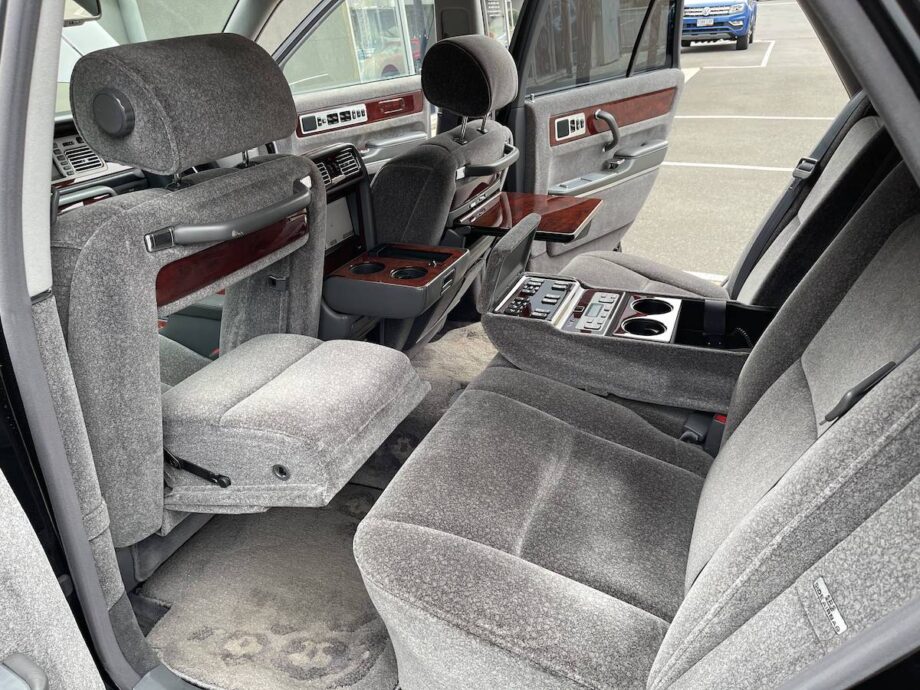 Order a hit without ever batting an eyelid. Image: Tokyo Prestige

Now, how much would you expect to pay for all this JDM luxury? Six figures? Maybe a bit more than a late-model Infiniti? Try $29,980. You’d barely have to do any contract killings to be able to afford that! Plus, being a Toyota, you can expect it to be much more reliable than a Maserati or a Mercedes-Benz – although we don’t envy the mechanic who has to work on that V12…

All we’ll say is this: get in quick. It would be seriously dishonourable to pass up on the chance to roll around like a Japanese made man.

Check out this ludicrous thing on Tokyo Prestige’s website or on Carsales.