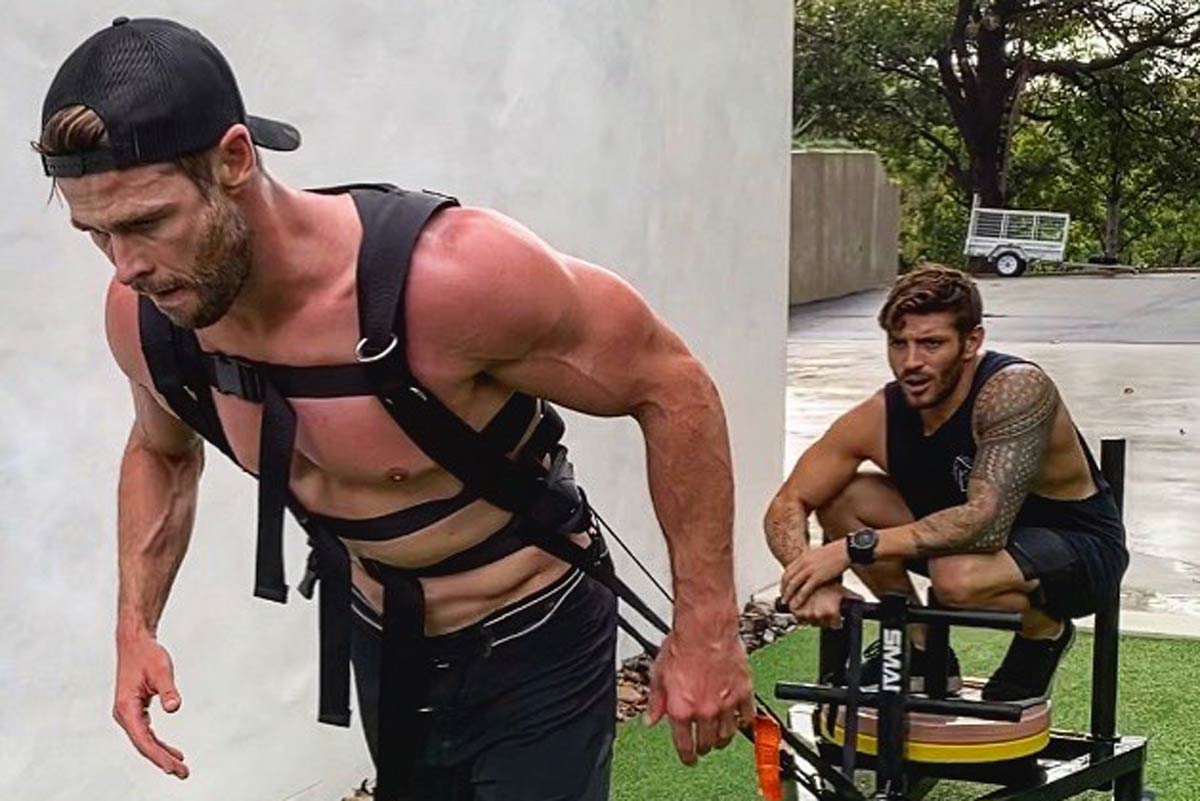 Keeping yourself in peak physical condition is no easy task. Not only do you need to commit hours upon hours to the gym, but you also need to make sure you’re adhering to a nutritious meal plan. You also need motivation, which if you can summon yourself, can be provided by a training partner.

While many of us mere mortals may have used the previous year taking a break from our usual fitness exploits or turning our homes into makeshift gyms, one man has had to maintain his moviegoing physique: Chris Hemsworth.

The Australian actor is no stranger to leg-crippling and fatigue-inducing workouts, spending his summer in lockdown piling on the muscular pounds in preparation for filming his next outing as everyone’s favourite thunder and lightning manipulating warrior Thor, in the upcoming Thor: Love and Thunder Marvel flick.

Safe to say, he can’t be seen to be slacking.

Judging by his most recent Instagram upload, that doesn’t seem to be a problem. Partnering up with personal trainer Luke Zocchi, Chris can be seen performing sled pulls and pushes. A hard enough task in itself, but when Luke is using himself as the weight – which, he claims to be 74kg (of pure muscle, we presume) – you suddenly realise just how strong the God of Thunder is.

Although, after completing two pulls and two pushes, even Chris has to lie down to regain himself.

Sled pulls and pushes are great for torching the glues, quads, hamstrings, calves and even the core, making it a truly thunderous lower body workout that will improve your power and strength. They’re a favourite of Hemsworth’s too and are frequently used during his most brutal of workouts. Considering their benefits, we’d recommend you add them into your routine too.

These sled movements, coupled with Chris’ meal plan – which one DMARGE correspondent recently found out is more than a mouthful – allows Chris to pile on the muscle, which according to CNN, spells bad news for his body double, as he’s finding it difficult to keep up with the Australian star’s impressive weight gain.

It’s claimed Chris is aiming to transform himself into “the biggest Thor he’s ever been”, notwithstanding the ‘Fat Thor’ character he portrayed for the majority of the Avengers: Endgame movie.