Australia’s property mania might be the only thing more contagious than The Spicy Cough.

First, it was just Sydney where things were overheated. Then the blight spread down south to Melbourne and Hobart. Now it seems even regional Australia is being affected by insane levels of speculation.

Last year DMARGE reported on a bizarre property sale in the Blue Mountains: a dilapidated rural shack in a fire zone that still managed to net over $150,000 at auction. Spending that much money on a literal rusty tin shack was and remains ridiculous… But it seems that it’s only the tip of the iceberg.

Half a year later and another tin shack with a crazy asking price has come across our radar, this time on NSW’s South Coast. Meet 24 Grant St Broulee: with an asking price of $3.25 million, it’s the most expensive shack in Australia, according to realestate.com.au. 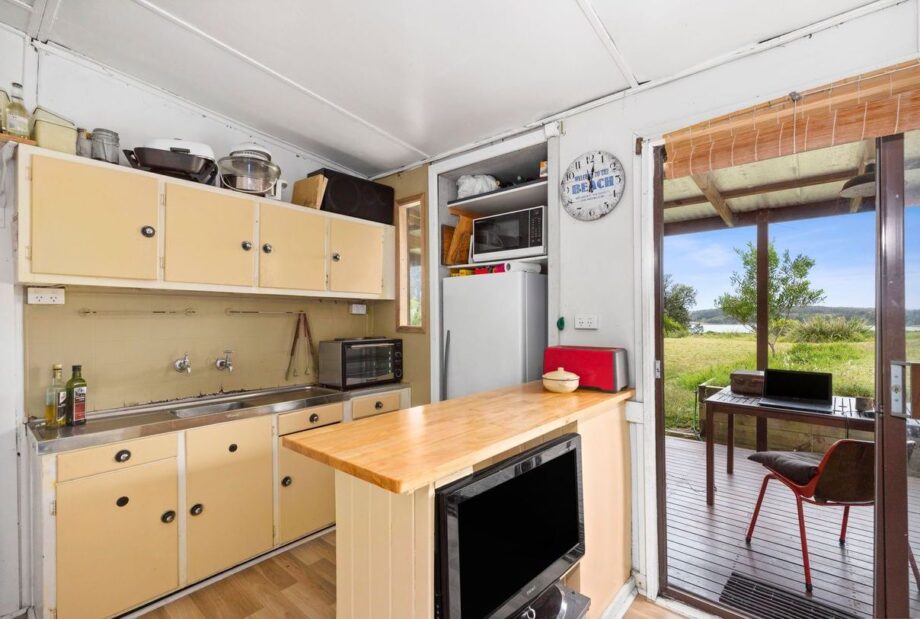 A fisherman’s shack that hasn’t hit the market in almost half a century, the property can most generously be described as ‘minimal’ – although it’s leagues better than that aforementioned Blue Mountains dive, boasting two bedrooms, a kitchen, a bathroom, a garage and a shed, with running water and mains power.

But the value isn’t in the structures on the property, it’s the land itself. You know what they say: location, location, location. And what a location it is. The views are spectacular, an expansive ocean view with Broulee Island proudly on display. The property is only a short walk down to the beach, too, yet has easy road access. There’s even a tiny petrol station and supermarket/bottle shop just on the other side of the road – talk about convenient.

24 Grant St is actually a 2,000 square metre property, so if you didn’t want to keep the shack, you could take full advantage of the site and build something fantastic. That’s if you still had anything left in the piggy bank after spending that $3.25 million… 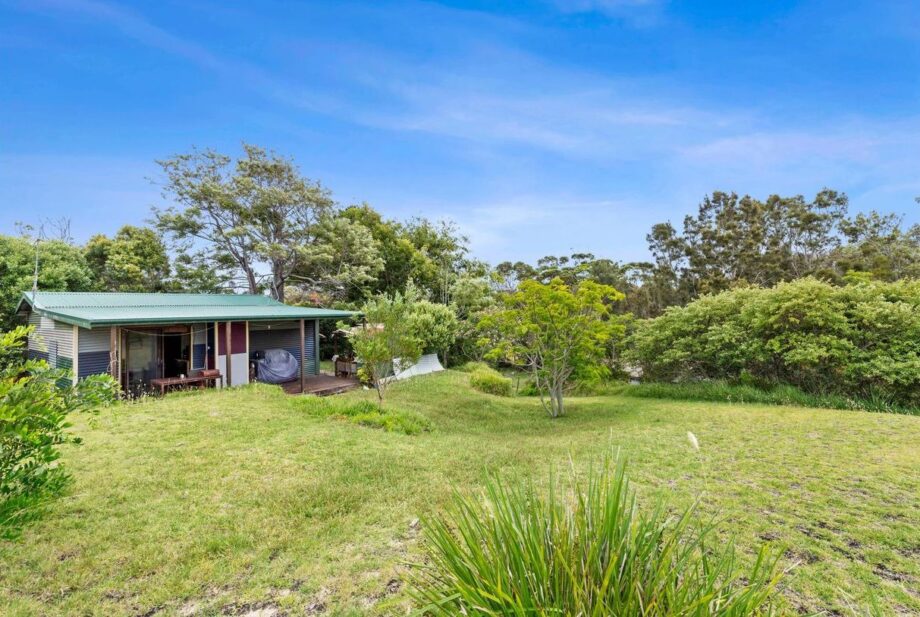 Of course, it’s not a good thing that even a property as basic as this – ocean views aside – is going for such an insane amount of money. Aussies in regional Australia are increasingly finding themselves priced out of local markets as the property bubble continues to expand, with a shocking number of people being forced to live in their cars.

The gentrification debate is always a fraught one, but it’s one that’s never been more relevant as the entire economy (and world) is still coming to grips with the ongoing COVID-19 crisis. These overheated property prices are more than just a novelty to be laughed at – they’re a cautionary tale.

Still, if you’re in the market for a beachside getaway, you can find out more about 24 Grant St here.