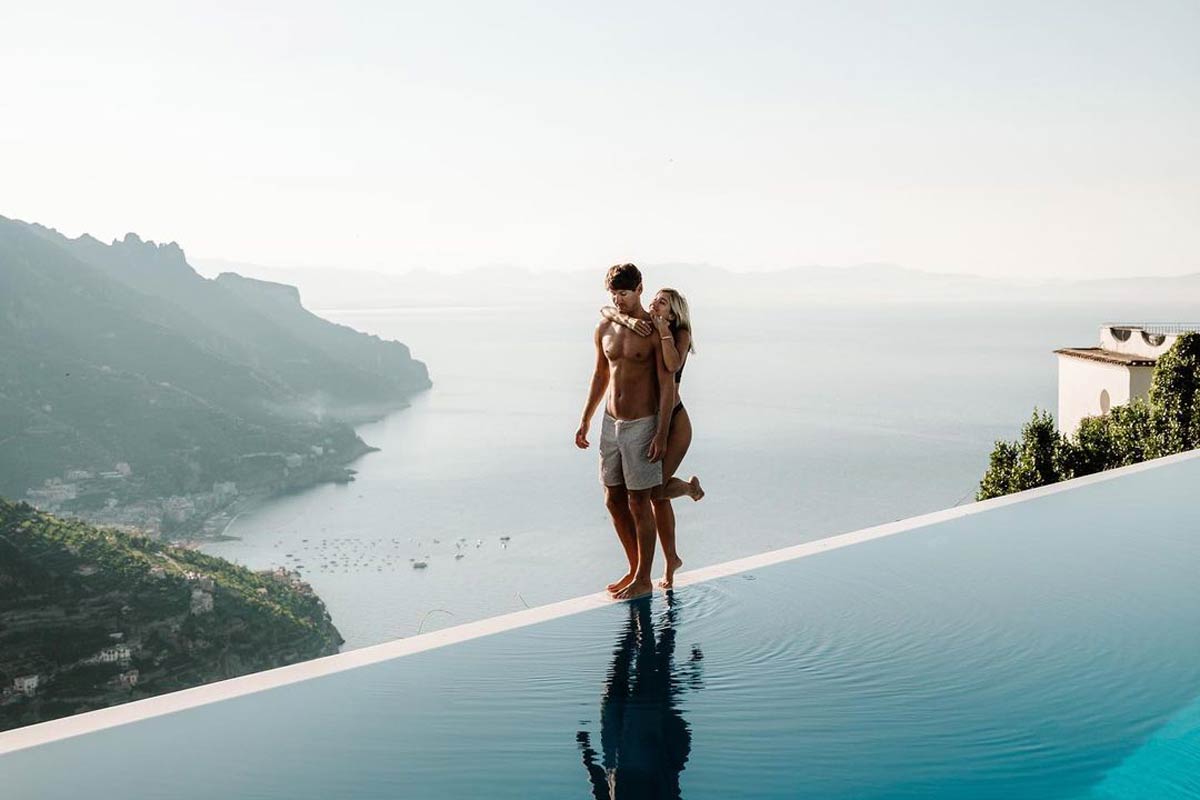 Contiki, the tour company aimed at 18-35-year-olds, is known for many things: affordable access to some of the world’s top destinations, a chance to create lifelong friendships and a boatload of partying.

Founded in 1962 in New Zealand, Contiki has become a global institution. It’s also got a reputation for being a prominent supplier of summer flings, more so than being any sort of real-life Cupid. Contiki is for hookups, Eharmony is for serious relationships, goes the stereotype.

But judging by several comments on one of the company’s recent Instagram posts, love is found on Contiki more than you might think. It turns out Contiki tours have actually been the setting for romance to blossom for years, with couples meeting by chance, staying in touch when their respective tours are over and eventually getting engaged or married.

Don’t believe in fate? Perhaps you will now. Here are some of the most unexpected love stories to form from Contiki tours. Before we get into the cringe-worthy anecdotes of The Loved Up though, cast your eyes over the most relatable of the lot: a story from one bravely honest woman who wears her heart on her sleeve and her soul on her (mobile) keyboard.

“Fell in love with a German boy on a dance floor in Berlin, on my birthday. We’re still friends but he has found his soulmate and I am all alone.”

If that’s not love, what is?

To take away from the sting of that particular tale, here is a smattering of stories – and insights – from the lucky few who met the person of their dreams on the famed tour group operator, and who posted about it underneath the above Contiki Instagram image.

Third-wheeling can be a good thing.

The idea of being a third-wheel with another couple can be enough to make you question your own existence and mortality, but for our first couple, it proved to be the best thing to ever happen to them.

“My husband and I were both a last-minute 3rd wheel to our friends Contiki trip back in 2013. We met on day 2 of the European explorer (?) trip and spent every day after that together. He lived in CA and I was from MA”, begins one user.

“Once we got back to our homes we decided I would fly to CA two weeks later to see him. After 4 months of long-distance, I quit my career, left my apartment and moved to CA.”

Europe could be the place to find love.

“We met on the 21 day Contiki European tour in 1988. He was from California and I was from Ottawa, Canada. In Venice, we needed a sixth person for the gondola ride, and he offered to join our gondola. We hit it off and 31 years later, we are happily married with two wonderful kids. My daughter did the same tour 25 years later, but wasn’t as lucky as me”

“Met my best mate on the big walkabout tour in Australia in 2019! Turns out we only lived an hour and a half away in England but took meeting on the otherside of the world to bring us together. One of the best person I’ve ever met and couldn’t have done it without Contiki!”

The world is an incredibly small place

This next story is a long read, but it proves you’re virtually guaranteed to meet someone you already know.

My fiancé and I met in August 2017 in Greece — he was on a 5 day Greece Contiki, and I was on a 5-week European explorer. Our tours happen to cross paths on the island cruise, but we met the night before in restaurant Plaka in Athens by chance.”

“After becoming friendly as we are both from New York (neighbors, actually!) We discovered he met my roommate in our local bar 6 months prior!”

“When we got back to the USA, I messaged him on my US cell number, and we had a text history!”

“My roommate at the time didn’t save his number and didn’t know who she was texting and asked me to text the number and see if I could get his name.”

“We stayed friends for a year, and then ended up taking another Contiki trip together in Argentina and Brazil and that’s where we decided to try out a relationship!”

“3 years after that we are engaged and planning a destination wedding!”

“My partner and I met on the European Magic tour a couple years ago – neither of us was actually supposed to be on that tour, we’d both had different tours in mind but our plans fell through.”

“But alas there we were, one thing lead to another and we had our first kiss under the Eiffel Tower (when in Paris).”

“After our tour we both went our separate ways to finish our holidays, assuming what we had was just a lil holiday fling, nothing serious. Until we realised that we were staying up to 3am every day to talk to each other on the phone whilst still holidaying around Europe.”

“We both ended up coming back to Australia and decided to meet up and see what happened. And we’ve been together ever since!”