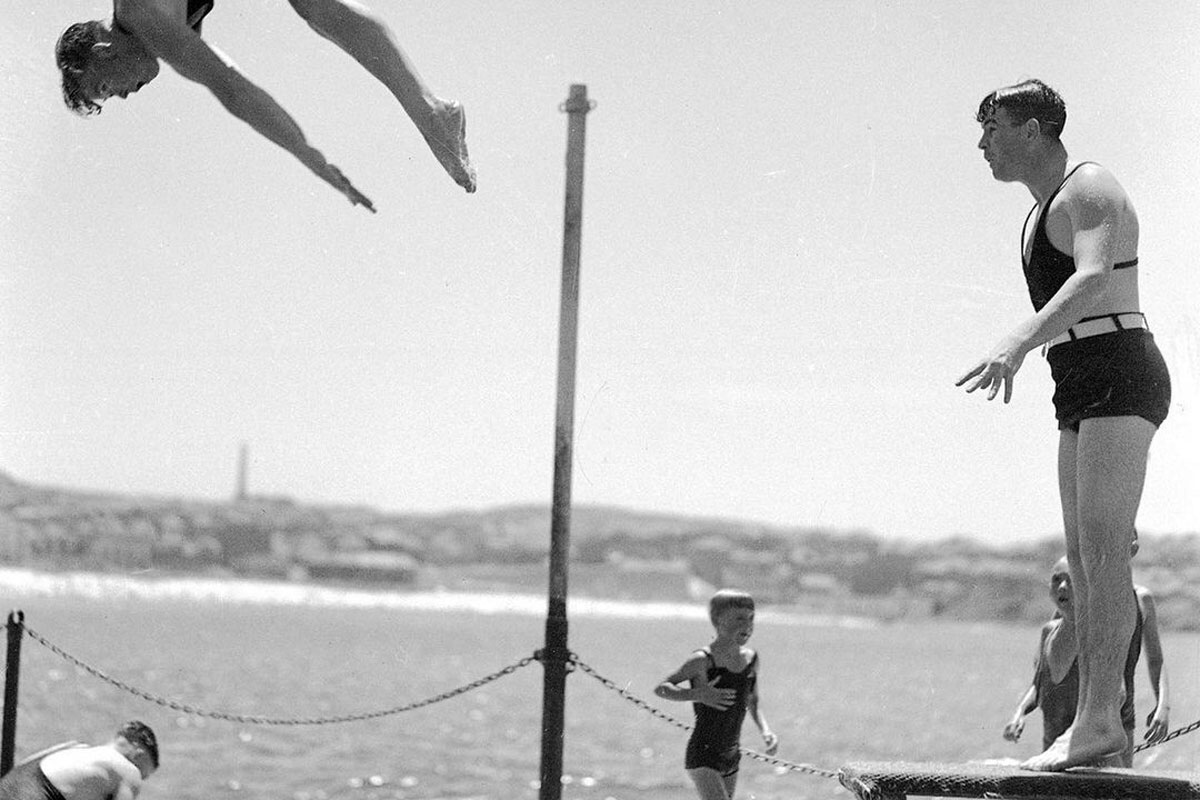 2008 and 2020 aren’t the only times Australia’s economy has teetered. It was in the drink in the 1930s too. After the Wall Street stock market crash in New York in 1929, the world was plunged into The Great Depression.

Black Tuesday hit Australia hard, with the collapse of international commodity prices, including wheat and wool, meaning the debts run up by federal, state and territory governments were almost impossible to pay off at the previously agreed rate.

According to myplace.edu, “Some politicians argued that the loan repayments shouldn’t be made as the money would be better used creating local jobs. Other politicians said that the most important thing was Australia’s financial standing and the debts had to be repaid or else the nation would be declared insolvent.”

Others, it appeared, thought, screw this: I’m going to the beach. Enter: the following photo. Posted recently to Instagram by the Sydney Morning Herald (on its @smharchives Instagram page) the image, taken by an unidentified photographer for The Sun, depicts Bondi Baths in January 1935. The image features Dick Mooney, a competitive diver and swimmer from Sydney, training with his coach, Keith Martin.

Bondi Icebergs has only been properly renovated twice or thrice since 1930. In 1931 it was given two centrifugal pumps, and a two-storey concrete clubhouse with a caretakers apartment.

The baths were remodelled in 1932, according to allintoooceanpoolsinc.org, and in 1978 the pool was “repoured” using the existing structure as a framework.

In 1999, “The Bondi Icebergs Club had about 500 swimming members who unanimously supported the Singleton scheme to redevelop the baths,” allintoooceanpoolsinc.org writes, and the proposal led the Department of Conservation and Land Management to “prepare a plan of management for the Bondi Baths Reserve, which included the pools and the Icebergs.”

In the year 2000 the pool was closed for the redevelopment of the site. This year the Bondi Icebergs Club had 700 members, “making it the world’s largest winter swimming club,” (allintoooceanpoolsinc.org).

The new Bondi Icebergs pool complex opened in March 2002, featuring a large complex, a restaurant, the national headquarters of Surf Life Saving Australia and a clubhouse with the stunning views. The complex presided over a 50 metre, 8-lane main pool and a shallower 20-metre pool for kids.

RELATED: ‘Most Bondi Photo Ever’ Sums Up Australian Cafe Culture In 2021

Historical interest piqued? For those with a panache for the past, here are a few more facts, courtesy of allintoooceanpoolsinc.org.

Also interesting to note is that:

As for the hospitality aspect, according to the Bondi Icebergs Club, “The Bondi Icebergs become licensed in 1960 and the members moved from a tin shed into comfortable premises with bar & poker machines. A further update took place in the 1970’s enabling the Club to operate on two floors.”

“The Bondi Icebergs is the only licensed Winter Swimming Club in the world.”

We’ll drink to that.