Australians love a drink. According to the World Health Organisation, we’re in the top 10th percentile for alcohol consumption worldwide  – the heaviest drinkers in the Anglosphere and ahead of other stereotypically big drinkers like Germany, Japan and Spain. The #1 heaviest drinkers are the Belarussians if you’re interested…

Our drink of choice for most of the 20th century was beer. And not just beer, but full-strength beer. Things might have changed a lot since then – wine has long supplanted beer as our alcohol of choice, and spirits consumption is also on the rise – but many Australians still consider drinking anything less than full-strength beer to be un-Australian.

But just as outdated attitudes of masculinity or what constitutes ‘Australian’ are on the way out, our prejudice against mid-strength and low-alcohol beer is slowly diminishing too. Indeed, Australia’s in the midst of a low-alcohol beer renaissance, with more options (and people drinking them) than ever before. And – if you’ll put down your pint for a second – that might actually be a good thing.

If there’s anything the last twelve months have taught us, it’s that our health shouldn’t be overlooked. The Bat Kiss has forced us all to take stock of our lifestyle and habits, and an easy way you can lead a better lifestyle is by adjusting your alcohol intake. Indeed, the last twelve months have sparked a lower calorie and no-alcohol beer boom in Australia and around the world, as consumers have been keeping a closer eye on both their wallets and their waistlines, Drinks Trade reports.

One of the most counter-intuitive consequences of the COVID-19 crisis is that alcohol consumption has actually gone up in Australia. You’d think that pubs and clubs closing their doors and restrictions on social gatherings would have reduced consumption, but the opposite is true: Aussies have been hitting the bottle at home or by themselves in greater numbers – a depressing yet understandable trend. The rise in no or low-alcohol beer can be seen as a reaction to that, as Aussies have tried to take on healthier habits. Which, at the end of the day, is a good thing.

The other reason low-alcohol beer has been on the rise is simple: it’s finally getting good. Most mid-strength, low-strength or non-alcoholic beer available in Australia used to be either nasty imported stuff and/or highly commercial offerings, like Carlton Zero or Heineken 3. Recent years have seen smaller breweries rise to the occasion to produce low-alcohol bevvies that – shock, horror – are actually pretty nice to drink. Below are some prime examples. 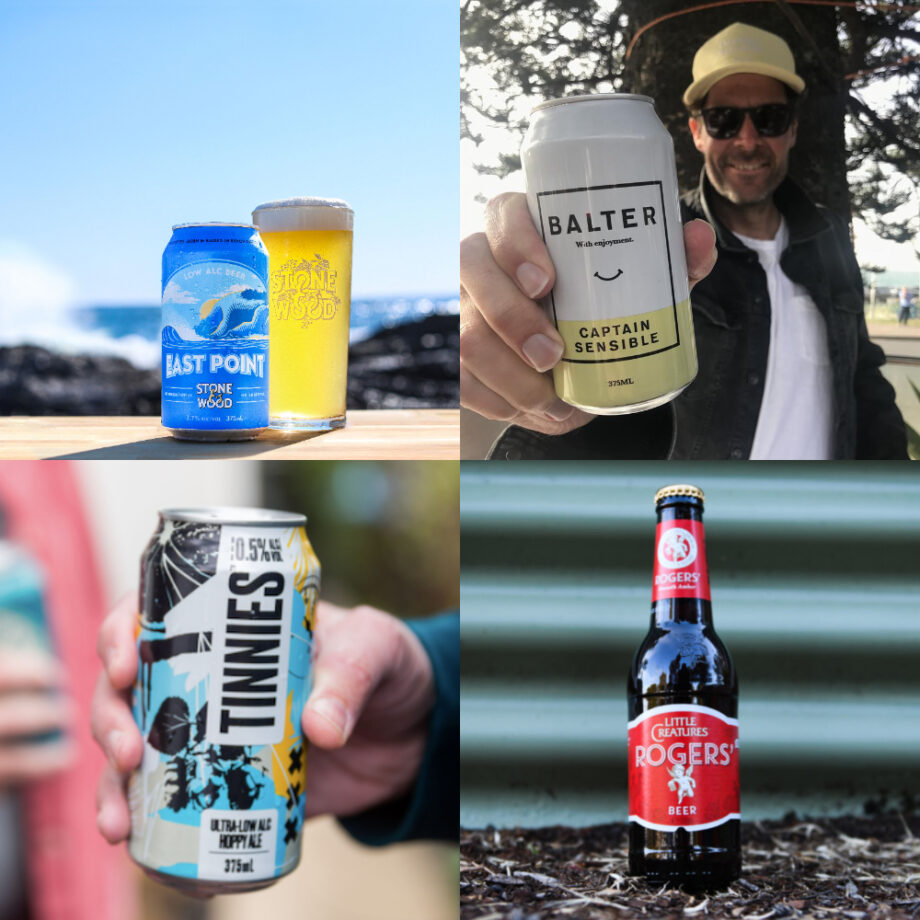 It’s not just breweries that have been expanding their horizons when it comes to low or non-alcoholic offerings. Distilleries such as Lyre’s and Brunswick Aces have brought non-alcoholic whiskeys and gins to market, and wineries such as Non and Jacob’s Creek have been upending the grape game, too.

Besides, isn’t it just better that people are drinking beer over hard seltzers?