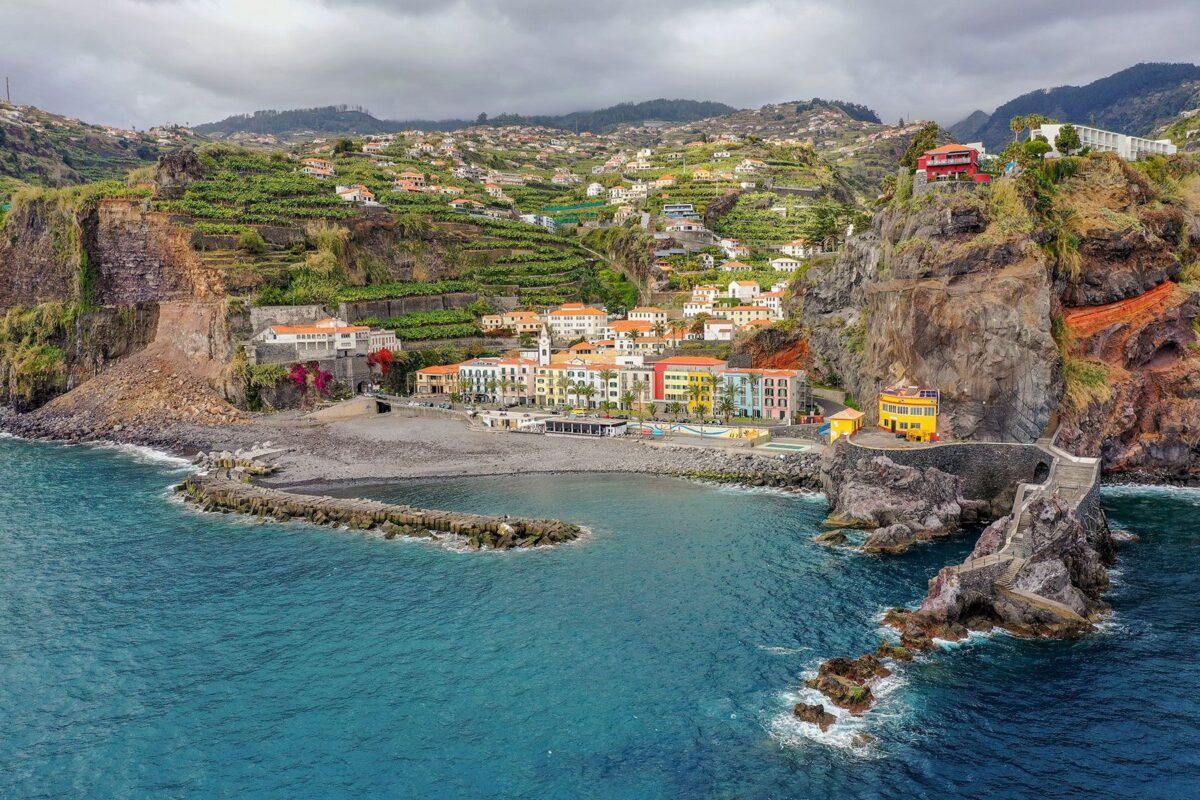 From towering volcanoes to crashing waves, Madeira is not an exact replica of Italy’s quaint Sorrentine Peninsula. However, the Portuguese autonomous region of Madeira, which is located in the Atlantic Ocean, 978 km south of Portugal and 450 km north of the Canary Islands is becoming a highly desirable ‘Amalfi Coast Alternative’ for a certain demographic of traveller.

That demographic? Digital nomads. As CNN Travel reports, Madeira is making a play to join the likes of Bali, Berlin and Lisbon as one of the world’s most attractive purveyors of wifi, coffee and a bang for buck lifestyle.

“A tiny archipelago that’s been called Europe’s answer to Hawaii might be the next big thing in remote working.”

“With many people leaving big cities right now, we wanted a village in a smaller place where people can create deeper connections than in a city,” Gonçalo Hall – a remote work consultant who is helping launch a new digital nomad community one of Madeira’s tiny villages – told CNN Travel.

The pilot project opened yesterday, on February the 1st, in the red-roofed village of Ponta do Sol, where it is able to host up to 100 remote workers in a co-working space and surrounding housing.

The project is a joint effort between the regional government of Madeira, StartupMadeira and Hall.

Hall told 150 Sec it frustrates him that not many people know of Madeira.

“I’ve been to Bali. I’ve been to Thailand. I’ve been to all digital nomad paradises. But when I visited Madeira, I was blown away and immediately saw the potential there. It’s just stunning. It’s incredible.”

“So far, about 75 digital nomads have committed to being among the first to start working in the picturesque village of about 8,200 inhabitants sandwiched into a verdant valley on Madeira’s southwest coast fronted by a pebbly beach,” CNN Travel reports.

The nomads hail from a variety of countries including Germany, the Netherlands, Spain, Portugal, Poland, Ireland and the Czech Republic.

On top of that, more than 2,000 people from places as far away as South Africa, the United States and Nigeria have registered interest too, Hall told CNN Travel. After registering their interest on the website they are then added to a Slack community where they can seek tips on everything from housing to local Covid-19 restrictions.

A minimum stay of one month is required, to lend the project a community feel. Most applicants, according to Hall, intend to stay for two months.

Francisco Fontes, a Madeira local who recently returned to the island when his job in the United States went remote, told CNN Travel Ponta do Sol is similar to “the villages along Italy’s Amalfi coast.”

“It’s very small. When you think of a nomadic village, it’s really that… A place you would step out and bump into the other people from the project.”

Madeira was recently crowned Europe’s Leading Island Destination 2020 at the World Travel Awards. Scrolling through the vibrant ‘Madeira’ Instagram geotag gives you a good idea why: the archipelago offers incredible hiking, surfing, a village feel and all sort of quirky crannies.

As for Covid-19, various measures are in place to help contain the spread of the coronavirus.

CNN Travel reports, “As with all things Covid-19, conditions are constantly shifting. On January 29, in response to the country’s dramatically intensifying Covid-19 outbreak, Portugal extended its lockdown and closed the land border with Spain. Citizens are restricted from travelling abroad for 15 days.”

“Plans to launch are going ahead and that leaves the project organizers waiting to see how things will play out: if they build it, will remote workers come?”

The early signs are positive. But only time (and the number of boutique yoga studios and hipster cafes per capita) will tell.