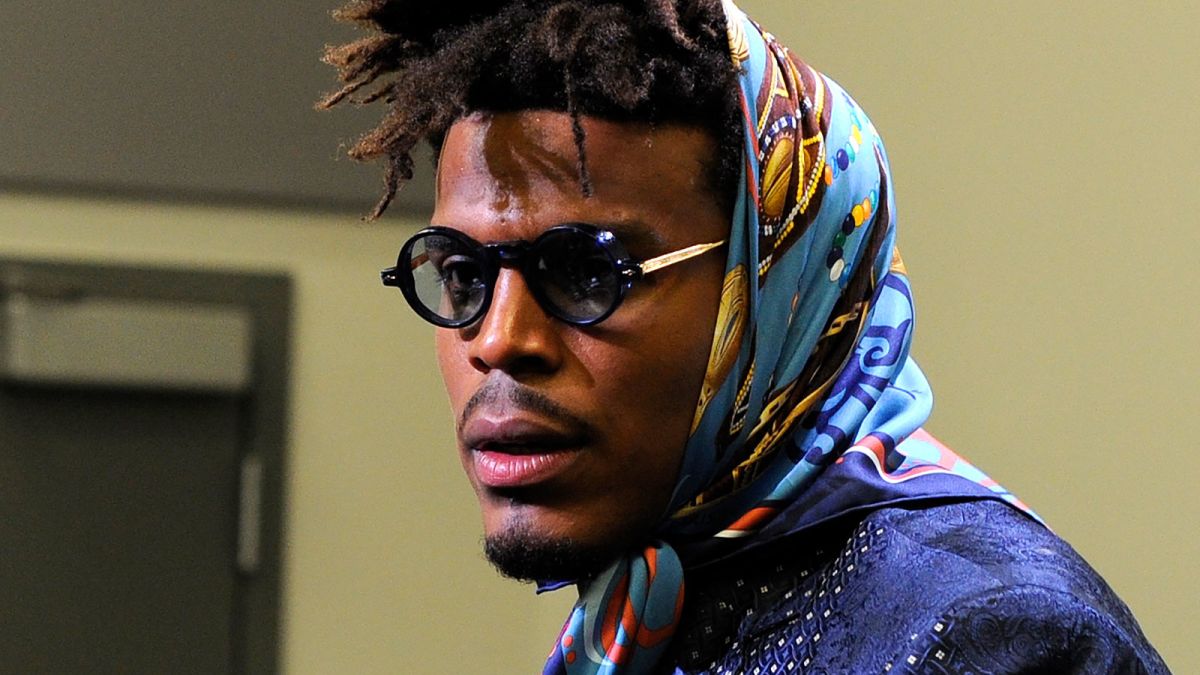 Cam Newton, New England Patriots quarterback and most unique dresser in the NFL, has always done things his way.

From his iconoclastic social media presence (where he decides to type everything in Wingdings-like text), his dedication to a vegan diet despite his hard-hitting day job and irascible yet impeccable fashion sense – not to mention his prodigious skills with a football – there’s no-one else quite like ‘Super Cam’ either in or out of the NFL.

Newton’s latest fit hammers home that point, the 31-year-old sharing a candid shot of him walking off a plane, looking like a modern cowboy: draped in a billowy, Western-print poncho; signature Meshika hat on his head; PPE on and a briefcase in hand, Newton looked straight outta Fallout New Vegas. We wonder what his fellow passengers thought…

Still, it’s much better to overdress than underdress for a flight, as this outrageous first class ‘foot felony’ demonstrates.

Newton’s a fashion icon in more ways that one, setting himself an admirable challenge that more celebrities (or more men more broadly) ought to be working towards too.

“One of my New Year’s resolutions is not to buy any type of high fashion clothing, that’s shoes, clothes – everything,” Newton shared in an interview with HollywoodLife.

“For the whole year I’m attempting to recycle all clothes to put a new look to it, because I’ve been known to wear clothes just once or twice then that’s it, and I’ve been doing that for years. It’s gonna be the challenge for me… but, I think it’s gonna be an interesting challenge that I’m looking forward to doing.”

RELATED: Welcome Arrival Of ‘Eco-Friendly’ Watches Could Be A Window Into The Future Of Luxury

The NFL world is buzzing around who’s likely to replace Newton as QB at the Pats now that his one-year contract has wrapped up – Newton himself brought in to fill the void Tom Brady’s departure from the team left. As it stands, Brady’s found much success with the Tampa Bay Buccaneers, with the Bucs set to face off against the Kansas City Chiefs at Super Bowl LV on the 7th of February.