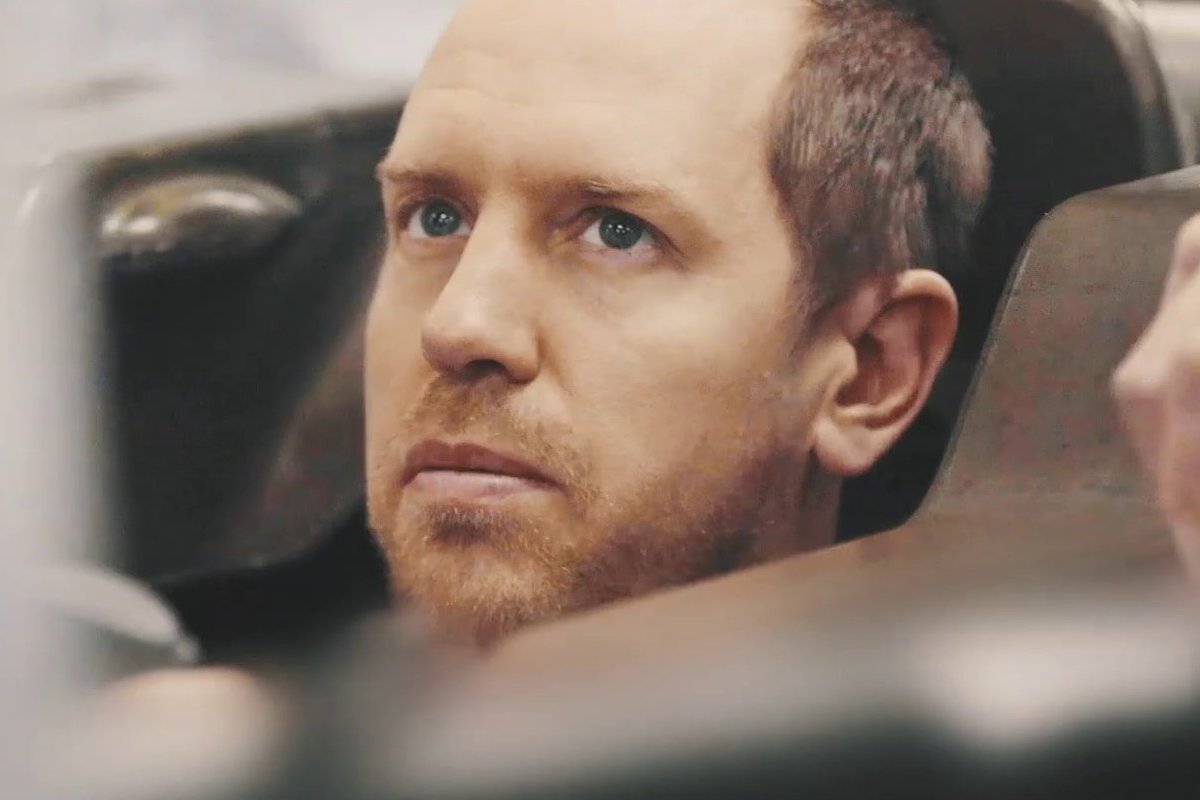 Ahead of the 2021 Formula One World Championship, the sport has seen a wide array of radical changes.

Daniel Ricciardo has left Renault to join young gun Lando Norris over at McLaren. Ricciardo is replacing Carlos Sainz Jr., who’s replacing Sebastian Vettel at Ferrari, who’s replacing Sergio Pérez at Aston Martin (which was called Racing Point in 2020), who’s replacing Alexander Albon at Red Bull. Lewis Hamilton might be leaving the sport entirely, with his status with Mercedes still up in the air, too…

But back to Vettel, who might have debuted the most radical change yet. After a rather unsuccessful stint at Ferrari, Vettel fans have been champing at the bit to see how he’ll do with Aston Martin – and earlier today, they got a first taste of what’s to come, F1 sharing photos of Vettel getting a seat fit with his new car.

But it’s not the car the fans are worried about: it’s Vettel’s hairline. It seems the German F1 champ not only left Ferrari behind but most of his follicles as well, with the poor 33-year-old getting absolutely clowned online – bald jokes coming in thick and fast.

Seb was sporting a new look when he had a seat fit on Wednesday at @AstonMartinF1 👀📸#F1 pic.twitter.com/pIpRudjpSR

The bizarre look comes as a particular surprise because of how quickly it seems as if Vettel’s lost his hair. More likely he’s just opted for a buzz cut – a bold move when you’re already losing your hair.

RELATED: I Got Brad Pitt’s ‘Fight Club’ Haircut & Now I Deeply Regret It

Fans were quick to compare Vettel’s new look to Prince William, another European celebrity who in recent years has been losing the battle against his retreating hairline. A more flattering comparison that’s also been touted is that of action star Jason Statham, or Breaking Bad’s Walter White – “he’s going to cook some tyres on [the] track next year,” a fan quipped.

One Instagram commenter had this brilliant one-liner: “dude went from Toro Rosso to Hairo Losso.”

Others were worried about how Sainz might look after a stint at Ferrari, too – will the stress of driving for The Prancing Horse get to the Spaniard, too?

We just wonder what Hamilton’s thinking about Vettel’s new cut. The pair used to share quite an intense rivalry, with Hamilton’s star power eclipsing Vettel’s in recent years. Hamilton too used to look in danger of going completely bald – but unlike Vettel, Hamilton has been more proactive about his hair loss, with his current follicular situation healthier than it’s been in years. Looks like the Englishman’s having the last laugh.

The 2021 Formula One World Championship will begin on the 28th of March with the Bahrain Grand Prix, as the Australian Grand Prix has been pushed back tentatively to November due to the ongoing COVID-19 crisis. Travel restrictions have also seen the Chinese Grand Prix indefinitely postponed, with Imola returning to the F1 calendar in its slot, formula1.com reports.