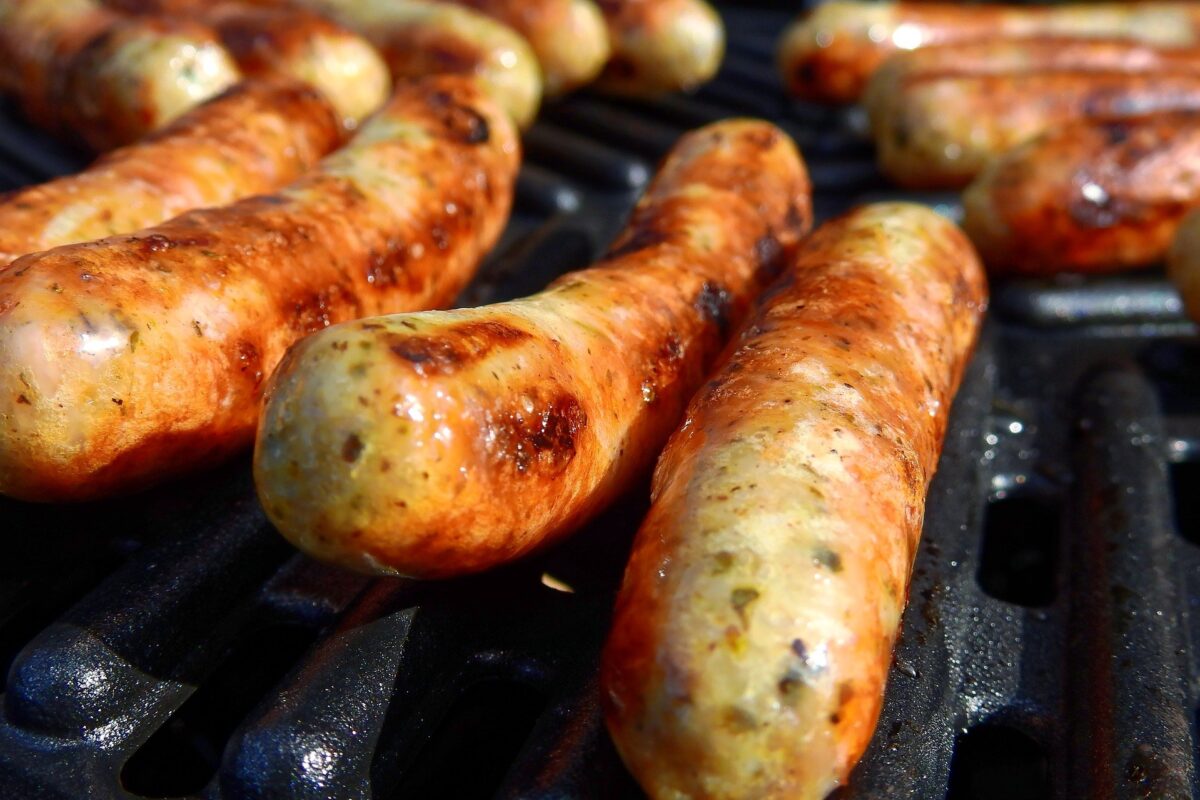 Australians might be deservedly proud of our world-class coffee culture and spirits such as gin, but Australian cuisine is another story altogether.

Of course, ‘Australian food’ is like saying you speak ‘Australian’ – because there’s no such thing. Australian cuisine is a melting pot of the world’s best culinary traditions, Indigenous knowledge and modern innovations, defined more by the quality and unique nature of our ingredients more than a distinct national cuisine.

Many foods we consider ‘Australian’ are also a matter of contention. The Kiwis claim pavlova, meat pies are still rather British and the Chiko roll is just a bastardised spring roll, which is found in a number of Asian cuisines. And is fairy bread really worthy of being considered its own distinct dish? It’s nothing to get too proud about…

But something we’ll defend to our dying breath is the institution that is the Bunnings sausage sizzle. Not only is it cheap, tasty and universally appreciated, it’s emblematic of the modern Australian experience: it’s more than the sum of its parts, just like Australia’s people.

-leftover sludge from brewing beer on white bread with butter

-cheap sausages on white bread with butter, served in front of a hardware store

-chips with chicken salt on white bread with butter

For those of you who are still scratching your heads, Bunnings Warehouse is a hardware store chain, similar in size (and market saturation) to Home Depot in the US or B&Q in the UK. Bunnings stores are ubiquitous in suburban Australia, and do everything from selling pot plants, decking and chainsaws to key cutting and pool water testing.

What they’re best known for, however, is their community sausage sizzles. Virtually all Bunnings stores host sausage sizzles on the weekend, giving community groups space and equipment to host fundraising BBQs. The big green marquees, long Bunnings hotplates, the indescribably good smell of cheap sausages and onion sizzling away… It’s fair to say many people turn up to Bunnings not for the hardware but for the snags.

While you’d be hard-pressed to find an Aussie who’s not a fan of the store’s meaty offerings, some Redditors shared some choice comments about the above Tweet on /r/Australia.

“When do Bunnings put butter on the bread? What affluent suburb does she live in? What charities decide to actively lose profit margin? I have so many more questions,” one commenter mused.

While you’d think it would be pretty easy to wrap your head around (and even harder to fuck up), Bunnings failed to impress upon Great Britain the value of the humble sausage sizzle. When parent company Wesfarmers took over the ailing UK chain Homebase and converted its existing locations to Bunnings stores – sausage sizzle included – it failed to gel with the British public, as The Sydney Morning Herald reported in 2018. Wesfarmers and Bunnings departed the UK in the same year.

Ah well. We don’t care if the rest of the world doesn’t understand. More $2.50 snags for us.