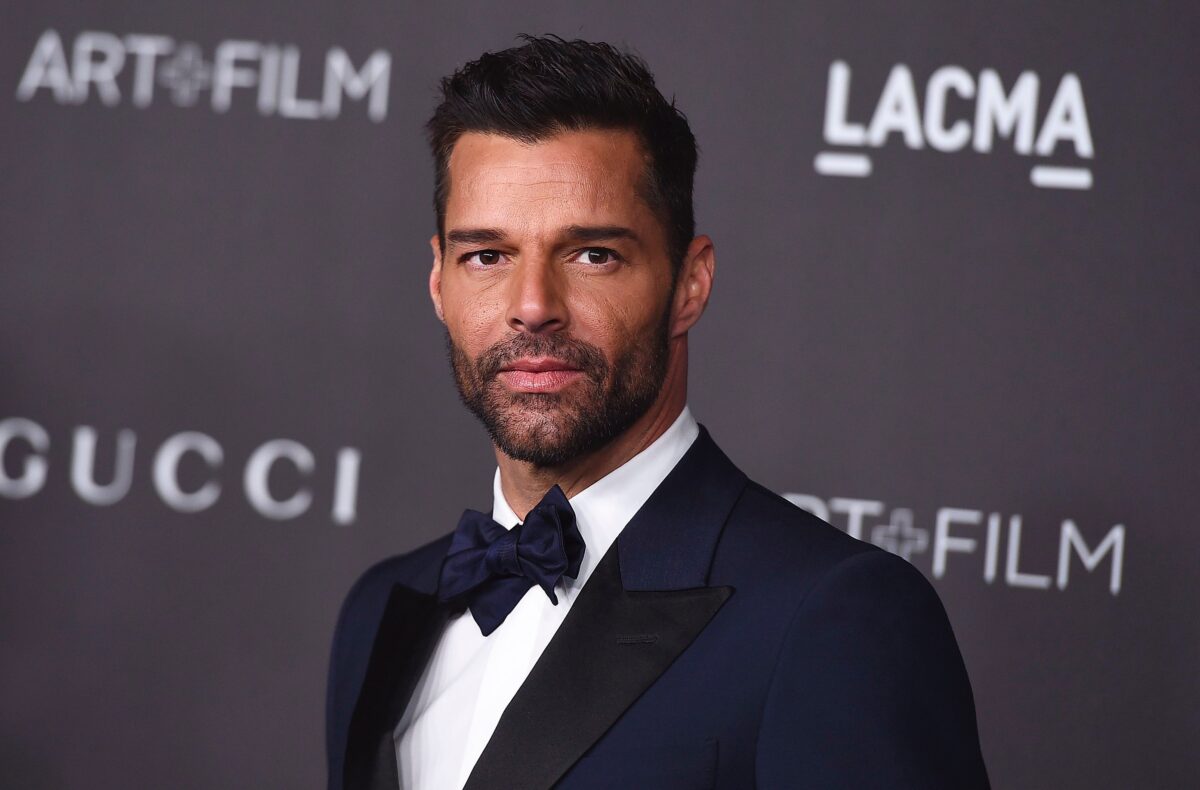 2020 will forever be a year remembered for Australian bushfires, a pandemic and more time half-dressed for at-home Zoom calls than previously thought imaginable. It also, for men at least, paved the way for a whole new trend of getting their hair cut at home.

And, while such a trend delivered, let’s be honest, mixed results, some men decided to go all out and bleach their hair. Because if not now, when? However, while the days of #CrisisBleaching our hair may be behind us, 2021 doesn’t want to banish the hydrogen peroxide to the bathroom cabinet just yet.

The Puerto Rican singer, songwriter and global megastar isn’t just known for his Latin pop hits, but also for his handsome face and super slick fade haircut. Usually seen rocking nigh-on perfect stubble, Martin has recently taken to Instagram to post a completely new look, and it could well prove to be the new grooming trend 2021 is looking for.

Rocking a new bleached blond beard – still perfectly trimmed, of course – Ricky Martin claims the reasoning for such a move was because he was bored, using the caption “When bored, bleach”. Certainly, words to describe the mindset of many during 2020 (and likely 2021).

Receiving plenty of praise from his adoring fans, “Oh Absolutely!”, “Blondes have more fun”, and more fire emojis than we care to count, it’s safe to say that Martin may have got away with his latest exploit and could have become the unlikely trendsetter for the year ahead. Summing up men’s attitude to grooming in 2021, you might say.

We wouldn’t be surprised if something such as beard bleaching takes off in the coming months – actor and Childish Gambino rapper Donald Glover attempted the same thing in 2019, albeit with less success – as it appears beard-owners are now hoping to have their time in the spotlight, choosing to experiment with new ways to style their facial fuzz while they continue to find themselves spending most of their days at home.

Enter, monkey tail beards. Not unlike something you might see in a Tim Burton flick, monkey tail beards are slowly becoming a ‘thing’ in the US and the UK. Thankfully, there are currently no signs of it making its way to Australian shores. Yet.

Quite possibly one of the most awful grooming trends we’ve come across, the monkey tail beard sees men shaving one side of their face, leaving a sweeping tail from the sideburn and round to form a moustache. No, we’re not sure why either.

Trend will fade when they realize their ear is the monkey’s butthole. Shoulda thought it thru.
🤔🤣🐒#MonkeyTailBeard #thinkagain https://t.co/NikLvE2tqE

But, while many media outlets are claiming it can be traced back to 2019 and MLB baseball player Mike Fiers, a quick look on Twitter suggests it actually dates back much further to 2011/12. It’s unclear how it became a trend in the first place back then, but it died off around 2014 – and should have stayed that way – and has seen a resurgence since Fiers took to the field rocking his, for a “dare”.

It’s a unique way for men to experiment with their lockdown beards, we’ll admit, and a far cry from the Amish beard trend that found particular favour with celebrities in 2020.

While that trend could have been attributed to its low maintenance qualites, according to Jacob Martin, owner of Sydney barbershop Tate & Lyle, who spoke exclusively to DMARGE, this latest craze to sport a monkey’s tail on the face looks to demand far greater upkeep.

Let us hope the trend is a temporary one for Instagram likes only, and not one we’ll see when out and about.