Americans like to think they’re best in the world at everything. What’s frustrating for many of America’s critics is that they often are.

The types of alcohol we consume are different, too. When it comes to market share, wine is king in Australia, with beer not far behind and spirits far off in the distance, ABS statistics report. In comparison, beer has the lion’s share in the US, followed by spirits and then wine, according to alcohol.org (and the eternal Homer Simpson). Perhaps that explains why this Australian wine trend hasn’t taken off in America – to the utter detriment of American wine culture.

Before you throw a box of Fruity Lexia (and a bunch of ‘bogan’ stereotypes) at our heads, hear us out. Box wine, cask wine, Chateau Cardboard, space pillows, goon… Whatever you call it, box wine is a uniquely Australian invention that’s become synonymous with the ‘humble’ side of Australia’s drinking culture. For those not in the know, box wine is simply wine that rather than being filled into a glass bottle has instead been filled into a metallised plastic bladder, typically with an air-tight valve/spout, with the bag contained in a cardboard box.

Now we know what you’re thinking: box wine certainly exists in the US, with brands like Franzia and Bota Box available across the country. But it remains a small part of the market, and box wine has quite a negative reputation in the US. It’s seen as low-rent, rather than down-to-earth and practical. Box wine is only responsible for around 18% of all wine sales in the US. In comparison, they make up over half of all wine sales in Australia.

What America hasn’t cottoned on to yet – which Australians (admittedly, perhaps a tad too enthusiastically) have – is the epicurean advantages of box wine. If you’ll excuse us getting up on our soapbox for a moment: box wine is the superior way to drink wine, and America’s reluctance to embrace it does their wine industry a disservice. Stop taking yourselves so damn seriously. 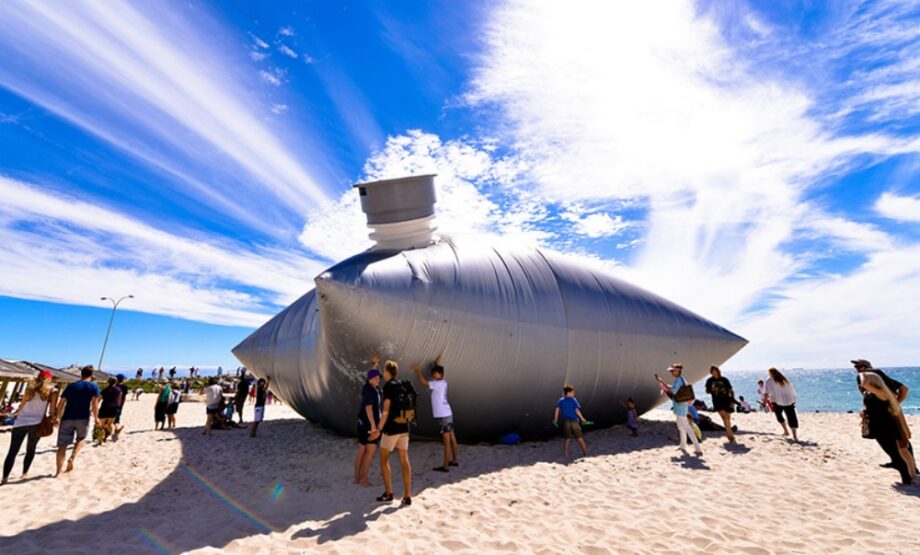 Box wine has many obvious advantages over a traditional bottle of wine. Cardboard and plastic are cheaper, lighter, more space-efficient and less fragile than glass – which is precisely why it’s used for cheap wine. It’s also better for the environment, as it’s easier to recycle than glass. Being easier to transport than glass also cuts down on shipping costs, and therefore its carbon footprint.

But the least known advantage of box wine is its culinary value. Unlike a traditional bottle, which once uncorked needs to be consumed reasonably quickly, the design of a box wine’s bladder means it stays fresher longer; you don’t have the same rush. It’s unaffected by cork taint and doesn’t need any special tools to reseal. Because the inner bag is opaque and wine is dispensed from it without adding air to fill the vacated space, box wine is far more impervious to oxidisation than a bottle of wine.

All in all, it actually looks after the wine better, resulting in a better drinking experience. Besides, once you decant the wine into a drinking glass, what does it matter what it was stored in?

There’s even a growing trend of premium Australian wineries choosing to produce box wine as well as bottles. Perhaps box wine’s negative reputation stems from its price, not from the technology itself? In any case, more and more Aussie consumers are ditching their prejudices about box wine and instead are embracing it for its functional benefits.

Things aren’t all sunshine and daisies, however. Box wine has one functional disadvantage over bottles in that you can’t cellar it. But let’s be honest: it’s rare a cheap wine ever needs to be cellared.

More pertinently, while the prejudice against box wine is far stronger in the US than it is in Australia, there’s still a prejudice against it here too. At least in America there are other drinks like malt liquor, hard seltzer and Everclear that give box wine competition in the trashy alcohol stakes: in Australia, ‘goon’ sits at the bottom of the totem pole. That prejudice extends to canned wine, too, a trend that’s ironically seeing stronger momentum in the US than it is here.

In short, both countries have a long way to go when it comes to ditching their preconceived notions about box wine – but Australia’s much further down the track, and if the US isn’t careful, they might be left behind.

Indeed, it’s not even a question of being left behind, but a question of relative value. The biggest reason people are reluctant to revisit box wine is that they associate it with low-quality wine. But part of the reason box wine is so cheap is that producers can cut costs on the packaging, not necessarily the product. Crap wine will taste crap whether it’s put in a bottle or a bag, but pound for pound, boxed wine is the better choice if you want a better product.

Essentially: don’t screw yourself out of a good wine experience just because you’re scared of the box.