Real estate agents calling properties ‘fixer-uppers’ or a ‘renovator’s delight’ is one of those classic tropes.

The gamble is this: will you actually end up saving money buying a dilapidated property and doing it up yourself, or are you just better off forking out a little more coin for something liveable?

For first home buyers, a fixer-upper is a particularly tantalising prospect… Or their only choice. Young people tend to be cash-poor but time-and-energy-rich, so doing a bit of DIY makes sense. Sometimes it’s a real palaver, but other times you can find a diamond in the rough – which is what this apartment in Brisbane’s trendy New Farm looks to be.

9/368 Bowen Terrace, which is a mere 15 minutes from the Brisbane CBD and a stone’s throw from the River Torrens, isn’t the prettiest apartment in the city by a long shot. But while the photos look unappetising, to skip out on this inner-city terrace would be arguably the biggest missed opportunity in Australia right now. 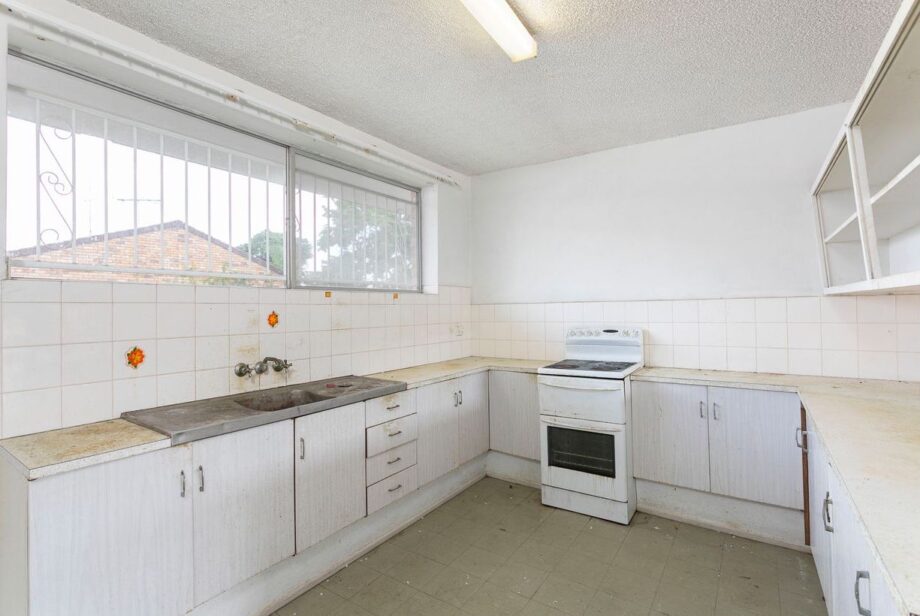 Normally, properties go end up with the Public Trustee if they’ve been a mortgage repossession or if they’re part of a deceased estate. We’d wager the latter’s more likely, considering the state and age of the apartment’s amenities. The kitchen and bathroom are particularly dire, and the lockup laundry next to its car spot looks like it’s straight out of a horror movie.

RELATED: ‘Dump Of A House’ Actually Australia’s Most Wanted Property Of 2020

But you have to look at the positives. Sure, the lockup laundry is very Saw-esque, but the fact the apartment has a lockup laundry, as well as its own undercover parking, is a real boon, particularly in the inner city where it’s notoriously difficult to find on-street parking. The carpet might be absolutely shagged in the lounge room, but the fact the apartment has such a big lounge room is also a plus. It’s a veritable hipster’s dream home in the making.

The Public Trustee emphasises that you’re perfectly placed to “take advantage of the huge array of cafes, bars, boutiques and restaurants along both Brunswick Street and James Street.”

“Entertainment options abound… the Sydney Street Ferry Terminal is close by for a quick and easy CityCat ride or instead choose to stroll along the tranquil Riverwalk past Howard Smith Warf and into the city centre.”

“Whilst in need of some urgent love and attention, it is a perfect entry-level home for a young couple, city worker or a fantastic investment opportunity with strong rental demand in the area. There is work to be done before you move in, however, the pay-off will be there in the end… a newly refurbished apartment in the heart of one of Brisbane’s most popular suburbs!” 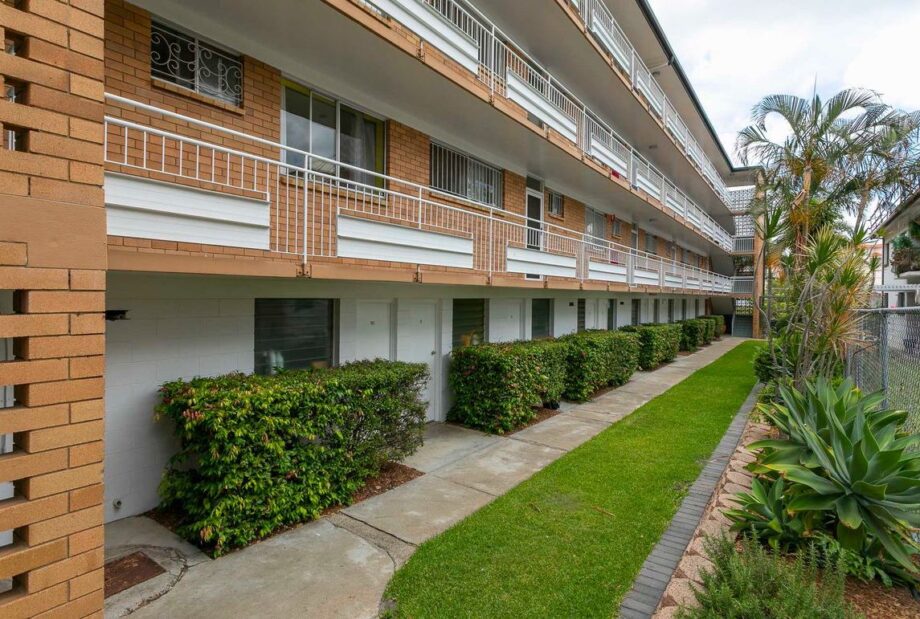 Retro but respectable from the outside. Image: realestate.com.au

In short, if you’re willing to put in the work, this could be the cheap inner-city pad you’ve always dreamed of. If not, you could be missing out in a big way: Brisbane’s property market is showing signs of heating up like Sydney and Melbourne’s, and this kind of deal might not be seen for quite some time.

The other missed opportunity here, of course, is that the previous owners weren’t able to restore the property to its former glory, or update it in keeping with today’s tastes… It’s a shame, really. But you know what they say: one man’s trash is another man’s treasure.

Check out 9/368 Bowen Terrace on realestate.com.au.