Despite getting a late start (other spots, like Jaws, blew up in the 90s), Nazaré has cemented itself as one of the most iconic big waves in the world.

Bursting onto professional wave surfers’ radars only after Hawaiian big wave surfer Garrett McNamara was invited to Portugal to suss out it out in 2010, Nazaré has more than made up for its short time in the public eye in the years since.

Its 10 story waves are a freak of nature, with an offshore canyon channelling them to crunch into each other, creating mountainous peaks the height of which are rarely seen anywhere else in the world.

Tahiti’s Teahupoo, for instance, is known as the thickest, most violent wave in the world. But it breaks in big long bars, sucking water off the reef, its trough below sea level. Hawaii’s Jaws and California’s Mavericks, two of the world’s other most famous big wave spots, come closer to Nazaré in terms of height but don’t throw up such high mountains as consistently as Nazaré, and are, arguably, a little more ‘spread out’ in shape, offering more ‘workable face’ than Nazaré’s trademark triangles.

Nazaré is the ultimate peak. And whenever a big swell marches out of the Atlantic, it throws up huge, unpredictable, waves. One of the professional big wave surfers who flies across the globe to ride them is Maui waterman Kai Lenny. 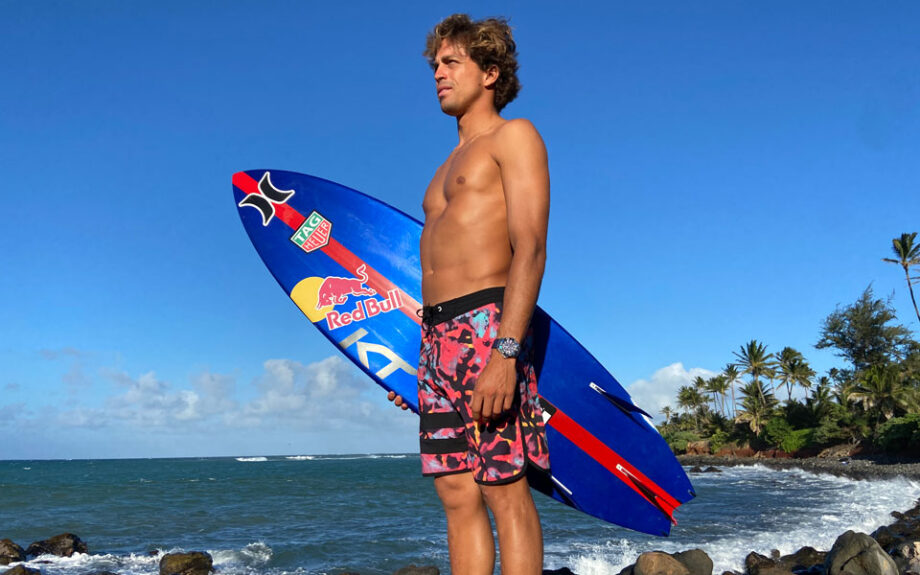 Lenny last year appeared on The Late Drop podcast with fellow big wave surfer Jamie Mitchell, discussing, among other things, why Nazaré is such a tricky wave to paddle, the unpredictable nature of its massive peaks, the lack of a defined deepwater channel, and the physical limits of how fast a pair of arms can propel you to a place of safety (or to the perfect spot to catch one of Nazaré’s biggest waves).

They also spoke about how Nazaré, thanks to the sudden upwards, thrusting motion of its almost wedge-like waves, appears to also collapse differently to other big waves. This catches out a lot of big wave surfers trying to outrun the whitewater, who are used to other big waves like Jaws, where it is (sometimes) possible to ‘bounce’ off incoming whitewater, and have it push you back in front of it. At Nazare, you just get consumed.

That in mind, DMARGE recently asked Lenny if he foresees a day where he might ditch the tow-board and paddle into century swell size waves at Nazare. We pitched him an ill-conceived hypothetical involving a massive 12″ gun, a team of jetskis tracking a rider’s every move, and spotters with walkie talkies on the cliff (to substitute the classic ‘carpark whistles’ you get at local surf breaks around the world). Is it possible?

“On the last Century Swell, it is definitely possible, that challenge and achievement would be amazing. However, on a twelve foot gun you’d have so much drag on the board, you need to ride something smaller to go faster on the wave before it swallowed you. Secondly, having two or three jets skis tracking your every move would be nice but might defeat the challenge and the art of paddle-in surfing,” Lenny told DMARGE.

That art, Lenny explains, is “positioning yourself in the perfect and often most dangerous spot and committing to the decisions you made. Being out there on the jet-ski tow-in surfing is extremely challenging to be in the right place, so paddling would be extremely gnarly.”

“They would have to pick one peak and wait, the cliff could tell the person which wave is biggest and if they don’t get caught inside they might get a chance to go for it. Since these swells are so rare, I would opt to tow and ride fifteen 80 – 100 foot waves instead of possibly one or none paddling. But that’s where I am at in my career at the moment. Who knows what the future will bring.”

Lenny also shared with DMARGE what it feels like to be at the top of a mountain-like wave at Nazare, as well as what was going through his head during his viral wipeout earlier this season.

“Surfing the moving mountains of Nazare, Jaws and Mavericks, offers a feeling like nothing I have ever felt. It’s a combination of fear, excitement, anticipation and the desire for more. While I was making my hold down video holding on to my GoPro, I was really happy that I was getting the footage of giant walls of white water. It gave me hope as I was constantly beaten by wave after wave. I am stoked to be able to share this with others. I am very happy that my level of fitness allows me to be able to video under the circumstances.” 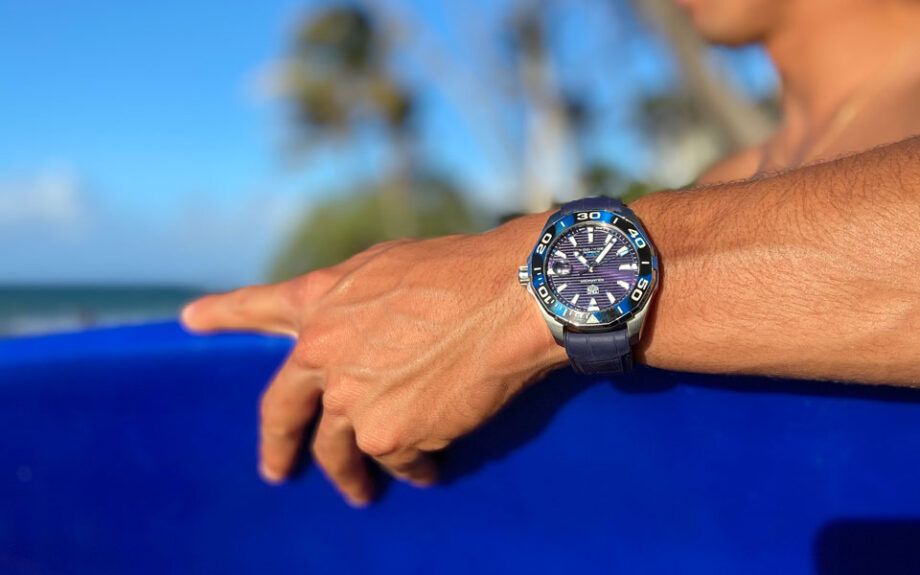 Lenny also shared that “tow-in surfing is a team sport and that’s what makes [it] incredible. You are sharing an experience that few people will ever know with your friend. Towing Nazare is challenging in its own way just like how paddling Jaws is challenging in its own way. When I ride the biggest wave of my life at Nazare it’s equally special for my tow partner who towed me in.”

“The achievement was a team effort and is celebrated as such. The rider does get the glory and deservingly so because they risked it all for the ride and could have possibly died or have been injured. The best part about getting a wave like that is when you swap turns with your partner, you pay it back by getting them on the biggest wave of their life.”

Lenny also spoke to DMARGE about his relationship with TAG Heuer, relating, “The level of excellence that TAG strives for is in line with how I want to be as an athlete and as a human being. I live my life striving to be the very best that I can be. This means making sure that I have all of my equipment including my watch prepared, ready and tested so that when the Century Swell comes, I am ready.”