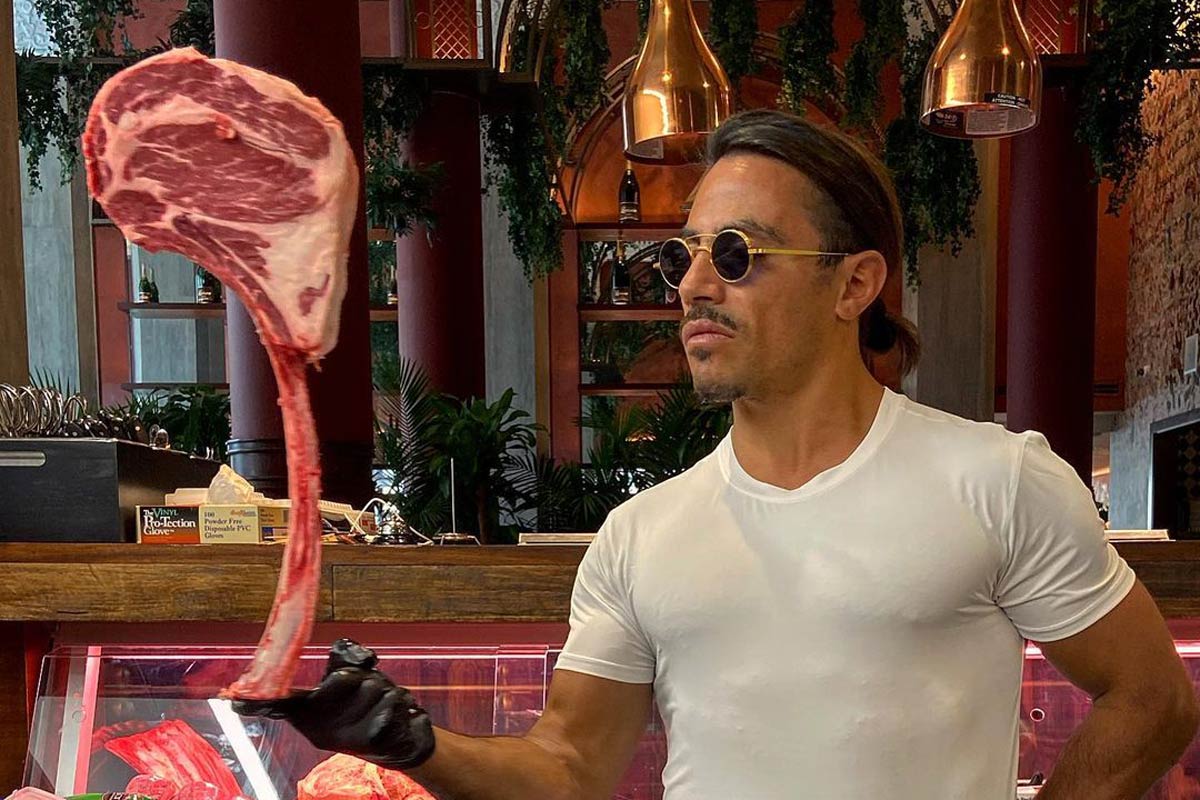 Shedding blood, sweat and tears in the pursuit of a shredded physique, but making seemingly slow progress? While it’s no secret that nutrition plays a huge role in your pursuit of gains, and you may already have a go-to meal plan in place, you may still be able to learn a thing or two from the internet’s sexiest butcher.

Salt Bae – real name Nusret Gökçe – the Turkish butcher and restauranteur turned viral sensation, is not only known for his salt-sprinkling techniques but also his insanely shredded physique. Previously revealing a body fat percentage of just 5.8% – which while incredibly impressive and seriously hard to achieve, isn’t always necessarily a good thing as this blog post from In Body USA reveals – he continuously reveals the food choices he makes in order to achieve such insane muscle definition.

Considering he’s a butcher by trade, that shouldn’t be surprising. What is surprising, or at least a little peculiar is that he (at least on occasion) consumes vast quantities of meat for breakfast, foregoing the traditional nutritional breakfast of avocado toast, eggs or even bulk-tastic pancakes.

Taking to Instagram, Gökçe recently posted a video that will horrify vegans everywhere, showing himself chowing down on a leg of beef, accompanied by the caption “My breakfast.”

It’s not the first  – and we imagine it won’t be the last – time Salt Bae has revealed his interesting breakfast choices. But considering the last video DMARGE reported on was posted in November 2020, this latest upload clearly shows he’s still as committed to the Carnivore Diet as ever – or at the very least, shows no signs of giving up his carnivorous lifestyle.

One such high-profile celebrity, Joe Rogan, is a strong advocate for the Carnivore Diet, albeit revealing at the same time the (rather nasty) side effects it can have on your body.

The Carnivore Diet can be interpreted in various different ways. Some choose to restrict themselves to just beef, salt and water, while others switch up the meats they consume. Whichever method chosen, it’s claimed the strict diet aids with “weight loss, mood issues, and blood sugar regulation, among other health issues”, according to Healthline.

Of course, Salt Bae’s obscenely lean body isn’t simply the result of his meat obsession. He also puts considerable effort into keeping fit, either at the gym or whenever he finds himself outside. Like British strongman Ross Edgley, Salt Bae likes to get creative with his training, previously using loose rocks as substitute weights.

If you want to make drastic changes to your diet, such as introducing meat for breakfast, you should consult with a medical or health professional first. But if given the all-clear, you could find you’ll turn your nose up to avocados forever.