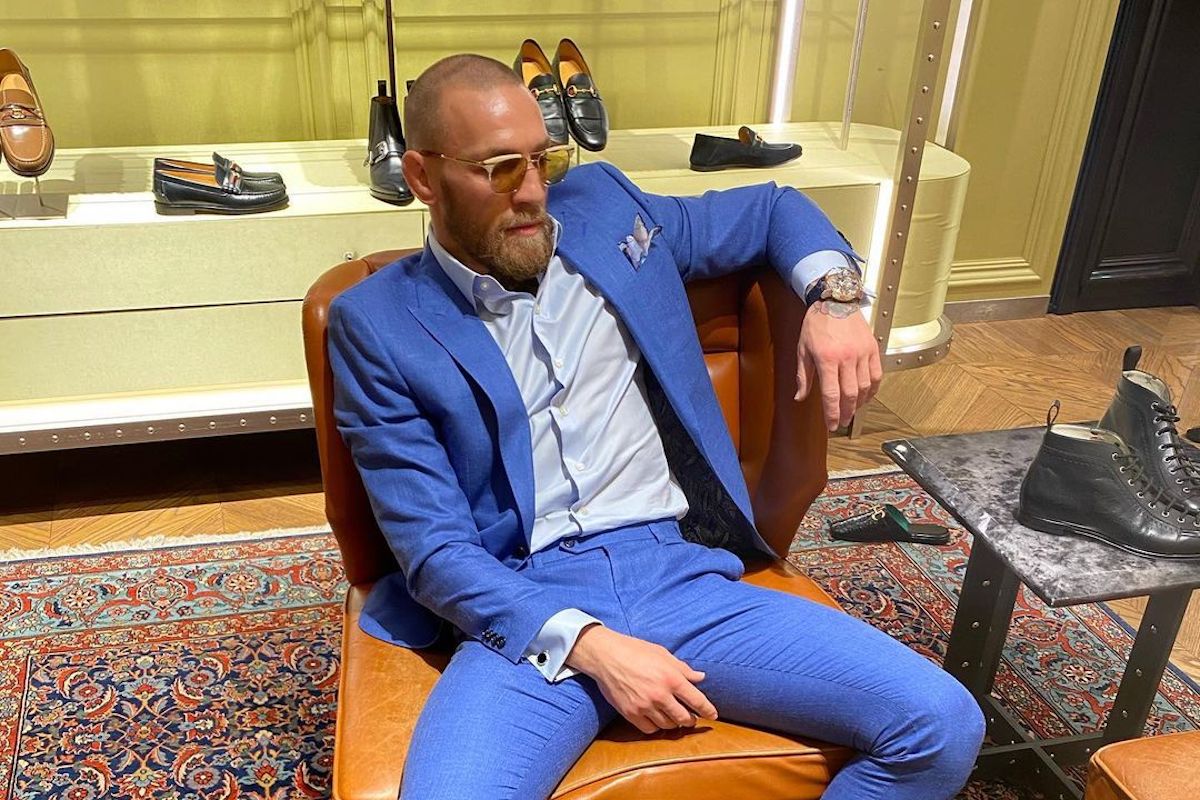 Conor McGregor is almost as well known for his lavish spending habits as he is for his skill in the Octagon.

The 32-year-old professional mixed martial artist has a particular love of expensive watches – his expansive collection containing many six-figure timepieces from brands like Patek Philippe, Rolex and Jacob & Co.

It was the latter’s boutique that he was most recently seen watch shopping in, trying on a cool $5 million or so worth of watches in one sitting, prompting both praise and jealousy (not to mention a fair amount of scorn) from his legions of fans. We guess that sort of lavish shopping expedition is par for the course when you’re the most valuable MMA fighter in the world.

Now it seems he’s put the speculation to rest, showing off on Instagram what he ended up purchasing at Jacob & Co.’s Dubai outpost: an Astronomia Tourbillon Five Minute (ref. AT810.40.BD.BD.A) worth around 1.3 million AUD… Give or take a few ten thousand dollars. It’s probably the most Conor McGregor watch ever.

With a case size of 50mm and a thickness of 25mm, this Astronomia is a whopping big watch. An 18ct yellow gold glasshouse of a thing, it features a mechanically marvellous four-satellite central structure that rotates around the diamond-encrusted dial every 5 minutes. One arm contains the actual watch face, another a 288-facet ‘Jacob-Cut’ diamond, another a miniature magnesium world globe and the last a triple-axis tourbillon. In between the base dial, bezel, lugs and clasp, the watch boasts 395 diamonds weighing in at 18.8 carats. Oh, and add an additional carat for the big one on the satellite.

In short, it’s one hell of a statement piece.

It’s not the only Astronomia McGregor owns, either: he also owns an Astronomia Casino (which swaps out the diamonds for a roulette wheel motif), an Astronomia Solar Planets (which depicts a miniature solar system), an Astronomia Opera (which contains a music box that plays the theme to The Godfather) and another Astronomia Tourbillon in rose gold. Clearly, he couldn’t stop at one ridiculous, outrageously expensive watch.

That’s what sets his Jacob & Co. watches apart from the Rolexes and Patek Philippes in his collection. While Rolexes are luxurious watches, the brand has always had a strong focus on technical performance. The GMT-Master ‘Pepsi’ and Submariner ‘Hulk’ might be status symbols but they’re capable tool watches first and foremost. Patek Philippe as a brand is more luxury-focused; one of the ‘Holy Trinity’ watchmakers that has a long history of haute horlogerie – but even Patek Philippe don’t chase the 1% so hard as Jacob & Co.

They are watches for the richest people on the planet, taste or style be damned. That’s why many serious watch fans don’t take Jacob & Co. seriously – although McGregor or any other Jacob & Co. owner would say that’s just sour grapes.

RELATED: Unfortunate Reason The ‘Ugliest Watch Ever Made’ Will Sell Like Hotcakes

McGregor’s in the United Arab Emirates preparing for his next fight. The Irishman is set to face American brawler Dustin Poirier in the main event of UFC 257 at ‘Fight Island’ in Abu Dhabi on the 24th of January: the first fight Conor’s had in a fair amount of time, and the first time he’s fought Poirier since they faced off back in 2014.