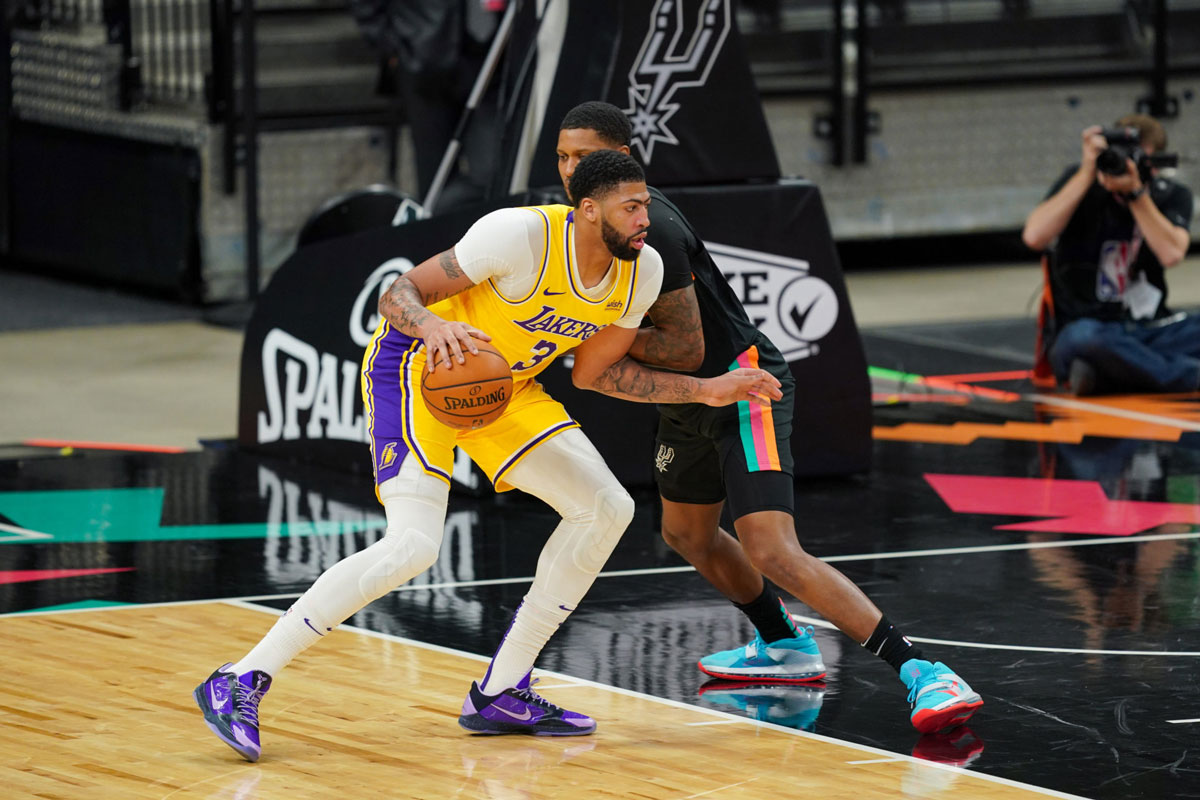 With profligate plagues, polarised politics, and a democracy under attack, you could be forgiven for thinking America is a pit of despair right now.

However, there are still pockets of heartwarming news. Enter: the latest encounter between NBA players Anthony Davis and Rudy Gay, recently zeroed in on by Bleacher Report.

Lakers player Anthony Davis can be seen driving towards the hoop, running into Spurs player Rudy Gay, who is defending, in the process. They both fall over. Davis lands on top of Gay. Gay then grabs Davis around the neck in what initially looks like a grappling move, but then – by the wry smiles seen on each players’ face as they get up – turns out to be friendly high jinx.

Unfortunately, various Instagram commenters didn’t see it that way. Instead, they mocked the man on man action. Though some comments were made in good humour (see: “the only way to slow down AD”), others were homophobic.

A smattering of the remarks, showcasing the range of immature innuendo, can be seen below:

“That’s how he got his last name.”

Our take? It’s beyond time America stopped automatically mocking ‘bromantic’ moments, and this incident highlights it.

Why? First of all, unless you’re still living under the narrow-minded, discriminatory mindset of bygone eras, you shouldn’t see anything wrong with there being a romantic factor at play.

Second of all: study after study tells us physical affection and bonding is a hugely positive part of platonic male interaction (to the point men are often happier with their bromance than their romance).

At least one guy gets it; “Lil foreplay no biggie.”