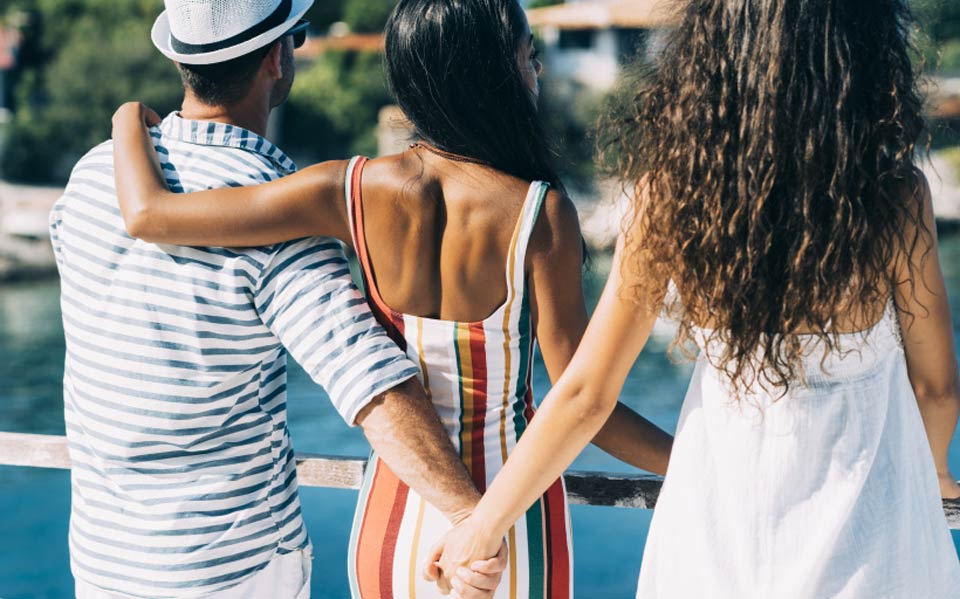 ‘Everyone knows everyone.’ It’s a phrase uttered by many, regardless of whether you live in a city or a small town. It’s especially true in Australia, with cities and regions divided into smaller suburbs that many residents don’t leave, meaning they bump into the same people on a daily basis when out for a walk or heading to the shops.

While a quick catch up over a coffee is part and parcel of Australian culture, the confined nature of suburbs can rear its ugly head when it comes to dating. For the single community, chances are you come across the same faces time and time again when swiping through Tinder, or you end up dating someone that your best friend’s cousin has also dated.

The limited pool of potential matches has been restricted even further within the past year, with lockdowns around the world forcing us to stay indoors or, at the very least, close to home, with no chance of heading to bars and clubs to dance the night away and hook up with someone new. It’s a topic recently discussed on the ABC’s ‘The Hook-Up’ podcast, in which host Nat Tencic hears stories from various Australian men and women about the perils of dating in small towns, and if you thought six degrees of dating separation only happened to you, think again.

Lauren in Melbourne, “I had gone on a few dates with a guy, it didn’t go anywhere, it turns out one of my girlfriends had also dated him prior to that.”

“But a few months later we were at a pub and the guy was there, then my friend’s friend arrived, sees the guy, and tells us that she had also been dating him recently and it had just ended. So it turned out the three of us all sitting there having a drink together with the poor guy on the other side of the room, just trying to avoid eye contact with us I think.”

Nat asked the question, “how did you feel with the three of you all realising that you’d trodden on the same ground?” Lauren said, “it’s a little bit strange, but it was probably worse for him actually.”

“I guess in Melbourne, you’re going to think you’re not going to run into those sorts of issues all the time, does this sort of thing happen to you a lot?”

“I think it does, it’s actually quite a small place, the online dating scene at least. There’s always someone who’s spoken to someone else online before you’ve dated them, and bits and pieces like that.”

Laura’s experiences are similarly shared by Zoe in Adelaide, who has a bit of a confusing dating story.

“I dated this guy for a bit and then, things ended whatever, and this other girl started dating him. I was like ‘oh cool, well, we look kinda similar’, whatever.”

“And then I dated this guy who was my first boyfriend. I found out that the girl who dated the first guy, had also dated my boyfriend. We broke up and then that same girl started seeing my friend, sort of, we kind of knew each other.”

“They broke up and then he [the latest guy] messaged me, and we went on a surfing date, hit it off and now he’s my boyfriend, so now we have three exes in common which is fun.”

“Adelaide is a bit too small for my liking.”

Continuing to tell host Nat about the dating scene in Adelaide, Zoe says, “If you frequent pubs at all, you’re going to see the same faces every Saturday night, every Wednesday night, it’s a bit too close to home, but that’s ok, I’m sure she’s a cool person and we have a lot in common.”

Nat then brings up the subject of dating apps and how they could be used to find someone outside of your immediate circle. Features that allow you to adjust the size of your search radius have become more prominent and important than ever during the 2020 pandemic, with many singletons expanding their search in the quest for love. This has even meant some people have been looking to other countries for potential suitors, in the hope they will one day be able to travel there, meet up and live happily ever after.

DMARGE has previously spoken to OkCupid about such trends, and the dating app has shared with us, “Since the beginning of the pandemic, connections and conversations across borders are up nearly 50% among singles, and people are setting their location preferences to ‘anywhere’ more than ever before,”

In Zoe’s case, she didn’t actually need the apps to meet any of the three guys she mentioned, “but I used to use Tinder a lot, but you end up seeing too many faces at the pub that you’ve matched with, so I shut that down.”

“I don’t want another situation like this to happen.”

Fortunately, these situations could well be on the decline, and we have the global pandemic to thank.

Popular dating app Bumble recently shared some data with DMARGE that found over 35% of users in Australia had set their distance filter to over 100km, and 25% of that group had their radius set to the whole country. Of course, until all state borders are fully open, taking advantage of far-flung matches is still a fair way off.

Until borders open and restrictions ease, apps such as Bumble have introduced in-app video call features, which have proven to be popular. On Bumble alone, data shows a 76% increase in the use of in-app video calling during the week ended May 1 2020, compared to the week ending March 13.

If you’re someone who had slid into the DMs of every single person in your town to little success, do yourself (and everyone else) a favour and set your sights further afield.