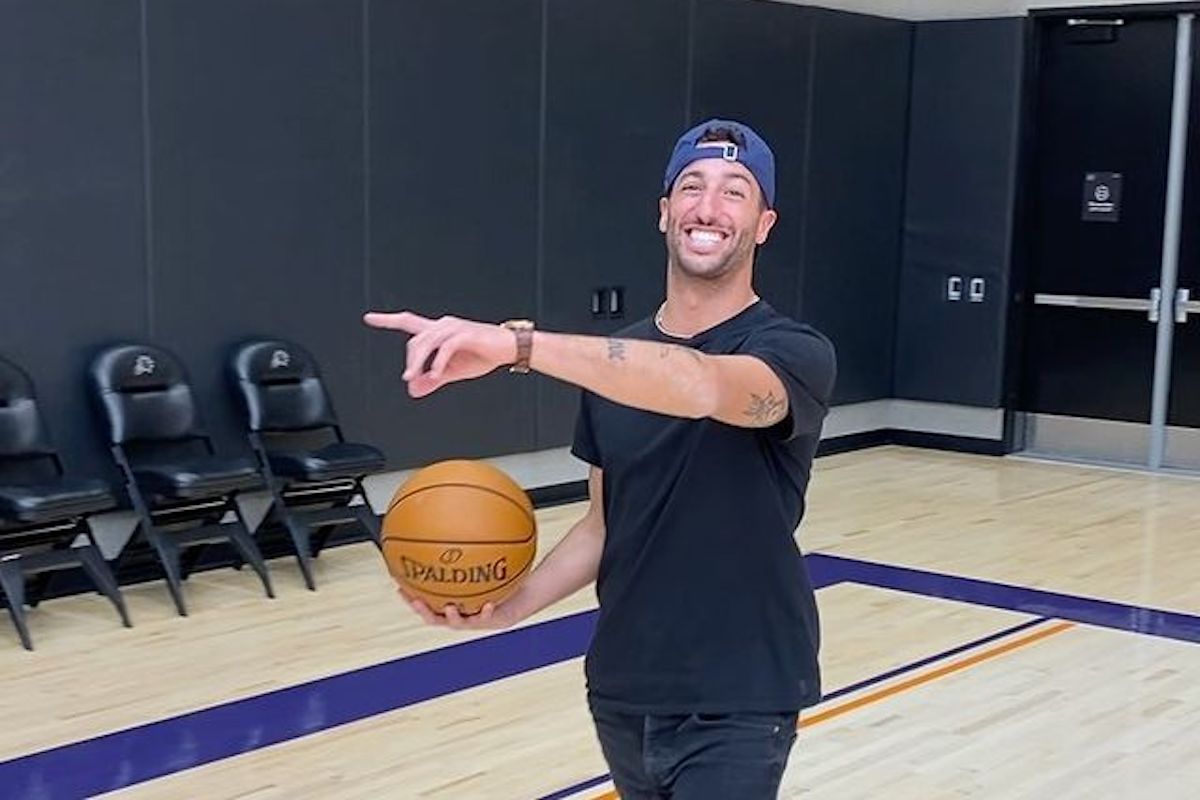 When athletes branch out into different sports, it doesn’t always end well.

Conor McGregor has a great MMA record but a rather disappointing boxing record. Usain Bolt might be the fastest man alive, but that didn’t help him on the football field. And while Michael Jordan might have been the best basketball player ever, but he wasn’t a very good baseball player.

But what about Australian Formula One phenom Daniel Ricciardo? That’s a whole other story.

Not only is ‘The Honey Badger’ one of the most competitive F1 drivers alive today, but he’s proven to be a dab hand at a variety of other sports. Earlier this year, he showed off his skills on the golf course – and now he’s proven that he’s also no slouch when it comes to basketball.

Goofing off at the Phoenix Suns’ practice court, Ricciardo was dared to go for a half-court shot. And the man bloody well nailed it on his first go. Is there anything Ricky can’t do?

RELATED: MMA Fighter’s Priceless Exchange With Troll Reveals Why Honesty Could Save Your Life