Fashion is a fickle thing.

Now, if you’re a member of the fairer sex, then it’s not so bad. Women can get away with it (although it doesn’t mean they should – everyone knows an ‘activewear mum‘ that ought to quit while they’re ahead).

For men, though? It’s arguably the ultimate men’s fashion crime, worse than even socks with sandals. No-one’s told Shia LaBeouf, however, who’s somewhat of a repeat offender when it comes to compression tights sans shorts.

But like any habitual criminal, LaBeouf can’t stop. He’s addicted to this life of crime, and indeed he’s doubled down with the distasteful exercise getup, spotted on the streets of Los Angeles with his girlfriend Margaret Qualley last week wearing the very same Nike compression tights as before – without shorts – plus rocking a greasy mullet and ‘speed dealer’ Oakley sunglasses. 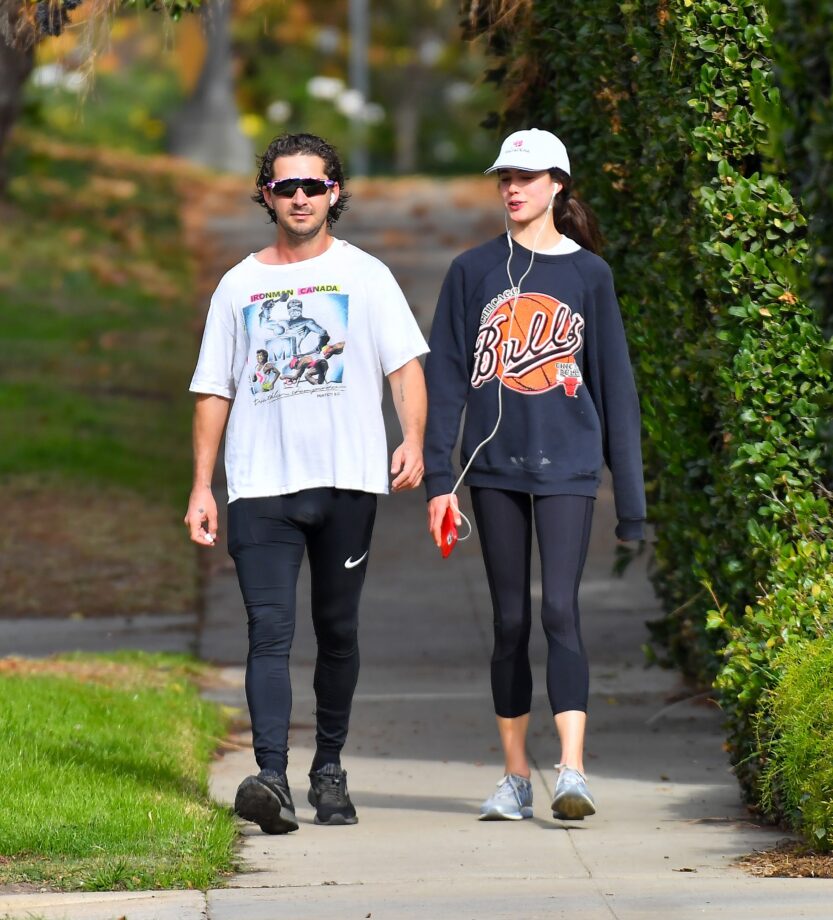 Let’s be honest here: he looks like the kind of dude who owns a jetski or would come up to you at a bus stop and ask you for $2.

But that’s entirely the genius of his outfit: Shia just doesn’t give a single f*ck any more. (Although maybe there are some things he really should care more about…)

It’s also worth putting things in context. He’s going for a run around the block, not attending a red carpet. Sure, if it was us, we’d probably ditch the sunnies and throw some shorts on, but to each their own, we suppose.