Performance cars are kind of like burgers. They’re tasty, can be quite bad for you (well, your wallet at least) and you can add all sorts of toppings to them if you really want to pig out. Is an Audi not enough for you? Why not get the S model, or the RS model if you’re feeling extra hungry for horsepower?

Even more performance car delights can be found if you leave a brand’s showroom, too. While most performance marques have their own in-house ‘go fast’ divisions (Fiat has Abarth, Mercedes-Benz has AMG, Nissan has Nismo, etc.) some are also served by tuning companies who specialise in their brand’s vehicles. Ford has Shelby, Honda has Mugen, Porsche has RUF… You get the idea.

BMW is easily the most complicated when it comes to this sort of thing. Not only do their have their own in-house performance tuner, BMW M, but then they’re also looked after by multiple tuning houses, such as AC Schnitzer and G-Power, who add their own brand of special sauce.

But the absolute cream of the crop; the burger with the works when it comes to BMWs (or tuning houses in general) is Alpina. Rare as hen’s teeth even in their home country of Germany, it’s always exciting when we hear of one of these insane cars making its way Down Under.

Which is why we’re here today: in a rare piece of good news to cap off 2020, BMW Sydney has just brought the very first – and so far only – Alpina B3 Touring to Australia. 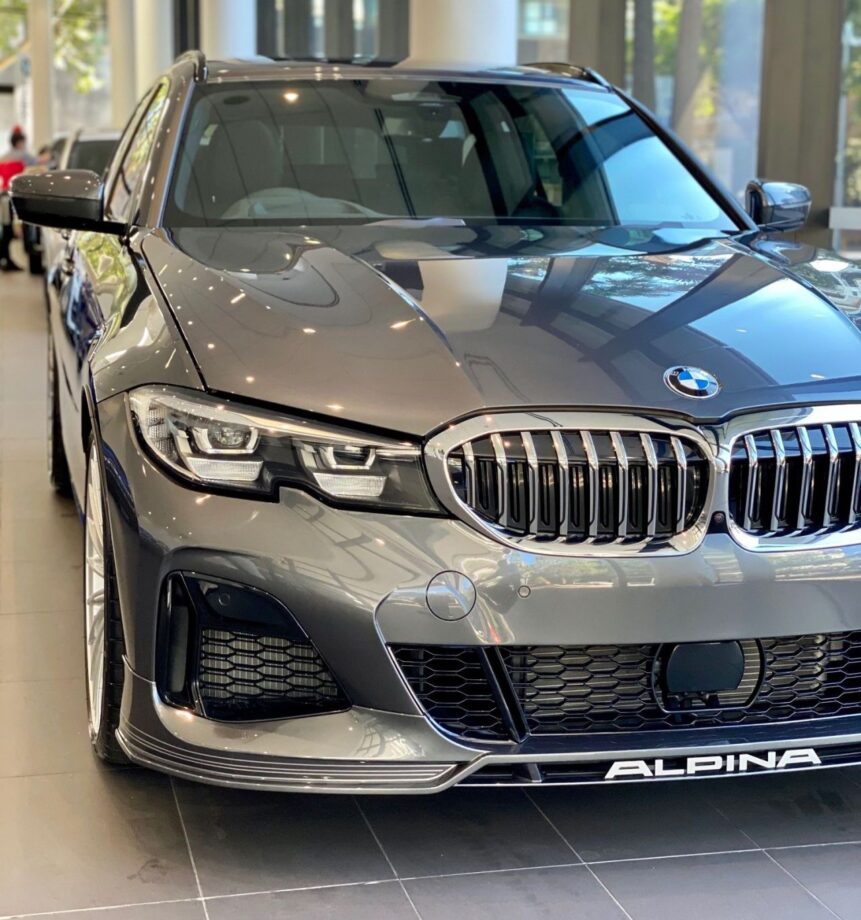 Those six letters make all the difference. Image: LinkedIn

For those of you not in the know, Alpina is one of the OG German tuning houses, and arguably the most respected. In their 55-year history, they’ve only ever worked on BMWs – a real point of difference which speaks to their BMW expertise – and have a particularly unique relationship with the Bavarian brand.

Despite being a separate company, Alpina’s processes are integrated into BMW’s production lines, which also means that they’re classified as a manufacturer instead of just a motorsports tuner. In fact, a weird quirk about Alpina cars is that they have two VINs: firstly, BMW makes the donor chassis, which is given a VIN, and then Alpina modifies the car, crosses out the old VIN, and stamps in their own. Alpinas also have their own unique badging which replaces the BMW badge on their cars: a crest with a carby and a crankshaft, a nod to their motorsport heritage.

Basically, BMW M models and Alpinas get made on the same assembly line… But then they go in very different directions. Where BMW’s M division, which is just a subsidiary of BMW itself, has a track-focused philosophy, Alpina likes to do things a little differently.

They put more emphasis on luxury, higher torque, and often come to different conclusions about how to achieve power gains. All Alpina models are turbocharged (not all M cars are), and Alpina likes to install their own manumatic transmissions. Despite their more luxury-focused direction, Alpinas regularly outperform their M brothers – so you get all the spice as well as all the creature comforts with an Alpina. They’re simply the ultimate BMWs. And we’d argue the B3 Touring is the best car Alpina’s ever made.

Check out the Alpina-exclusive rims and the subtle Alpina graphic that frames the B3’s silhouette. Image: LinkedIn

Look at this handsome devil. It’s based on the seventh-generation BMW 3 Series but makes 55 more kW compared to BMW’s hottest in-house version of the car, the M340i Touring (340kW vs. 285kW) despite using the same powerplant, the twin-turbo 3.0L B58 inline-six.

Sure, BMW M’s new M3 (and its coupe version, the M4) are more powerful than the B3 Touring (the standard M3/M4 making 353kW and the Competition models making 375kW). But the B3 beats them hands-down in the luxury department, benefitting from a hand-stitched Lavalina leather and wood-grain interior. More importantly, it beats them when it comes to practicality – there’s no M3 wagon being sold Down Under, or anywhere for that matter. At least, not yet…

Hell, the M340i Touring that we compared the B3 Touring to just before – which commentators have called ‘the closest thing to an M3 wagon’ – isn’t even sold in Australia. The best we get is the 330i Touring which only makes 190kW from its turbo four-cylinder. Thankfully, the B3 fills that fast wagon void in BMW’s lineup.

In short, the B3 Touring is more comfortable, more practical, and faster than the competition, while also being far kinder on the eyes (not only do the Alpina graphics and badging look great, but the B3 Touring doesn’t have the divisive ‘nostril’ grille the upcoming M3 wagon will be cursed with). Hungry yet? 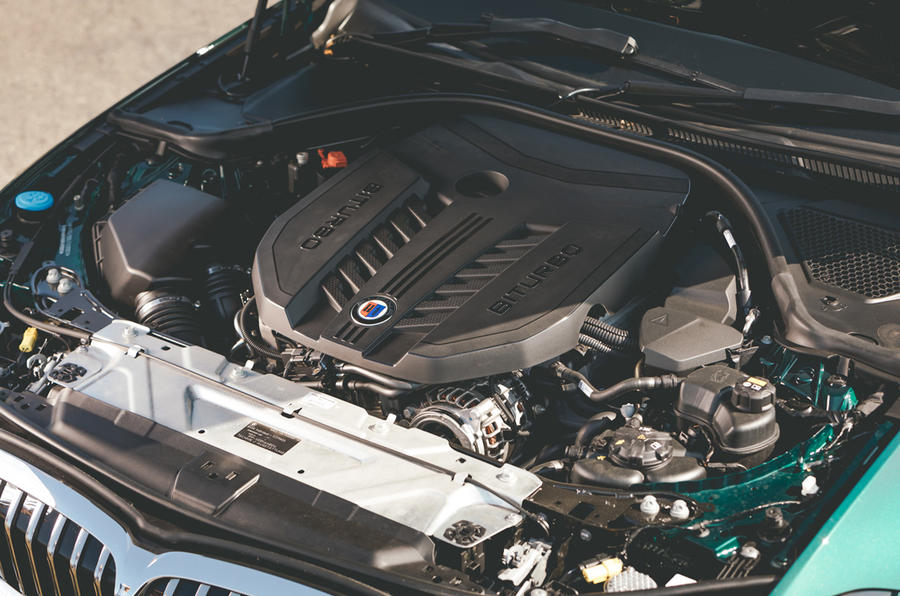 A peek under the hood. Image: Autocar

This rare beastie has already been delivered to what we can only imagine are some very happy customers, so don’t go running out to try and pick it up. But the fact that one even made its way Down Under is good news.

We’re big fans of fast wagons here at DMARGE, so getting even one of these cool cars on our streets is a win. Fingers crossed it’s the first of many that BMW Australia will bring to showrooms in the new year – or, if they can’t get enough Alpinas to meet demand, they’ll start offering their hotter 3 Series wagons to fill the void… It’s called optimism, people.

In the meantime, we’ll gaze on lovingly and be very happy on behalf of its new owners. Viel Glück.