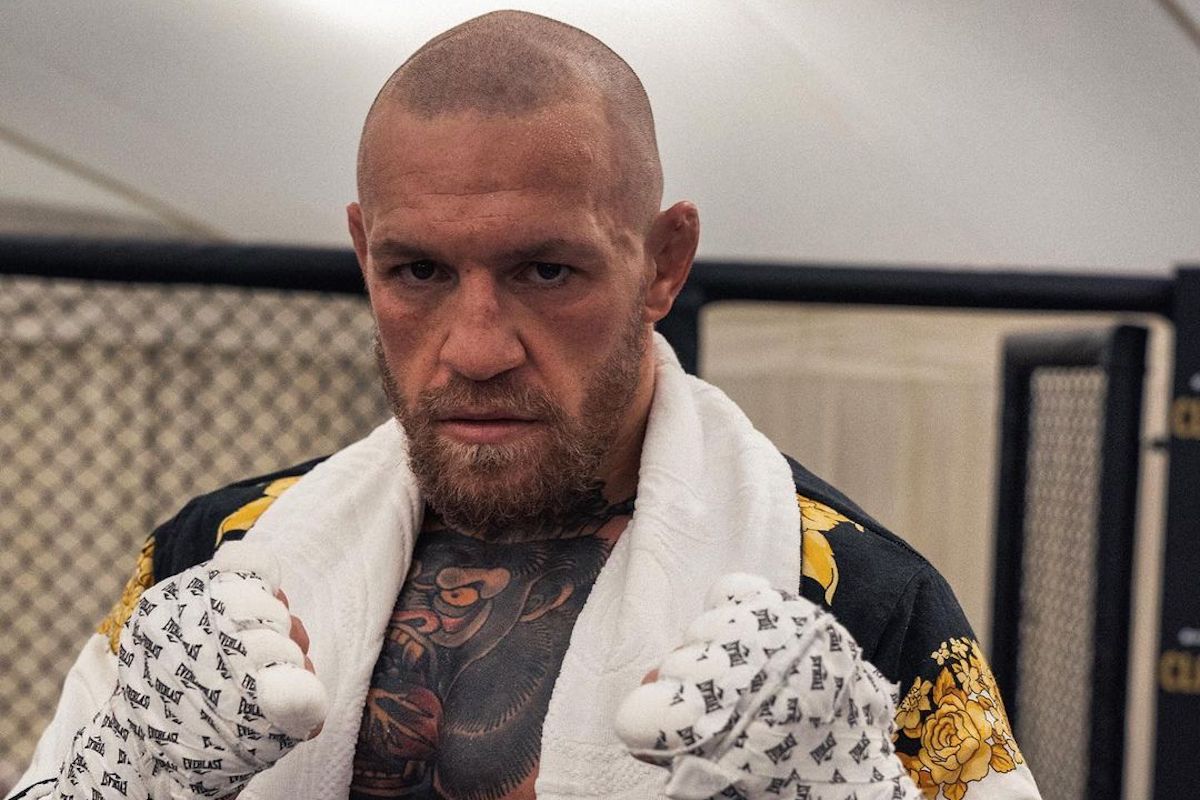 While the Irishman certainly has a penchant for gaudy luxury brands and lavish spending (particularly when it comes to his watch collection) he holds his own when it comes to fashion. Case in point: this slick double denim fit – or his consistently stylish suiting game.

But just like his fighting record, he’s by no means undefeated. Sometimes he lets his worst impulses get the best of him, like with this “Billi no mates” Gucci ensemble he decided to wear to the pub earlier this month.

His latest style move has got fashion fans divided, too. As part of a social media storm ahead of his next fight, the 32-year-old self-described “face of the fight game” shared a photo of himself inside an MMA octagon, wearing a $1,500 Versace ‘Crete de Fleur’ cotton robe over the top of some Under Armour compression shorts, his hands all strapped up, ready to brawl.

Wearing a Versace robe in the ring is the clothing equivalent of dabbing away your sweat with a bundle of cash. It’s one hell of a statement.

It’s not the first time McGregor has indulged in some big-ticket casualwear. Earlier this year he was spotted casually traipsing around Monaco in a $3,400 David August tracksuit and unironically donning Dolce & Gabbana for a gym session. Must be nice being a millionaire…

McGregor’s social media blitz, of which this Versace flex is a part, is all part of the mindgames and preparation the brawler is known for ahead of a tumble. McGregor is hard at work training for his first fight in over a year, scheduled to take on American brawler Dustin Poirier at UFC 257 on January 23.

In other news, social media star (and professional sneaker ruiner) Jake Paul has also challenged ‘The Notorious’ to a boxing match, offering him $50 million to step into the ring against him – but McGregor’s yet to comment on that prospect.