Today, we have unprecedented access to technology. With screens, buttons and microphones quite literally at our fingertips, we’re not left wanting when it comes to daily, automated assistance.

A huge sector within the technology industry as a whole is fitness wearables. These small devices are worn on the wrist in place of – or as well as – a regular wristwatch, fitness wearables have the ability to tell us how fast our heart is beating, distances we’ve travelled, and can even provide messages of encouragement to keep us going when times get tough. While much has already been said of the ubiquitous Apple Watch (and its Android-toting rivals), one of the most recognisable names in the fitness wearable landscape is Fitbit.

Boasting a string of devices that offer accurate heart measurement among countless other features (including incredible battery life), if you’re only concern is to track steps, your daily run or your heart rate, there aren’t many better devices on the market for a similar price. Or are there?

Becoming increasingly smitten with online marketplace Wish (which we have previously used to source a convincing Richard Mille knock-off and an $80 smartphone), we once again perused the pages and found a $9 fitness wearable that looks alarmingly similar to the aforementioned Fitbit, yet had a price tag that seemed too good to be true (even the postage cost more). So, in the name of journalism, we clicked buy and awaited our new purchase with vigour. 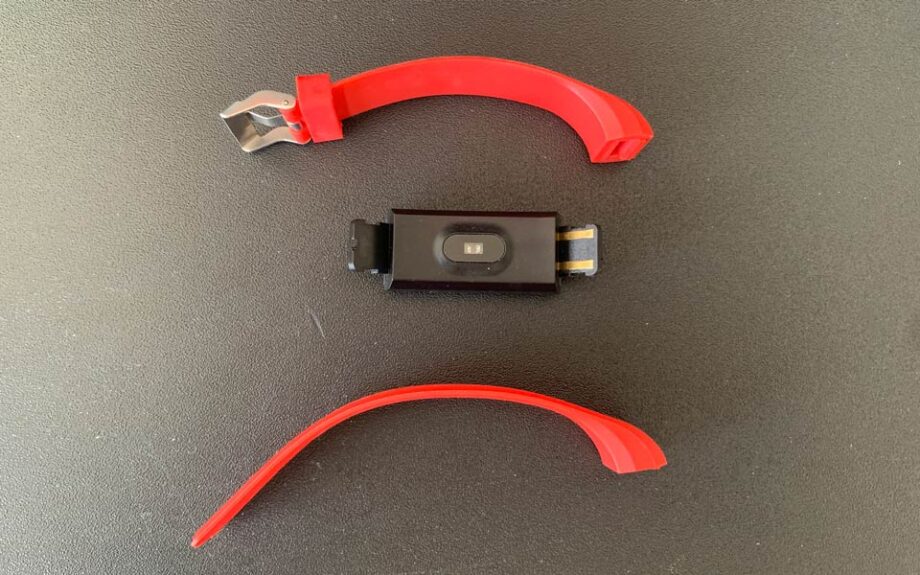 First impressions were good. For a $9 device, the ‘Wishbit’ felt surprisingly well-made, rocking a silicone rubber strap (in our case, a red one) and a solid-feeling central unit. We needed to charge it before the first use and, assuming it charged in a similar way to the Fitbit (by way of a separate cable that housed a charging plate) we were a little confused since there was no such cable in the box. This is where the ‘Wishbit’, in our opinion, shines. The strap is removable, and upon pulling away the top portion, you’re presented with a USB-A connector, meaning you plug the central unit directly into a USB plug to give it some juice. No more instances of mislaying cables around the house is incredibly good news in our book.

Like Fitbit, the ‘Wishbit’ has a companion app. We’re not sure why, but we weren’t able to create an account to sign into it (perhaps English instructions would have helped instead of the default Mandarin). However, you’re still able to perform the majority of functions without. The app was still able to track our daily movements and workouts, and you can set a step goal for each day, and the device will vibrate once you reach it. Elsewhere, the app is surprisingly helpful and intuitive. You’re able to make adjustments to settings on the device, such as choosing which apps can have their notifications mirrored, which hand you wear it on, and you can even use it as a remote to take a selfie from a distance. It works, too. 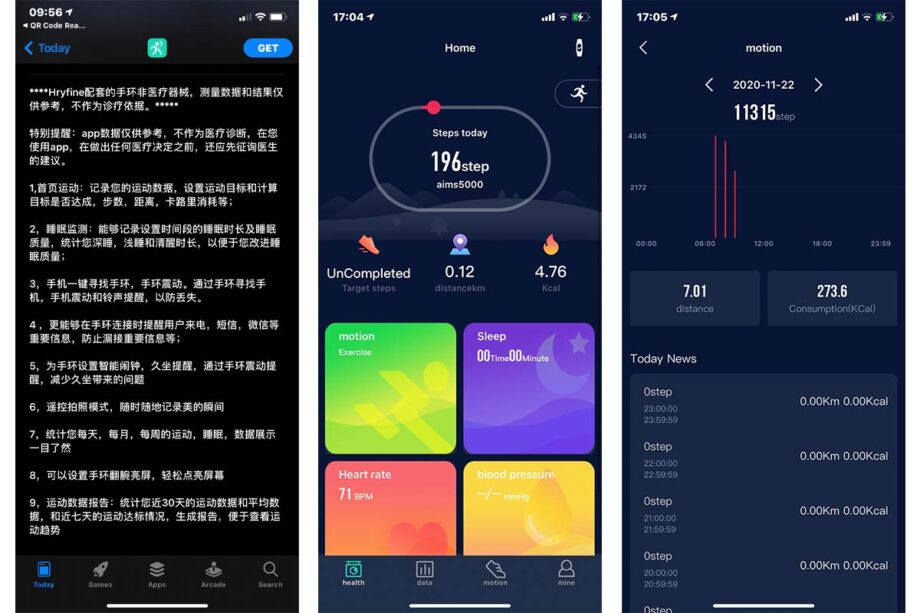 Fortunately, we consider ourselves to be tech-savvy and were able to figure out how to use the ‘Wishbit’ without too much instruction. Image: DMARGE

The ‘Wishbit’ continues to belie its bestowed name by not only offering heart rate measurement – which, while never produced the same figures as our Fitbit Inspire 2, was never far off (we can’t be sure which one is more accurate) – but also by monitoring your blood pressure level. This is something not offered by all Fitbit devices and again, while we can’t quite vouch for its accuracy, does enough to provide some sort of greater indication of your overall health. If $9 could be the difference between knowing when you may need to go to the hospital sooner than anticipated, and keeling over, then it’s money well spent if you ask us.

We did encounter a few minor niggles during our time wearing the convincing-from-a-glance device on our wrist. Firstly, it’s not as comfortable as a Fitbit. While a rubber strap may be soft and flexible, it’s cheap-ness does come into play. The buckle isn’t nearly as soft as the one on our Fitbit, and it digs into the wrist a little too much to the point where we had to keep taking it off to offer our wrist some respite.  Also, the screen itself isn’t that amazing. Not impossible to see at all, but at the same time not entirely clear, not being able to quickly see the number of current steps at a glance proved to be one #FirstWorldProblem too far.

But, of course, you have to remember that this thing did cost just $9. Even a basic pair of passive headphones would set you back more than that, and they don’t have a microcomputer inside, the ability to tell the time, track your steps and even monitor your heart rate. If you’ve been wanting to get yourself a fitness companion but don’t yet want to dig deep to get yourself a Fitbit or any other device from the likes of Apple, Garman or Suunto, you can’t really go wrong.

While those devices can effectively become personal trainers, offering encouragement and daily reminders to get up and get moving (the ‘Wishbit’ only has daily alarms and reminders to let you know when you’ve been sitting for too long) and they may be a little quicker to use in operation with much clearer screens, the ‘Wishbit’ offers plenty for a bargain price. For near-as-makes-no-difference step-tracking accuracy, a handsome design, solid battery life and features you would only expect of a more expensive device, we can genuinely recommend it.

Now we just need to think of a new nickname for it.