Porsche, one of the world’s most well-known performance car brands, has been an unlikely success story from day dot.

Its founder, Ferdinand Porsche, has had a huge impact on modern motoring. Not only did he create the world’s first hybrid car back in 1901, but he was responsible for designing the most successful car of all time: the original Volkswagen Beetle.

But the 911 is by no means the most successful model the brand has ever produced. That honour instead goes to the Cayenne, which as of 2020 has reached one million models produced – overtaking the 911 as the real gem in Porsche’s crown. It’s an interesting turn of events, to say the least.

The Cayenne, since its introduction in 2002, has been one of the most controversial vehicles Porsche has ever produced (and that’s saying something, considering ol’ Dr. Porsche designed tanks for Hitler). Yet the luxury SUV has been one of Porsche’s biggest sales successes, handily beating the 911 to the million-car mark: the 911 hit one million in 2017 after 54 years of production, whereas the Cayenne only took 12 years, according to the firm. 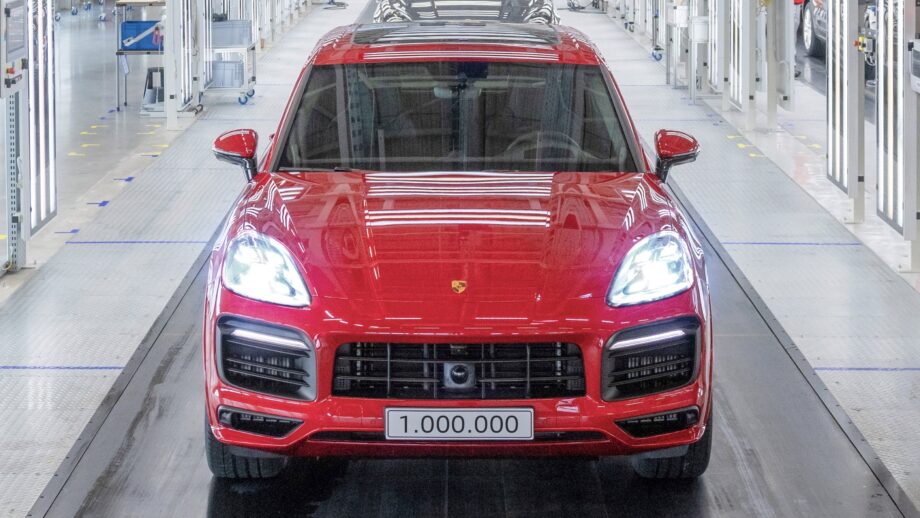 The 1,000,000th Cayenne rolls off the production line in Bratislava, Slovakia. Image: Porsche

When the Cayenne was first unveiled at the 2002 Paris Motor Show, many commentators scoffed at the prospect of a Porsche SUV. It seemed incongruous, like the automotive equivalent of a McDonald’s salad or Gucci flip-flops: it didn’t make sense for such a performance-focused marque to be making Toorak tractors.

But it was actually a characteristically savvy move for the brand. Porsche saw which way the wind was blowing well before most other car brands in regards to SUVs, and got ahead of the curve. On top of that, the Cayenne was no slouch; the car far and beyond what else was on the market performance-wise. Not only was the first-gen Cayenne the first V8-engined vehicle built by Porsche since 1995 (when the Porsche 928 was discontinued) but benefitted from all-wheel drive: it weren’t no soft-roader.

It was an instant sales success, with the first-gen Cayenne clocking up over a quarter of a million sales alone. It couldn’t have come at a better time for Porsche, too. Since the late 80s, the company had been in dire economic straits, like many other sports car brands at the time. The Boxster, which hit dealerships in 1996, was by no means a flop, but Porsche knew that they’d need to do more than sell two-seaters in order to survive. Their gamble with the Cayenne paid off and saved the company.

RELATED: ‘Humbling’ 1951 Encounter That Changed The Course Of Porsche In Australia 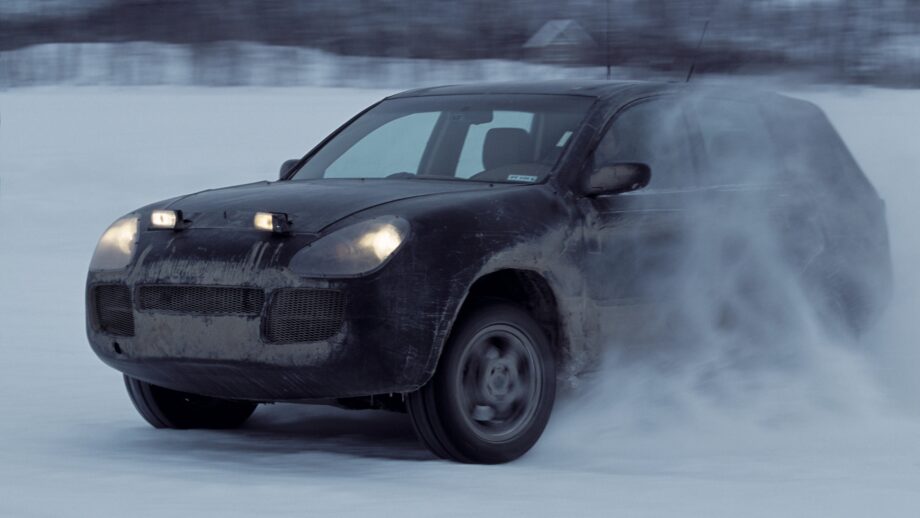 Over a decade later, the Cayenne is now in its third generation and is faster (and more handsome) than ever before. These days most luxury marques have an SUV in their lineup, and have faced similar lines of criticism to what Porsche endured at the turn of the century: the Bentley Bentayga, the Jaguar F-Pace, the Lamborghini Urus…

Porsche haven’t sat on their laurels when it comes to the Cayenne, however, and have used the SUV as a testbed for some of their technical innovations. For example, the Cayenne S E-Hybrid was the first plug-in hybrid in the premium SUV segment, and the Macan – basically a smaller Cayenne – was one of the first luxury crossovers. The Macan too has gone on to be a huge sales success for the company, and Porsche is in a good place as we enter 2021.

What’s next from the Stuttgart brand? SUV sceptics will be glad to know that they’re not the only cars Porsche is busy making. Porsche have been spotted testing the yet-to-be-released 718 Cayman GT4 RS extensively in recent months, and the new “gloriously naturally aspirated” 992 911 GT3 is poised for a 2021 debut, Carfection reveals.