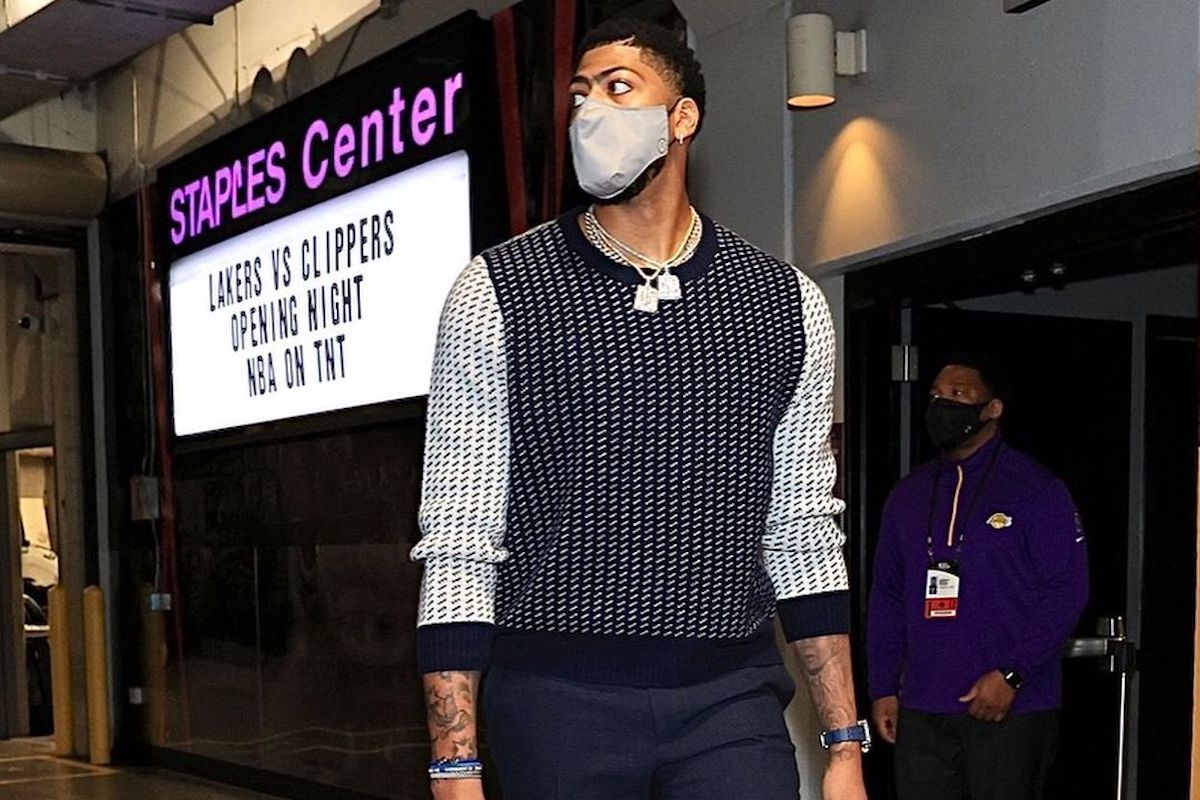 The Los Angeles Lakers are one of the most successful teams in NBA history.

They’ve won 17 NBA championships, tied with their fierce rivals the Boston Celtics for the most in NBA history, and are the fourth most valuable sports team in the world according to Forbes (beaten out by the NFL’s Dallas Cowboys, the MLB’s New York Yankees and fellow NBA team the New York Knicks, although the Knicks don’t even come close to the Lakers when it comes to wins).

Part of the Lakers’ success and popularity comes down to the sheer star power of their roster. The team has been home to some of the sport’s biggest names, like Magic Johnson, Kareem Abdul-Jabbar and the recently departed Kobe Bryant.

These days, their roster is similarly star-studded, boasting players like LeBron James, Kyle Kuzma and of course, Anthony Davis.

Davis, unlike some of his teammates, isn’t quite as flashy and doesn’t court headlines in the same way. Despite this, he’s just as dominant as a player – and just as fashionable, it turns out, as this recent outfit of his reveals.

The 6ft 10in 27-year-old looked particularly dapper in his pre-game outfit ahead of the LA Lakers vs. LA Clippers game on the 22nd, wearing a Todd Snyder x L.L.Bean sweater; Tom Ford pants and sneakers; and what appears to be his Richard Mille RM11-03 with a new purple rubber bracelet – an appropriately Lakers-themed colour combination.

While it’s not exactly a cheap outfit, it’s definitely more understated than the looks some of his teammates have been spotted in this year. And that’s where Davis’ personal style shines: he’s more subdued; more classic; arguably more thoughtful about the way he dresses. If you want to pull off smart casual and still flex on people, take a leaf out of Davis’ book.

RELATED: How To Wear The ‘Smart Casual’ Dress Code For Men

The Lakers wrapped up a stellar 2019-2020 NBA season in October, with Davis and his teammates beating Miami Heat in the finals to nab their first NBA championship in a decade. It was a strange season for the NBA, with the last eight games of the regular season and the entire playoffs being held at a specially-designed ‘NBA Bubble’ at Walt Disney World in Florida.

But their fortunes might be set to change in 2021. Their game against the Clippers resulted in a narrow 109-116 defeat for the Lakers, a disappointing loss in their first game of the 2020-21 season. Their next game will be on Christmas Day against the Dallas Mavericks, also at the Staples Centre in LA.