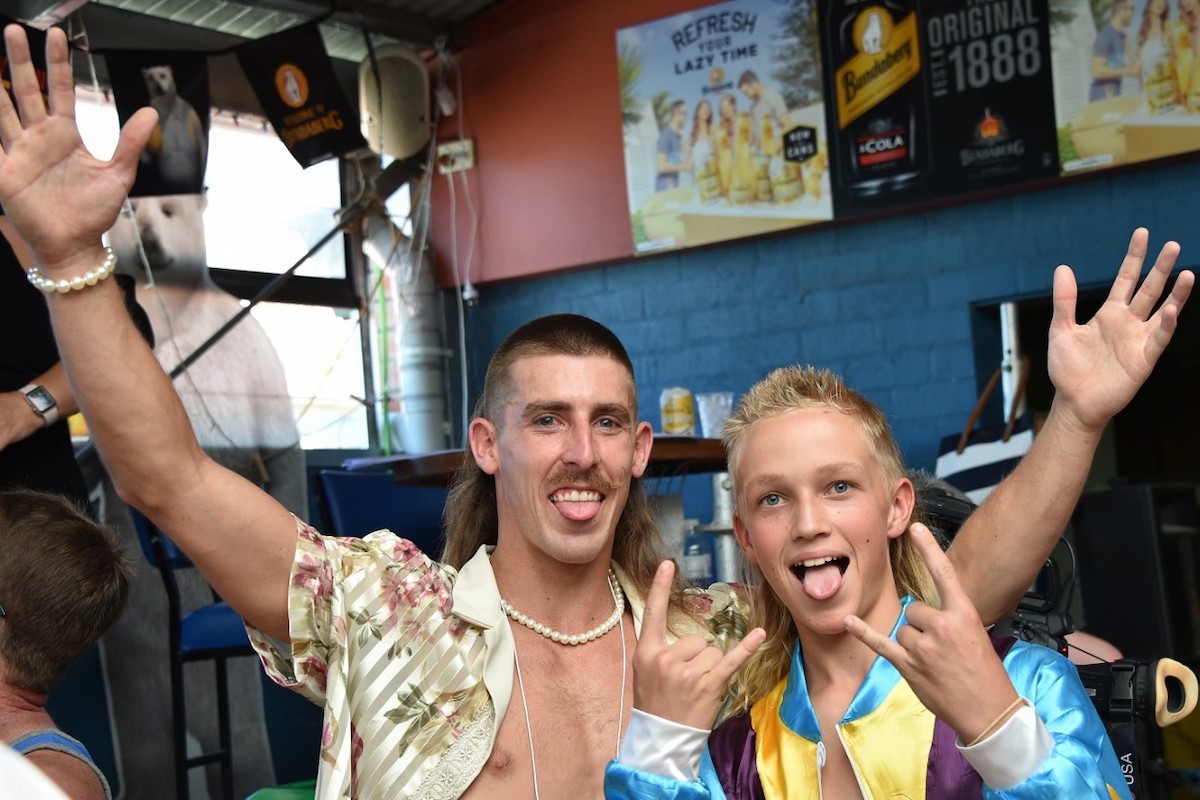 Australian culture can seem quite impenetrable from the outside.

Vegemite and fairy bread; hooning in your Commo; using ‘yeah nah’ to signify both agreement and disagreement… We’re a weird bunch of people, it must be said.

Even more strange is our decades-long-love of the mullet: widely considered the worst haircut you can ever get, Aussies have instead embraced it as a cultural icon. Rather than being something to despise, they’re something to celebrate – as these young bucks have demonstrated.

Hilarious curator of Australiana Kook of the Day shared a video of three young boys, fresh out of a barber’s rocking insane skullets (the final boss of the mullet world), who in a strangely heartwarming moment of haircut camaraderie, are stroking each other’s fresh do’s – “nothing better than stroking your best bro’s mullet”, they quip.

Some might consider it bizarre, but we think it’s quite wholesome: Aussie men tend to be stoic, sarcastic and a bit too macho for our own good. We shouldn’t be so afraid to compliment each other and build each other up every once in a while instead of the constant barrage of gentle bullying and posturing that’s so common between Aussie men.

What we’re saying is – go out and stroke your bro’s mullet. Or rather, remember to compliment your male friends every once in a while, whether that’s about their haircut or their handshake.

Everyone likes a bit of positive feedback.