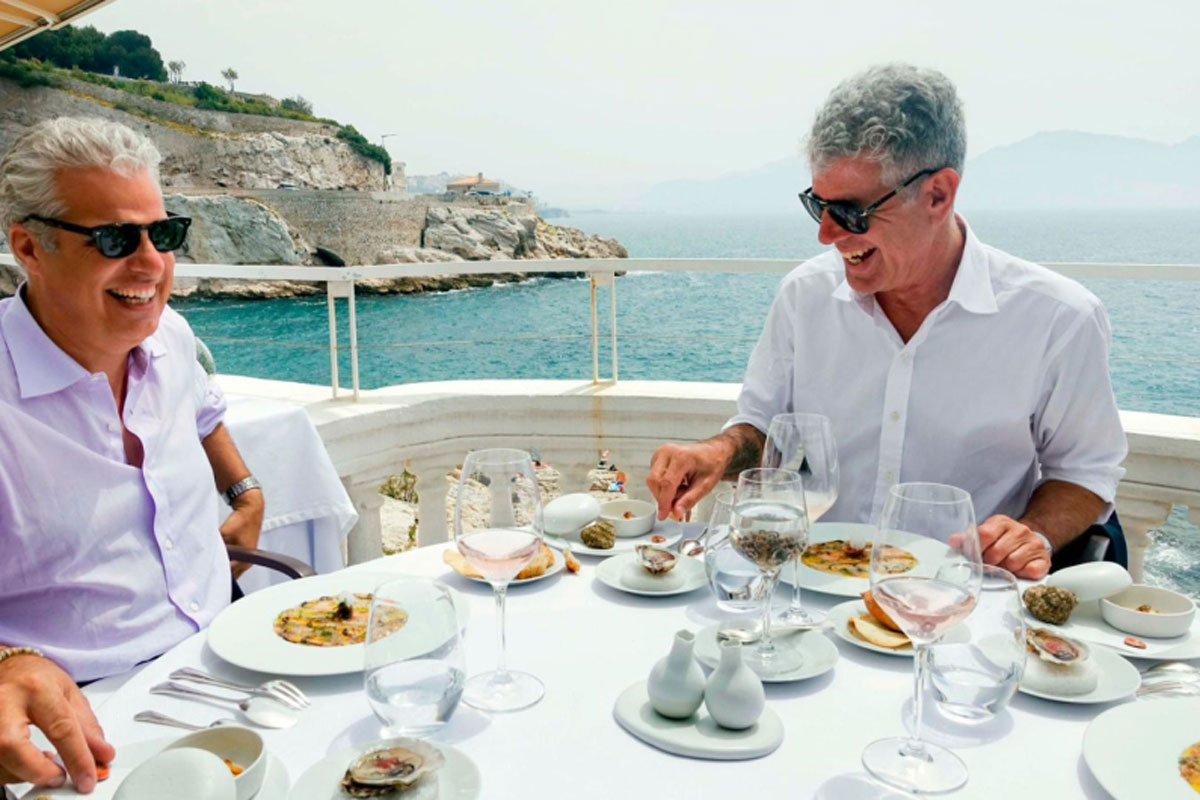 As glitter wine, kale smoothies, nutritional yeast, truffle oil and kombucha sweep the world, ‘traditional’ foodies have been both disgusted and delighted. This raises the question: how old must a dish be to be considered cultural?

Granted: when you’re five plates (and seven beers) deep into a San Sebastian tapas mission and they whip out a cheeky Japanese “edamame” fusion sauce with your Galician Octopus, you’re probably not going to be too upset.

But when your favourite café switches your fries for sweet potato ships (the audacity) you might be tempted to join those pushing back of the bastardization of their favourite meals.

A marriage of convenience? Perhaps. An interesting question? Absolutely.

DMARGE spoke to a selection of lip-smacking experts to get the inside word.

Brett Jeffrey, chef at Sydney French restaurant Bistro St Jacques, told DMARGE, in his view, “If a certain tradition or dish gets passed down through a generation it becomes part of the history of that dish.”

“When it becomes recognised as pertaining to a certain cultural group you would consider it part of their food culture.”

Ben Groundwater, however, an Australian travel columnist, feature writer, tapas lover and host of Traveller’s podcast Flight Of Fancy, told DMARGE earlier this year that, in his eyes, food doesn’t need to be old to be cultural.

“If a country or a city has begun embracing veganism in a real and organic way, going to that place and eating that food is most definitely a cultural experience. It’s just not traditional.”

“To me, culture is the here and now, it’s what people are interested in, what they’re eating and what’s popular right now. If a food scene has a history of innovation, which it does in, say, the Basque Country of northern Spain, then I would consider a movement towards veganism a very real part of that culture that travellers would want to experience.”

Gary Prebble, the owner of Bistro St Jacques told DMARGE much the same: though (by definition) ‘new-age’ food can’t be considered traditional, that doesn’t mean it can’t be cultural.

For Mr Prebble, a “groundbreaking dish” has “a special combination of elements including flavour, texture, aroma and taste that leaves a lasting impression.”

Though some chefs (including the late Anthony Bourdain) have voiced their doubts over the degree to which it is possible to create a groundbreaking dish without “blood and spatter”, Matt Preston, award-winning food journalist, restaurant critic and TV personality told DMARGE, in his view, ‘cultural’ dishes can be created with both vegan and non-vegan food (and that there’s more to vegan food than deep-fried tofu from Coles).

“I would argue that India, Sri Lanka and Pakistan are awash with dishes that are culturally valued or adored above their role in nutrition. Whether that’s mustard oil in potato mash with green chilli and coriander in Bangladesh or daal in India (and elsewhere).”

“Chase the ingredient and you find dishes that take on huge significance all over the world – like hummus or ful medames in the Middle East.”

When it comes to beverages, Seedlip Founder, Ben Branson told DMARGE, “It’s hard to put a finger on exactly the maverick and magic needed to create an iconic beverage.”

“Just like building a perfect cocktail, it’s a delicate recipe of a little bit of timing, a little bit of luck, a big splash of hard work and a lot of understanding on where the world’s at and what consumers want.”

We can’t argue with that (not with our mouths full, anyway).