Sydney is beautiful all year round, but it’s in summer when it really shines. Sun in the sky, jacarandas blooming, real estate agents shouting…

There’s no better time and place to own a convertible than Sydney in the summer. But there’s a big difference between getting stuck in traffic on Military Road in a dumpy Volkswagen Eos and cruising down Bondi Beach in something like this – a 1960 Mercedes-Benz drop-top that’s currently the most expensive car listed on Carsales in Australia.

“The car was used sparingly by Erich over the next twenty five years with trips through Europe… in 1985 with Eric getting older and using the car less it was put into specialised dry storage in Berlin, where it remained for the next fourteen years. Erich passed away in 1997 and his wife then reached out in 1999 to Mercedes-Benz specialists HK Engineering in Bavaria for them to collect the car and prepare it for sale.”

It’s strange to think that this lavish convertible was driving the streets of West Berlin while just over the Berlin Wall, East Germans would have counted themselves lucky to get their hands on a Trabant. Hell, in order to go on his pan-Europe road trips, Spitzner would have had to drive out from Berlin, which despite being divided between NATO and Soviet control, was geographically in East Germany. 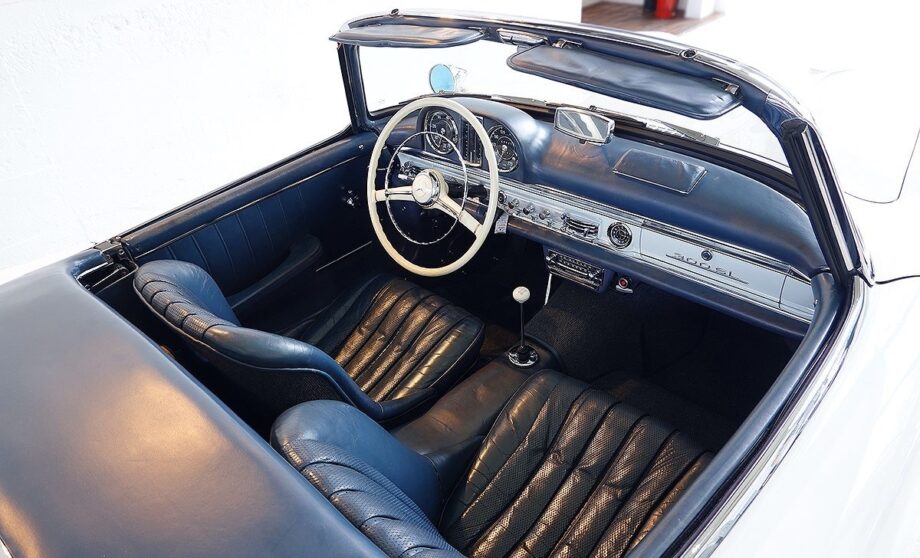 After flitting between a few owners and HK for the next few years – during which time the car got an engine rebuild and fuel pump overhaul – it made its way Down Under in 2005.

“Purchased in late in 2017 by Classic Throttle Shop founders Rory and Karin Johnston, the 300 SL having been a lifetime goal for Karin, being a Stuttgart girl and having amassed over 400 models of the 300 SL… this truly stunning car is ready for its next custodian.”

“The car has a wonderful history file with all its original books, including its original service book, Becker Mexico radio booklet and certificate, its original factory tool kit and jack as well as its original Mercedes-Benz data card… factory optioned with the super rare and very expensive hard top, polished aluminium wheels (standard ones were steel and painted), Becker Mexico Radio, Hirschmann Electric Aerial…”

“Having owned many great classic cars over the years of trading this 300 SL will always be remembered as being a standout example. It’s fast, it sounds amazing, it looks amazing… it is amazing!” 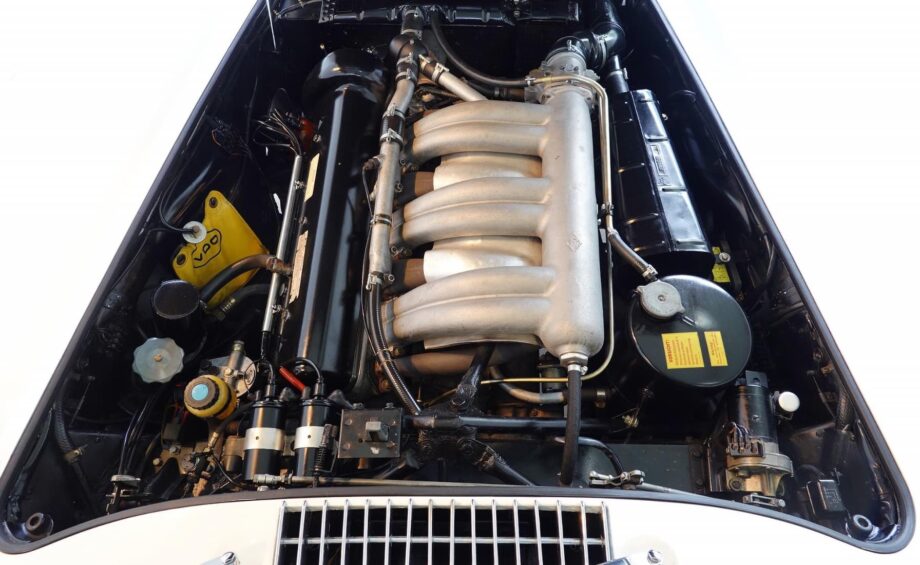 The 3.0L straight-six is immaculate. This is where the magic happens. Image: Classic Throttle Shop

The Mercedes-Benz 300 SL (chassis code W198, the SL standing for ‘super light’) was produced from 1954 to 1963 as both a roadster and a coupé, the latter of which is famous for its gullwing doors and is widely considered one of the most iconic cars of all time.

The roadster variant isn’t quite as rare or famous – no roof means no cool doors – but it’s still a fantastic car. This one’s a veritable time capsule, totally mint and just raring to hit the great outdoors. Sure, $2.5 million is hardly cheap, but when you’re talking smiles per gallon, we reckon this would be hard to beat.

Check it out on Carsales or see it in person at Classic Throttle Shop’s Milsons Point showroom.