Beer used to be the undisputed king of the alcoholic hill here in Australia, with mass-market lagers like Victoria Bitter, Toohey’s and XXXX dominating the drinks landscape.

These days our taste in the ‘amber nectar’ has become a lot more cosmopolitan. IPAs, weizenbocks, saisons and porters fill our shelves and fridges these days, in no small part to the growth of craft breweries across the nation. More and more Australians are eschewing commercial or international beers for locally-produced, independent drops, despite the price premium.

But Australia’s obsession with craft beer isn’t just because craft beer tastes better, has a cooler image, or that people want to ‘support their local’ – although those are all definitely contributing factors. Increasingly, Aussies are supporting craft beer and independent breweries because they’re rare examples of good corporate citizens (read: they make you feel good to drink them). In particular, independent Australian breweries are leading the way when it comes to corporate sustainability and climate change action, thanks to some incredibly out-there thinking.

“If you sit still in this industry, you are dead,” Richard Adamson, co-founder and director of Sydney-based brewery Young Henrys shared with DMARGE.

Young Henrys, one of the country’s most successful independent breweries, is known for their innovative spirit. They’ve long supported the Sydney cultural scene, forging close relationships with musicians and artists. Their latest relationship is of a more scientific nature, and indeed seems to be an exercise in mad science. Peering into their Newtown brewery, one can catch a glimpse of two strange, bubbling green vats sitting amongst their brewing tanks. It’s this weird picture that perhaps explains why Aussies love their craft beer brands. 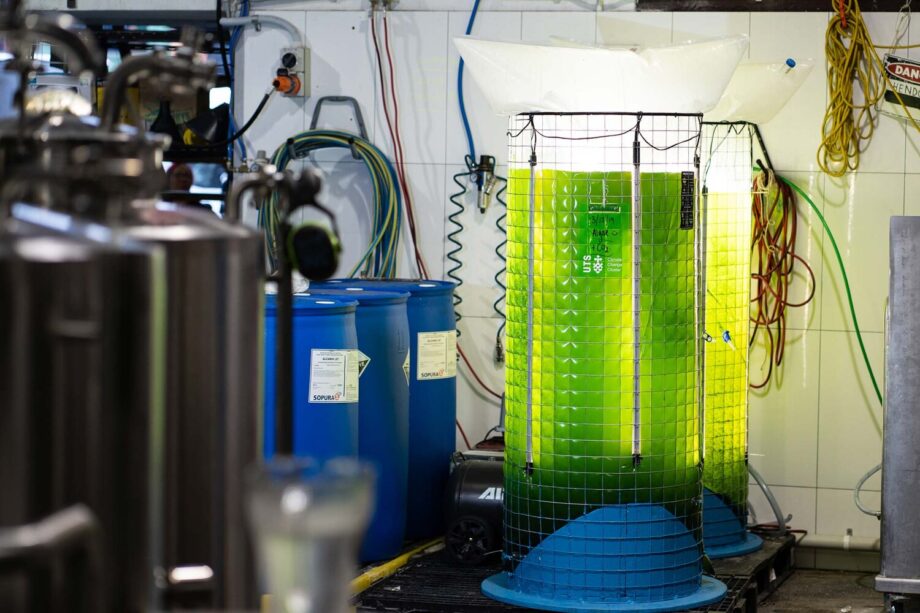 They call it The Algae Project: a collaboration between Young Henrys and the nearby University of Technology Sydney, these green-glowing, 400L vats are algal bio-reactor that contain 20 trillion cells of microalgae. They look bizarre but they serve a valuable purpose: helping to offset the brewery’s carbon emissions.

“Algae is the cousin of yeast… but does the opposite,” Adamson relates. Yeast in the beer brewing process takes in oxygen and produces CO2, whereas the microalgae in the reactor take in CO2 and produce oxygen. These two algae vats absorb as much CO2 as hectares of bushland, all while taking up only a few square metres of factory floor space.

“Our success has always come from building connections with like-minded people… The Algae Project is another part of that,” Adamson explains.

Adamson, who co-founded the brewery back in 2012 alongside Oscar McMahon, reckons that Young Henrys’ commitment to climate action is one of the main reasons Australians have so passionately supported the brand.

“Consumers care about authenticity, and that’s something that’s important to us too. We do this because we love beer and want to make the best beer we can.”

Another independent brewery that’s found a novel way to be more sustainable is Byron Bay’s Stone & Wood Brewing Co. When venues were forced to close their doors thanks to COVID-19, Stone & Wood bought back kegs of their Pacific Ale which were unable to be stored or sold by pubs and bars around the country. Rather than letting the beer go to waste, they then teamed up with gin maestros Cape Byron Distillery, which turned the beer into moonshine – turning a negative into a positive.

On paper it sounds like a real pie-in-the-sky idea, but according to Cape Byron Distillery’s co-founder and head distiller Eddie Brook, there was method to their madness.

“When you produce whisky you essentially start with a un-hopped beer that you distil twice into a clear spirit. When we were distilling the Pacific Ale it wasn’t the clarity of the spirit that I was mainly concerned about, it was the flavour… It was a challenge but we created a damn tasty spirit!” 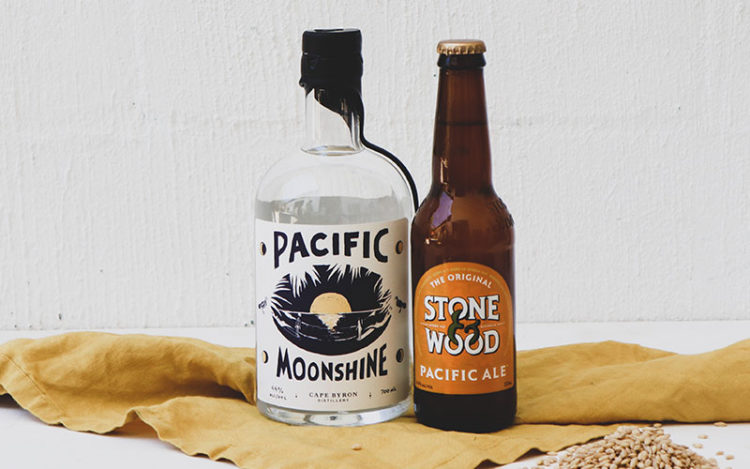 “We’re a brewery that proudly produces quality beer while sharing the love for community spirit, so it was a no brainer,” Stone & Wood Sustainability Manager James Perrin explains.

“Sustainability is at the core of our business, with waste being a key focus, so we couldn’t be prouder that our perfectly good Pacific Ale that couldn’t be sold has found a new home, and has been transformed into a delicious spirit.”

This attitude of ‘sharing the love’ is another big reason why Aussies love craft beer brands so much. It’s one that resonates particularly strongly this year, too. At a time when so many businesses are doing it tough and Australians need to give each other a helping hand, that these two businesses can work together like this – saving waste and creating a genuinely innovative product – is inspiring.

That’s not to discount Cape Byron Distillery’s role in this either. Like their craft beer brothers, independent Australian gin distilleries are also enjoying their time in the sun right now, and have also been notably community-minded, many distilleries pivoting to making hand sanitizer this year to help fight COVID.

RELATED: Why Australia’s Gin Makers Are Leaving The Rest Of The World In Their Wake

Young Henrys also embody that collaborative spirit with The Algae Project, which they partly funded. Richard Adamson relates that he’d like to see all breweries in Australia have algae vats like his does, and he’s happy to share the technology; to “lead by example”.

“If every brewery in Australia had algae like we do, we could cut Australia’s total emissions by 1-2%. At least, that’s the goal.”

It speaks to the quintessential spirit of the ‘Aussie battler’: the underdog going up against multinationals, The Bat Kiss, climate change and waste – and emerging victorious.

Algae vats and beer moonshine aside, craft beer is better for the environment (and your tastebuds) from a purely logistical perspective, Perrin points out.

“Aussie indie brewers arose out of a movement of localization, that is, people wanting to buy from and support small business in their local communities. Whilst some of the bigger brewers can invest more capital into technology, most of the environmental impact of beer comes from the production of the raw materials or the distribution of beer on the road. So if people want to support the industry to be more sustainable, the best thing you can do is buy from your local brewery or distillery.”

“There’s nothing better than having a beer on tap at the brewery: no packaging & no transport!”